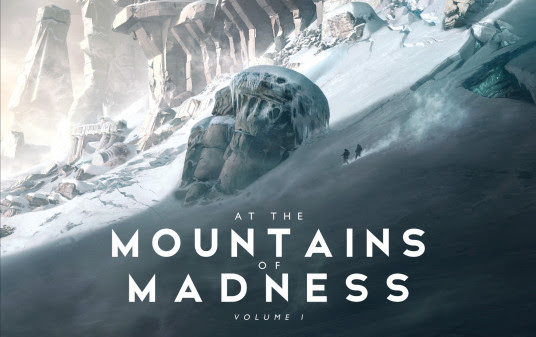 Not just content releasing some of the best role playing games you can get, Free League (or Fria Ligan in their native Swedish tongue) also regularly surprises us with other projects, including the board game version of Crusader Kings. Now, just in time for the gift-giving season, they’re releasing an illustrated version of H.P. Lovecraft’s At The Mountains of Madness, with art by François Baranger. Time to take a look.

When it comes to (interactive) fiction, especially within the realm of horror, a few authors always spring to mind. Modern day greats include Stephen King and Clive Barker, but going back in time it’s hard to find anyone more influential than Howard Phillips Lovecraft. In videogames alone, there have been countless adaptations of his work, and “Lovecraftian” is pretty close to being a genre of its own.

Call of Cthulhu is arguably his most famous/influential work, but At the Mountains of Madness definitely isn’t far behind. It’s the story of geologist William Dyer, who talks about an expedition to Antarctica that he was a part of back in 1931. He does so to make sure a new expedition doesn’t make the same mistakes they did, as Dyer barely survived the events himself. He recounts his horrific experiences through a series of letters, the contents of which are enough to make the hairs on the back of your neck stand up. 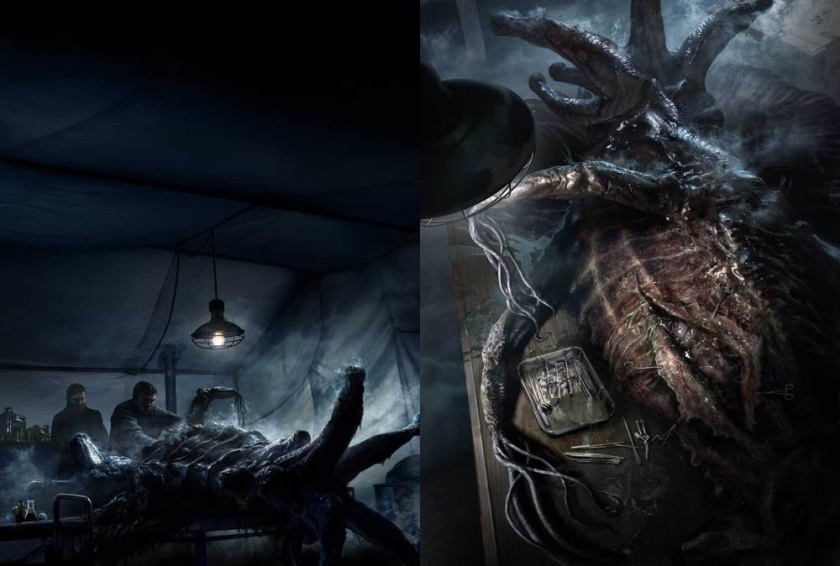 The story itself isn’t new of course (Lovecraft passed away in 1937), but this time it’s accompanied by illustrations from François Baranger, who previously created concept art for movies like Harry Potter, Beauty and the Beast and The Clash of the Titans – all works with distinct visual identities. Videogame enthusiasts will also recognize his work in Quantic Dream’s Heavy Rain and Beyond: Two Souls.

Having already illustrated The Call of Cthulhu, he’s cutting up At the Mountains of Madness into two parts – the current release has 64 pages and makes up volume 1. Printed as a large (26.67 x 36.2 cm or 10.3″ x 13.8″) hardcover book with relatively small print, there is plenty of room on each page to admire the gorgeous artwork. Alternating between a white and black font depending on the background, each page feels like a wonderful blend of text and visuals, and every time I flipped forward I found myself admiring the art before reading, and then studying all the intricate details and subtle nuances further after finishing.

For fans of Lovecraft’s work who are interested in a fusion of the written and visual arts, this would make a great gift idea this holiday season. At the Mountains of Madness is available for purchase right now. 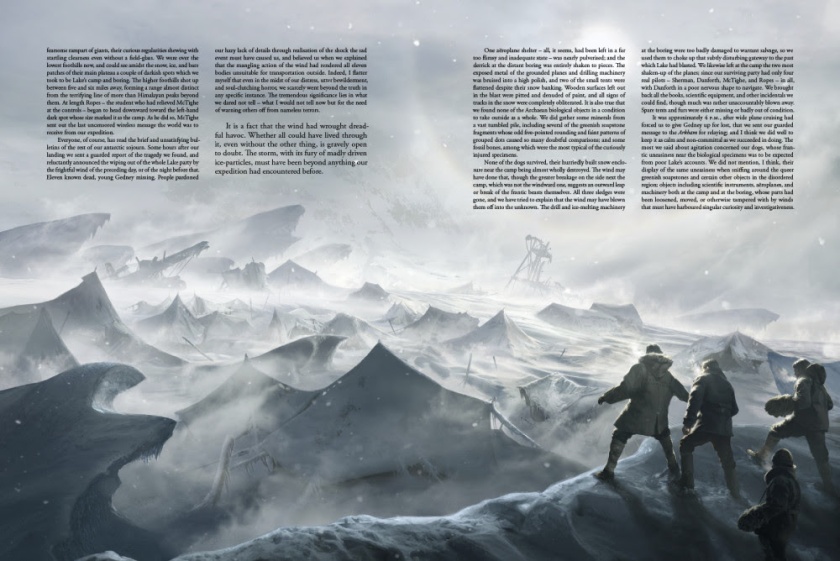 2 thoughts on “At the Mountains of Madness review”