Between current gen and next gen, PCs and consoles and the Nintendo Switch, we’re seeing a lot of re-releases of games. Scaling a game down or up to suit different technology has always been a thing, but in the current landscape it feels like it’s bigger than ever. Time to bundle them in a new format – the ‘port roundup’. For our first edition, we’re taking a look at the surprise release of The Sinking City for PlayStation 5 as well as the recent release of Peril on Gorgon for the Switch version of The Outer Worlds.

The Sinking City now on PS5

When we originally reviewed The Sinking City, we really enjoyed developer Frogwares’ new direction after having produced a number of Sherlock Holmes titles prior to this Lovecraft-inspired supernatural detective thriller. Then, as Frogwares split from published Bigben (now: Nacon), the game vanished from digital storefronts, robbing many players of their chance to explore the city of Oakmont. Frogwares has since acquired the publishing rights to their various IPs and now, without any prior notice, they’ve re-released The Sinking City with a version that was enhanced for the PlayStation 5.

We got to try it out this week, and in addition to the usual improvements like better load times, DualSense support and the inclusion of PS5-exclusive activities, the game also received a visual boost. For those with 4K screens, the game now supports an impressive 3840×2160 resolution while running at 60 frames per second. But you’ll also notice improvements on a 1080p screen, as visual details have been improved across the board.

What’s also worth pointing out is that the Deluxe version of the game features the Merciful Madness DLC, which used to be exclusive to the Switch version and includes three additional quests not in the base game. It’s a shame there weren’t included in the base version for the re-release, but there’s a hefty 30% discount at launch to make up for that. The PS5 version is currently the best version of The Sinking City out there and if you didn’t pick it up at launch back in 2019 then this is a second chance to do so. There haven’t been too many AA PS5 releases yet, so this one was certainly a welcome surprise to us.

Peril on Gorgon released for The Outer Worlds (on Switch)

If you haven’t heard about The Outer Worlds at this point, you’re probably very selective when it comes to your videogame news. Obsidian’s game was one of our favorites when we reviewed it back in 2019, and we later also covered its Switch version as well as the Peril on Gorgon DLC when that launched on PCs and consoles. Now, while we wait for the release of the Murder on Eridanos DLC package, Peril on Gorgon has finally been ported to the Switch as well. 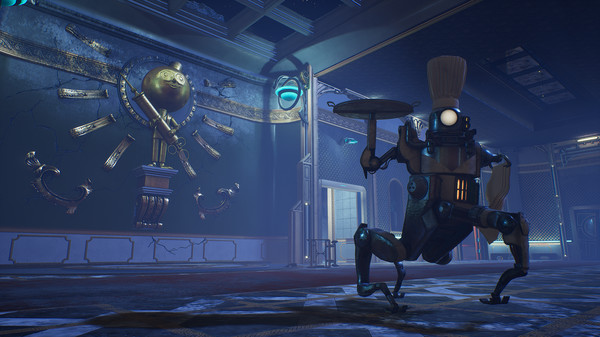 And while it’s identical in terms of content to what was previously released on other systems, we still wanted to dive back into the Switch version to see how it’s looking roughly half a year after its initial release. The answer: much improved! In our original review we commented on how playing the Switch version felt like a significant downgrade from the experience you get on a ‘regular’ console, and even though that’s part of the deal when it comes to Switch ports it made it hard to fully recommend the game to players who also have access to a different console.

Since The Outer Worlds was released for the Switch, one major (1.2) and a minor (1.3) patch were released for the game, and they make a ton of difference in the way you experience the game now. The Switch still struggles to maintain a steady 30 frames per second framerate, but the optimizations that were added in terms of the game’s performance have resulted in sharper visuals as well as increased visual fidelity with better looking terrain (including more vegetation). As such, this brings The Outer Worlds much more in line with the ‘big console’ versions, and even though you’re always going to be sacrificing a bit of performance or a few details, this is now an even more solid recommendation than it already was – we can’t wait for the next piece of DLC, which will also appear on the Switch. 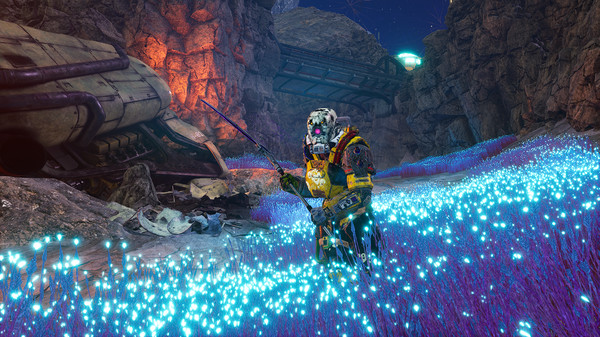