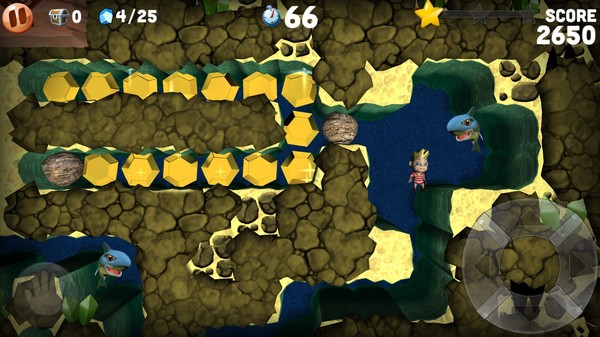 With a relative low number of AAA games on the horizon, it’s nice to see that the indie scene is alive and well. Together we check out another four indie releases, including one of the first Atari VCS exclusives: Boulder Dash Deluxe. Also featured are Natsuki Chronicles, Void Gore and GraviFire.

The Atari VCS had been a long time coming, and you could say that it’s had a bit of a rough development cycle – with several delays and questions asked about its potential and ability to deliver. The team at Atari had stuck with it though, and now we’re seeing some of the very first exclusives for the system pop up – Boulder Dash Deluxe is an eye-catching one that’s not coming out on PCs until next month but can already be played on the VCS.

It’s no Halo or God of War, but in many ways Boulder Days is a great fit when it comes to having exclusives on a console like the VCS. During the development cycle it became very clear that “retro” was going to be a strong part of both the console’s design and its library of supported titles, so what better way to kickstart the launch than to re-introduce one of the most iconic home computer franchises of all time: Boulder Dash. When it launched back in 1984 home computers were barely even a thing and most successful games at the time were (ports of) arcade games or early console games. 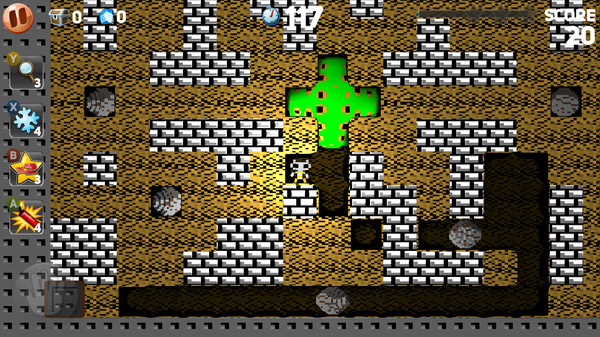 The adventures of protagonist Rockford have endured to this day, and Boulder Dash Deluxe is a mix of the old and the new that will appeal to Boulder Dash fans of all ages. It doesn’t revolutionize the core gameplay of digging your way through caves while collecting keys/treasure and avoiding enemies and falling boulders, but adds tons of content to that formula. With almost 200 levels to play through, including new ones designed by one of the original creators of Boulder Dash, this is quite the collection.

Visually, Boulder Dash Deluxe features a modernized take on the classic 2D with shading effects and customizable characters that add a little depth, but purists can even play in the 1984 style for a truly retro experience. It might not draw in a new crowd, but those with fond memories of Boulder Dash will certainly appreciate seeing it return in this expanded and visually polished form.

Developed by Qute Corporation, Natsuki Chronicles was previously an Xbox One exclusive but was just launched on the PlayStation 4 and Steam as well. We tested it on a PlayStation 4 Pro, for which the game also features support for 4K visuals running at a solid 60 frames per second (the vanilla PS4 does the same at 1080p). 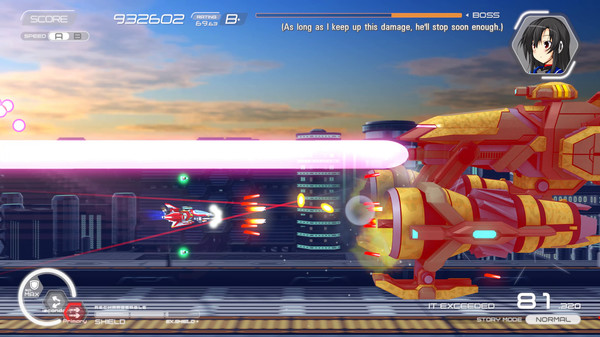 Like previous Qute titles, Natsuki Chronicles is an arcade-style shooter that evokes memories PS4 titles like Sine Mora EX or the upcoming R-Type sequel from NIS America. What’s novel, however, is that it ties into a previous Qute title narratively – so if you played Ginga Force before you might want to brush that one off again or pick up it for a better understanding of the game universe. Of course you can play the game perfectly well without diving into the story, and the included arcade mode even takes out the narrative elements for you.

Visually, Natsuki Chronicles is a striking game and a great looking horizontal shooter. While I’ve mentioned R-Type and Sine Mora already, the often colorful and bright graphics in Qute’s latest also remind me of the classic Parodius series with its cartoon-like aesthetics. It’s a fresh look, and one that pops out at players even more because of a bullet trajectory system that signposts where incoming bullets are heading – useful to help you weave through patterns of enemies in what’s a cross between a traditional horizontal-scrolling arcade shooter and a bullet hell shooter. 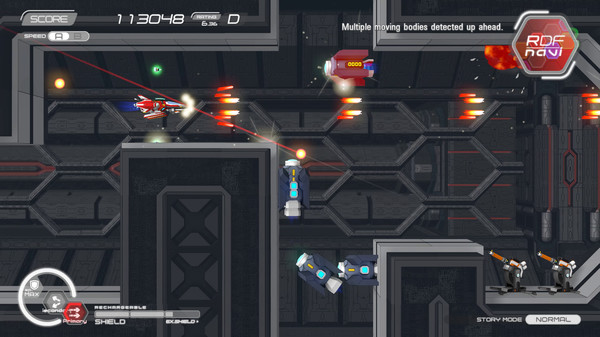 Seeing how the bullets fly only goes so far though, as Natsuki Chronicles is definitely a very challenging example within its genre. Level designs are great, and memorizing enemy/boss patterns goes a long way. You also gradually unlock more and more weapons and customization options, which not only increases your chances of success but also adds replay value – which is also true for the aforementioned arcade mode as it includes online leaderboards. With excellent visuals, good gameplay design and ditto controls, this will tide genre lovers over until R-Type Final 2 comes out later this year.

It seems like only yesterday that we covered Project Starship X by Panda Indie Studio, and now Eastasiasoft is already bringing the studio’s next shooter to consoles with Void Gore. But where Project Starship X was a port of a previous PC release, Void Gore is a brand new title that we couldn’t have played before. It’s out now for Nintendo Switch, Xbox One and PlayStation 4 – with all of that forward compatibility with next gen systems that we like so much. 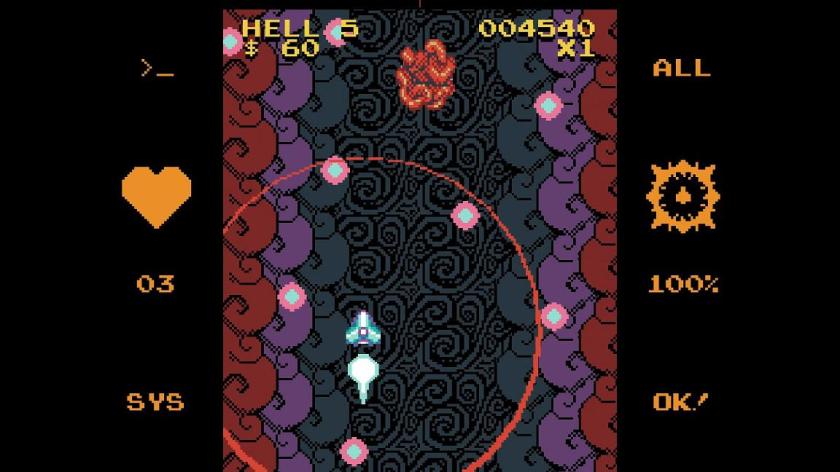 Initially, Void Gore will look quite similar to Project Starship X, despite exchanging the sci-fi setting for one where you descend into the bowels of hell. It’s still a vertical scrolling shooter, the visuals have that distinct retro/indie/pixel-style flair to them and the action gets extremely frantic as the game borrows heavily from bullet hell shooters.

Void Gore is a tighter experience than Project Starship X was though, which was a game that could border on the wacky side. Thematically darker, Void Gore is much more about supernatural horror and eschews any kind of comedic undertone for gritty and challenging shooter action. Levels are randomly generated so you can’t rely on your memory of the enemy’s attack patterns. 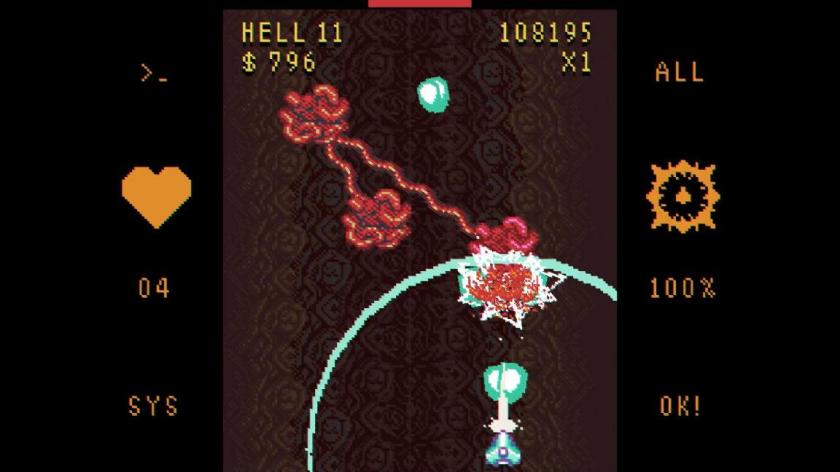 With all the usual mechanics like the ability to upgrade your ship using the credits you’ve collected as well as support for online leaderboards, this is another budget-priced shooter that fans of similar games will enjoy for a couple of hours.

GraviFire is the latest console porting project from Sometimes You, after having been originally developed and released on the PC platform through Steam by Potata Company. It comes out soon for all major consoles, and we had a chance to play the PS4 version early.

For some reason, in my mind, GraviFire was going to be an arcade-like shooter with elements from twin stick shooters and games like Thrust. No idea where that came from, but GraviFire is actually a top-down 2D grid-based puzzle game with a retro aesthetic and a 16-bit kind of visual style. Luckily, I happen to enjoy those quite a bit. 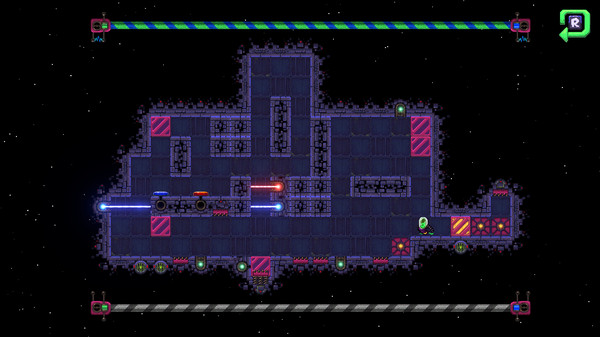 Although there’s a fair bit of block pushing and shoving here to enjoy (THE staple of grid-based puzzle games?), GraviFire’s 50 levels also heavily feature gravity-based gameplay in order to present gamers with a slightly more unique twist on the genre. During a level, gravity will change direction, forcing blocks to fall/slide in a new direction – so you’ll have to make sure you move them towards a spot where they don’t end up sliding away from where you want them.

The first dozen puzzles gradually ease you into the game’s various mechanics (which include other staples like switches and lasers), after which things become more challenging. Luckily, you’re free to leave up to five puzzles unsolved while still progressing, so you’re not likely to get stuck and pull your hair out over a single level. It’s the kind of puzzle game that grid-based puzzle fans will definitely enjoy, especially given its budget price point. 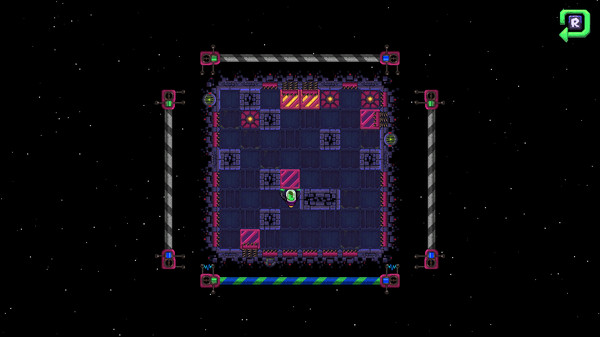