Outbreak: Endless Nightmares is the latest title in Dead Drop Studios’ survival horror franchise that started on PCs but has branched out to consoles – this one even being available for next gen systems! We tested it on a PlayStation 5.

The Outbreak franchise as a whole feels like it’s been around much longer than it actually has, having made its debut in 2017. But with six titles in the series already, Dead Drop has certainly been prolific in their attempts to deliver a horror series with definite nostalgia for some of the earlier Resident Evil games. With a limited amount of supplies and an even smaller bag to carry everything around in, it certainly takes us back to a time before we knew what Resident Evil 4 was like – especially now that Outbreak has gone to a fixed 3D camera instead of its original top down perspective. 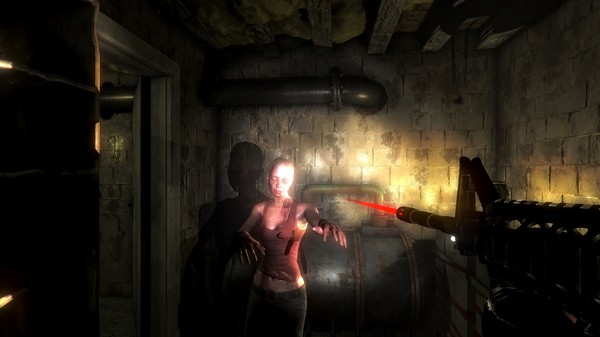 Outbreak: Endless Nightmares translates that ‘endless’ part of its title to roguelike mechanics – leaving you trapped between realities looking to escape. You gradually explore more and more of the game world as you collect coins that help you open up new pathways, and collecting enough of them will allow you return home. It’s easy to see how roguelite mechanics would fit into that, though they also take something away from the traditional Resident Evil sense of having to scavenge to avoid permanent death – a new run is always just around the corner.

As a result, inventory management can get a little sloppy as well. Weapons wear down quickly, so for a while there I felt like I was playing one of the new Doom games – just picking up whatever I could find, replacing it when I found something new, etc. While fine for an action/roguelike, it felt at odds with the retro Resident Evil approach of the Outbreak games. 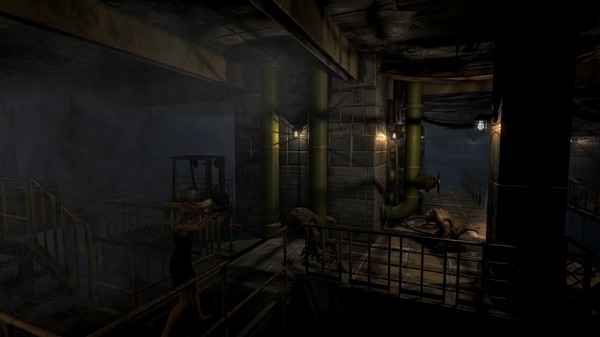 Endless Nightmares, just like previous games in the Outbreak franchise, supports cooperative play. You share your inventory space, but the screen is split – making the need to communicate a big one. This isn’t just true in relation to not wasting resources and tackling enemies together, but also because your view of the action is reduced and you might get trapped more easily as a result.

Audiovisually this may be a native title on the PS5, but because of the retro look and feel it doesn’t feel “next gen” in any way, so don’t get it if you’re looking for a next gen horror experience – you’ll want Resident Evil Village in that case. If you’ve enjoyed the Outbreak games and are curious how it would work in a roguelike setting then it’s worth playing. Co-op is especially worthwhile despite its flaws, since that’s a bit of a rarity in the genre.