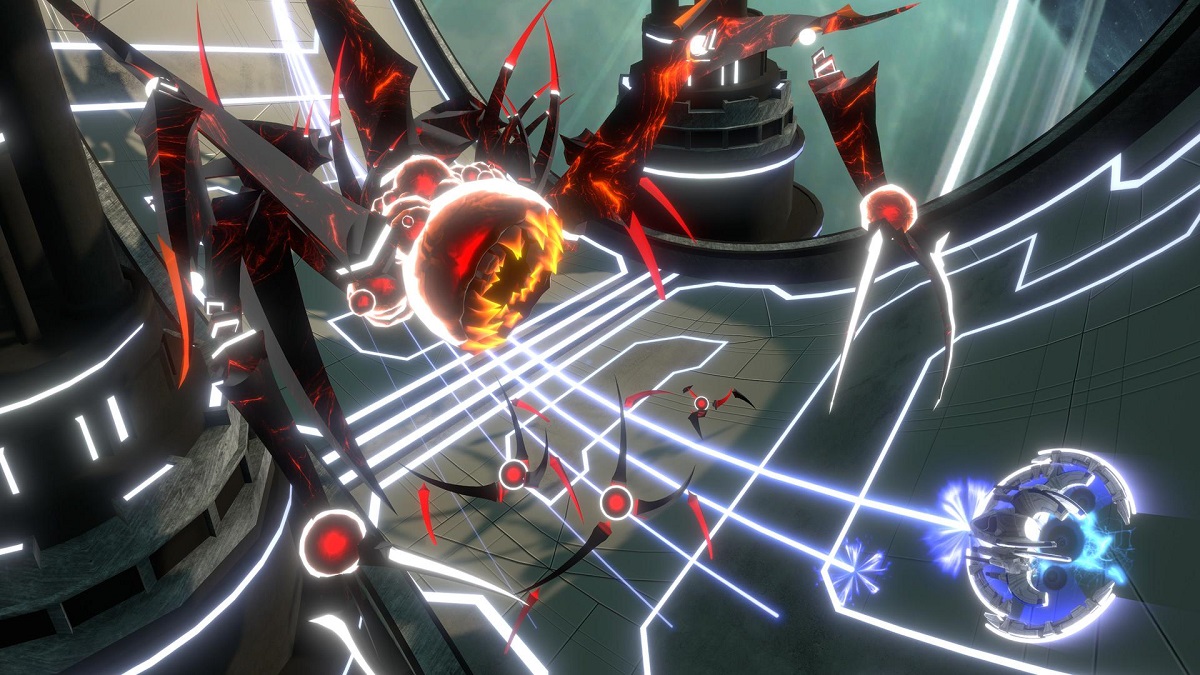 Sci-fi arcade shooter Curved Space is out now for PC, Xbox One, Xbox X|S, PlayStation 4, and PlayStation 5, with a Nintendo Switch version on the way as well. We tested it on a PlayStation 5.

Curved Space was developed by Only By Midnight, which happens to be a husband and wife team as well. They have a clear love for arcade-like games, as the game feels like it’s something that could have come out of a studio like Housemarque at some point in time, pre-Returnal. And like in Resogun, you’ll be looping around levels here – although the concept has been taken into overdrive. 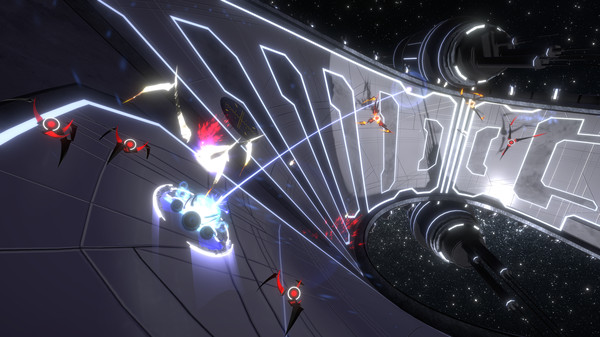 As the title implies, levels in Curved Space are formed by some crazy geometrical shapes – space donuts, loops that put games like Wipeout to shame, and plenty of areas where you’re upside down. Luckily, your spaceship handles gravity pretty well, and your arsenal of weapons is also equipped for these conditions.

How Curved Space plays is somewhat like those ‘hacking’ missions in Ratchet & Clank: Rift Apart – essentially a twin stick shooter where the levels let you loop around and go upside down. This one heavily expands on that formula though, which much larger levels, a faster pace and plenty of weapon pickups – from missiles to lasers, all acting differently. 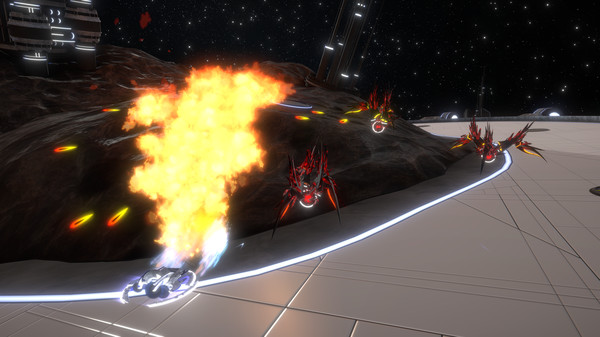 In addition, you can also use an overdrive option that amplifies your offensive capabilities and lets you briefly deal a lot more damage – often also supercharging your weapons for a short period. There’s also a leash, which is a more original mechanic that lets you chain enemies to anchor points in the level, making it easier to hit them. These anchor points also drain the enemies of energy that is then handed back to you to help you charge your overdrive again. Mastering and combining both is a crucial key to success, especially if you’re able to use your weapons effectively – picking the right one for the right situation rather than just grabbing whatever is near.

Curved Space does have its downsides though. Because of the intricate level layouts it can be difficult to know where enemies are by the time you get close to clearing a level – which is obviously rarely an issue in arcade games that take place on a 2D plane or even within a single screen. The game also misses a good hook that helps you to keep playing, with little in the way of an exciting in-game narrative or progression that helps the gameplay along. As such, this is a fun game, but one that’s best enjoyed in short bursts.