Time to look at three high profile ports that were recently released with plenty of new content and polish in tow. Join us as we look at the next gen version of Death Stranding in a Director’s Cut, the surprise launch of Actraiser Renaissance and MechWarrior 5 for the PS5, which launched alongside a brand new DLC campaign.

The PS5 version of Death Stranding isn’t just a straight up port of the hit 2019 release for the PlayStation 4, but delivers a few new features as well as new content. It doesn’t make for an experience that’s radically different than what we played (and reviewed) before, but it did make Sony decide to dub this one a “director’s cut” – a slightly revised take on a game that’s as unique in 2021 as it was two years ago.

Much has remained the same, and because we covered the game already we’ll mainly focus on what’s new. This includes new equipment that was mostly designed to make things a little easier/more streamlined so that certain sections don’t feel like too much of a struggle anymore. A good example of this is the cargo catapult that you can now use to literally launch your cargo across terrain that’s difficult to traverse or is sprawling with enemies – making your job of getting through just a little easier now that you don’t have that luggage to worry about for a while.

Death Stranding now also has a firing range that helps you to get familiar with (the differences between) the game’s weapons, which now also includes a tranquilizing gun. What this is normally just a part of a game’s tutorial, the gun range also comes with its own drills, which include leaderboards for the competitive among you. You’ll also find them in another new feature, the slightly less natural fit for Sam’s adventure that is the race track. It includes a variety of tracks and vehicles on which you can compete, in what is literally and figuratively the biggest change of pace that the director’s cut introduces.

Much closer to the core experience, however, is the Ruined Factory, a new location that emphasized stealth as you infiltrate a facility and take down the MULEs inside, preferably without setting off the alarm. It’s a clear nod to Kojima’s Metal Gear Solid games, and because it was implemented well it’s a highlight among the new content – its biggest problem being that it’s over all too soon. 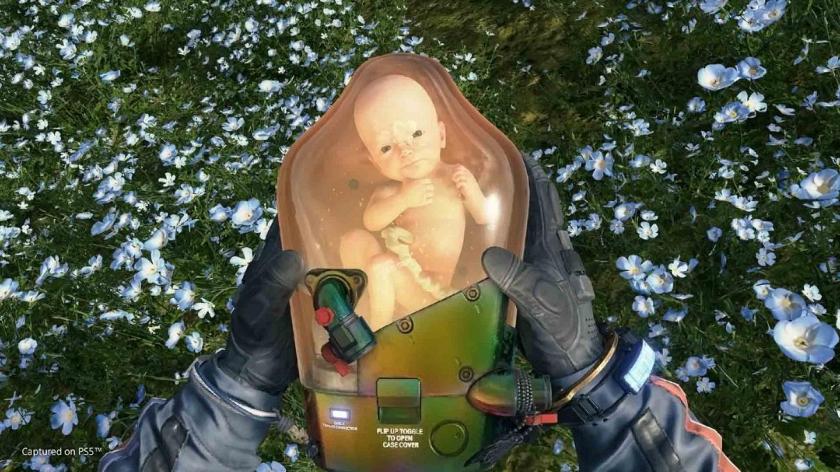 Then, of course, there are the technical improvements, with 60 frames per second in performance mode and gorgeous improved visuals in fidelity mode. Load times have been drastically reduced, and for the best results you’ll want to play the game on a surround system or with a good pair of headphones. Add DualSense support, and you’ve got a version of this game that was improves in many areas for its PS5 release. It won’t win you over if you didn’t like it on PS4, but this is now clearly the go-to version.

What a surprise Actraiser Renaissance was, when it was announced during the Nintendo Direct event last week. Not only did we not see it coming, it was also being released immediately AND was coming to additional platforms as well – which gave us the chance to check it out on a PS4.

Even though the original game is over 30 years old at this point, Actraiser’s mix of 2D platforming and city building elements, first introduced on the SNES, is still quite unique. Narratively, you’re a god-like being looking to defeat the dark lord Tanzra, and each area has you first battling through a 2D side scrolling level that ends in a boss fight, after which you can grow your settlement before freeing it and moving to the next area.

Rather than just a straight up port with flashier graphics, Actraiser Renaissance also polishes the core gameplay experience in a few ways. Because the original SNES controls would have felt clunky and stiff by today’s standards, it’s nice that you can now dash and lunge, making you feel much more agile this time around. Collectible gems are also new, and allow you to become stronger during a level – which in turn help you during the boss fight. There’s plenty of room for this as well, because levels are both larger and feature more hidden and alternate paths than before.

The city building portion of Actraiser has also been expanded upon. These scenarios will now often take over an hour to complete, and are filled with characters and objectives. There are also tower defense-like scenarios in this mode now, which include you preparing your settlement by upgrading forts and sending out your champion to help fight the incoming forces. You can also activate your miracle powers, and eventually you’ll discover a good amount of tactical freedom in these battles. It never feels as streamlined as modern city builders and/or strategy games do, but the tweaks do feel like necessary additions to otherwise dated/simplified gameplay mechanics. 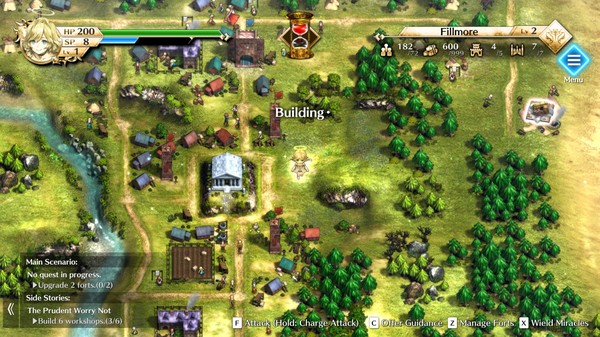 Then of course there’s the audiovisual upgrades. A new anime-like style brings characters to life with a lot more personality than before, and there’s a good amount of variety between the look and feel of the different areas you visit as well. The modern technology in today’s consoles feels underused though, possibly because the new Actraiser is also available for mobile platforms. That wouldn’t explain less-than-stellar performance though, as you wouldn’t expect anything but silky smooth scrolling on a PS4 – yet that’s not what we saw and this one needs some post-launch love.

Despite that, it’s lovely to see a classic like this reemerge on modern platforms. The changes that were made are mostly for the better, and the soundtrack is absolutely great – featuring both the original SNES tunes and new reworked versions. Actraiser Renaissance needs a bit of optimization, but it’s still a pleasant surprise for those nostalgic for the original.

Wait? MechWarrior 5, again? Yes, the game that originally launched on PC and then was ported over to Xbox later now has a PlayStation version as well, with a native next gen build as well as one for the PS4. Best of all, of all these versions feature cross-play compatibility, so it doesn’t matter which system or generation you’re on – you can play online against others, which is still the best way to play MechWarrior 5.

The game itself hasn’t changed in the transition to PlayStation, although the PS5 version does support the DualSense controller – which obviously works great for a game of this type, as you can literally feel the firepower of the weapons you have attached to your hulking mechs thanks to haptic feedback and the adaptive triggers.

But with the game intact, the most interesting new element is the simultaneous launch of the brand new DLC episodes dubbed Legend of the Kestrel Lancers. Steeped in MechWarrior lore that will be over the heads of many, it does a good job at providing some narrative-driven fan service in a game mostly fueled by its online gameplay.

As a mercenary who fights for the titular Kestrel Lancers, you’ll fight in the 4th Succession War, which means you’ll also be a part of large combat scenarios where more is happening than just the individual fights you’re involved in – a nice sense of scale that goes beyond building an outfit and just simply completing the 14 missions included in the new campaign. One thing that’s different from the original campaign is the fact that all missions feel connected to a single grand battle because you won’t have time to fully repair and heal your mechs and pilots in between the action – which constantly keeps you on edge as losses and damage have far-reaching consequences.

Other new additions include melee combat, four new mission types and additional biomes, including a new type of city – the MegaCity. Its name isn’t exactly original and we had cities, but this particular type has so much verticality and building development that it creates unique opportunities for cat and mouse type gameplay. Add almost two dozen new mechs into the mix, and you’ve got a wealth of new content to enjoy – thinking back to the first MechWarrior 5 release makes that one seem very bare bones now. They had to wait a while for it, but PlayStation owners are able to jump in at the very best time.