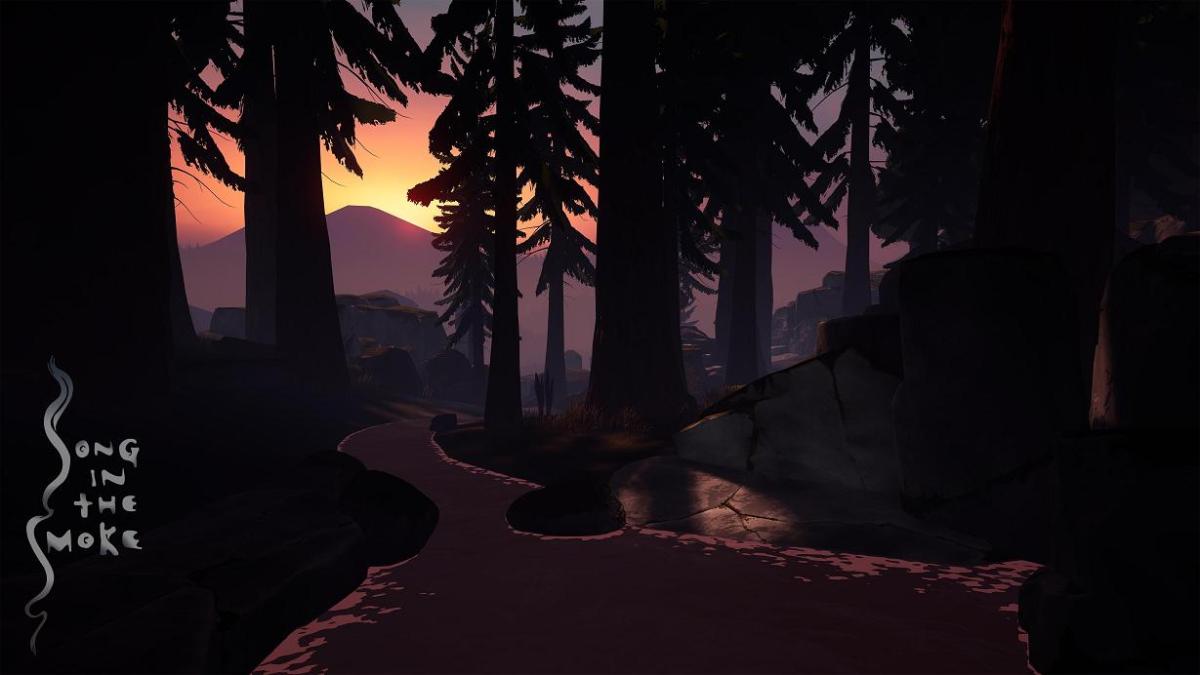 Song in the Smoke is a survival-based adventure title that’s exclusive to VR. Developed by 17-BIT, it’s out now for Oculus platforms and PlayStation VR, and it’s one of this year’s top VR titles.

Featuring eight stages spread out across a narrative full of mystery, Song in the Smoke has you crafting weapons and tools, gathering resources and taking care of yourself – the latter of which includes building a daily campfire to ward off the creatures that lurk in the darkness of the wilderness around you. Let the fire go out, and the eerie sounds that come from the dark are truly unsettling, and you might lose more than your sleep that night.

That may sound like a setup for a horror game, and some elements of Song in the Smoke are indeed terrifying, but once you get comfortable with its mechanics this is a game that’s mostly about an addictive loop of getting through each day while pushing the narrative forward. A lot of that is about exploration of the beautiful and diverse environments around you just as much as it is about hunting for resources and food, as a short tutorial explains how to prepare things – including medicine and a warm meal. Your campfire (that you build yourself) comes into play here too, and you’ll also use it to dry animal hides.

Early narrative elements are represented by a strange bird-like creature with three heads and a human face on its chest which becomes a regularly recurring guest in your travels. You’ll also come across mysterious glowing pillars, and finding enough triggers a hunt for a special spirit animal – the key to moving on to the next area of the game that will present you with new challenges through different environments, creatures and resources.

As long as you make sure you stay safe from harm, you can take things easy in Song in the Smoke, and exploring can lead to rewards like permanent upgrades and additional resources too. You’ll always need food, rest and the safety of the campfire though, so there are parts of the cycle that keep repeating themselves over and over again if you decide not to push for the next story beat right away.

You can spread out your campgrounds in a level as makeshift checkpoints (though saving isn’t automatic), but are limited to three per area. A good spot usually has cover from the rain that would destroy your campfire, but those spots often don’t offer a good line of sight for dangerous animals that might be approaching. You may bump into them while exploring too, so it’s a good idea to save whenever you get to a campsite.

Visually, Song in the Smoke is an atmosphere-rich treat, though the Quest version takes a noticeable hit when it comes to the level of detail is provides. The large environments and lighting effects remain impressive though, so even on the mobile/wireless headset this is a good looking title. UI elements like the inventory are handled well by only popping up when you look down at them, though in a good example of “less is more” we wish there wasn’t a UI popup whenever you ate – this could have been handled with sound as well, which is a strong mechanic elsewhere.

Motion controls are used to great effect through hunting, preparing food, building fires and mashing plants together, and the game supports full locomotion for even more immersion. Climbing obstacles and walls is strangely handled by teleporting rather than having you grab hold of ledges and handholds though, so hopefully this is something that a future update can patch in.

Song in the Smoke is a great example of a survival-based VR game that makes a lot out of the unique aspects of the medium, making use of motion controls and sound for immersion to create a memorable experience the scope of which we’ve rarely seen on a headset like the Quest.