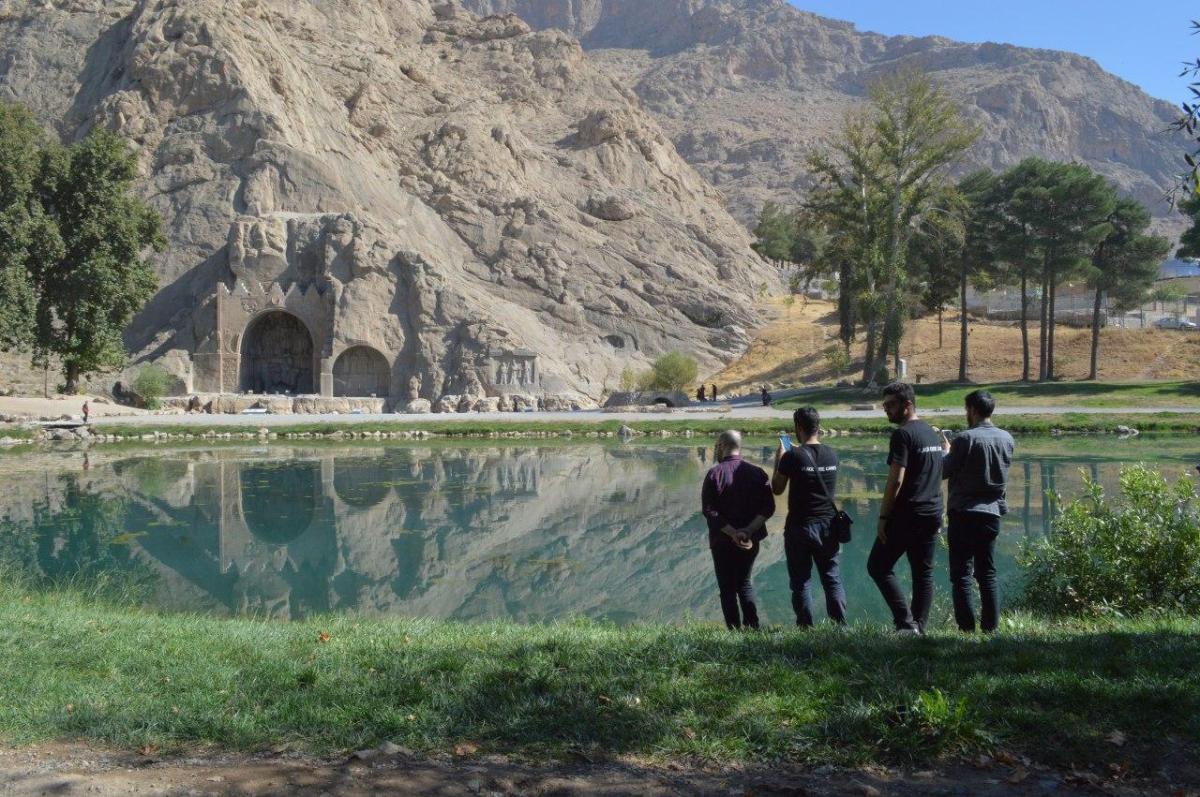 We recently met with developer Black Cube Games to take a look at their upcoming game The Tale of Bistun, which blends action adventure gameplay with Persian mythology. Here’s a closer look at the game through an interview with the team.

The team at Black Cube Games has Persian roots – how did you end up meeting and working together in Amsterdam?

Actually, we knew each other from our home country (high school, college, …). At some point, we decided to move to the Netherlands to follow our passion for game development more conveniently.

The Tale of Bistun is based on Persian mythology – something many gamers won’t be familiar with. What are common themes in Persian myths?

Well, first of all, we thought Persian and Zoroastrian mythologies as a setting could be interesting for the international players who are interested in historical and mythological atmospheres because they can play something different than all of the Nordic or Greek mythology games on the market. 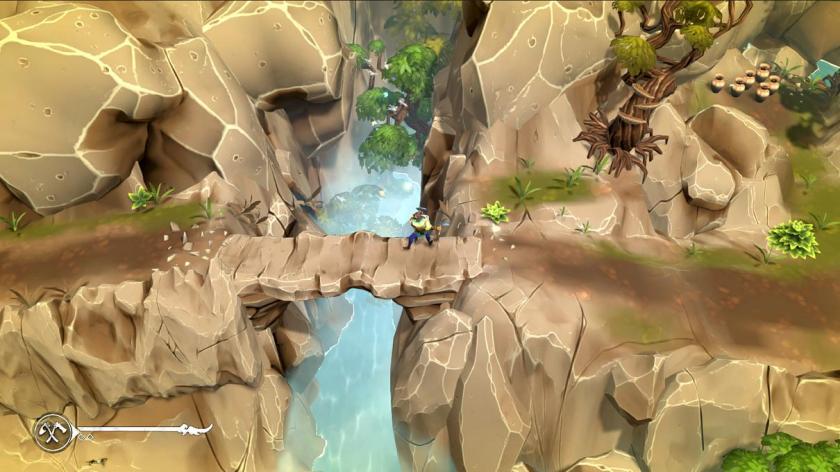 But aside from the differences, the good news is that mythologies have a lot in common too. For example, take the Tree of Life, the Yggdrasill in Nordic mythology, we have the Tree of All-seeds (which is one of our NPCs in the game) in Persian mythology, which is almost the same thing.

Another point that shows the world is already somehow familiar with these concepts is that we have seen an adapted version of them on famous TV shows and video games. For example, take the Lord of Light, the red god in Game of Thrones, or the Firelink Shrine, and the FireKeepers in Dark Souls. They all are based on the fire worshipping rituals in Zoroastrian and Persian mythologies.

How did you end up choosing “Khosrow and Shirin”, a 12th-century poem, as a source of inspiration for the game?

There are a few reasons we chose this tale:

Based on the above, we came to the conclusion that an action adaptation of Nizami’s love story can use a narrative to tell a new story to a global audience. A new and unheard story and atmosphere from ancient Persia that all audiences can connect with at the same time.

Can you take us through the creative process of designing a game like this?

We were looking for a special core from inside Persian literature to make a game that went back to our original roots and would be special and interesting for the people of the world. One of the main forms of Persian literature is poetry.

One of the most important features of poetry is the metaphorical form in the poet’s expression for storytelling. The form of poetry has a metaphorical form and symbolic and indirect storytelling. This includes exaggeration in expressing different emotions, which causes the audience to face the story in a fluid and special narrative atmosphere. This is the point where an indie game can align with poetry, and we tried to implement different mechanics in the story with a metaphorical form in the game. On the other hand, the story of Khosrow and Shirin tells a part of the ancient history of Iran that is related to the last Sassanid king.

On the other hand, in the public literary space, poems were narrated in a special form called “Naghali”, and the storytellers were called “Naghals”. This form was mostly used for more heroic poems of Ferdowsi and Shahnameh. But for this game, we chose the Naghali narrative style and we tried to implement it into a video game style to tell a good story, and according to the points raised in the above question, we chose the story of Khosrow and Shirin.

The way the story is told is clearly taken from the Naghali narrative style that we tried to bring closer to the familiar medium of storytelling in games. The different characters of the game were taken from the original poem along with the combination of ancient Persian characters. In their characterization, an attempt was made to include the metaphorical form of the poem.

As a result, Nizami’s poetic atmosphere, the Sassanid historical atmosphere, and the Persian myths were connected in one point, and that was an isometric action-adventure narrative-based game. Of course, it is worth mentioning that this game participated in events and exhibitions such as Gamescom, Devcom, and GTR in 2018, and during this period according to the various feedback we received from industry experts, we made changes to different game mechanics, which resulted in what we know today as The Tale of Bistun.

What are some of the gameplay mechanics players can expect in The Tale of Bistun, and how will these change over the course of the campaign?

Farhad is a stone carver and his main act in the main story is digging a mountain. But we also wanted to emphasize Farhad’s skill and expertise in working with stone in the gameplay. 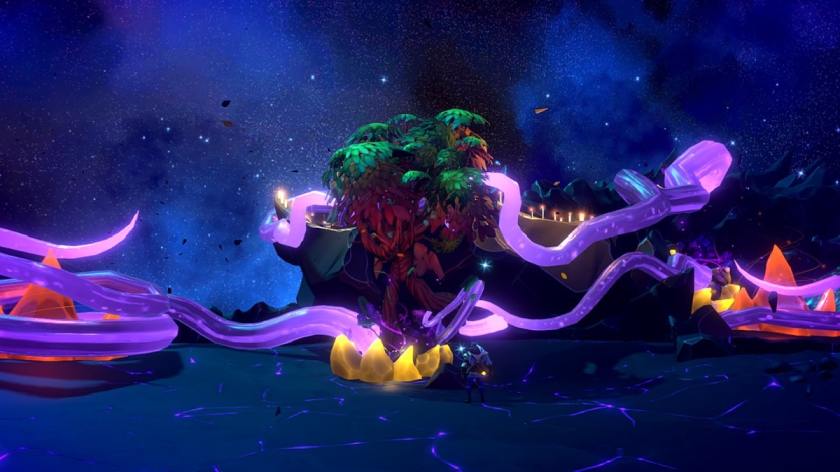 The game takes place in two realms. The normal realm and the revelation realm. The normal realm will include combat and exploration, and the revelation realm will be a world of mysteries and riddles and reminders of forgotten memories. In all these realms, Farhad’s specialized abilities will be the solution for the player. What we mean by abilities is his power and dominance over stone. With the weapons he finds at the beginning of the game and the ones he acquires later, he will both create from stone and will be the destroyer of stone.

Farhad will use the same weapons that he uses to dig through the mountain to reach his beloved, and also to carve out his thoughts and memories onto stones as a form of stone tablets and inscriptions. He will also destroy stone enemies and conquer stone spells in the exploration phase. And in the revelations, he will reveal the secrets of his world by carving stones and destroying them.

Where in development is the game right now?

The development of the game is nearly complete and we are currently working on polishing the game and quality assurance and fixing bugs.

We hope to release the game soon. Our current release date is Q1 2022. You can keep up to date on all news related to us and the game on our social media.