We regularly get the chance to review re-releases of older titles, and in some cases they go way back. Today we’re checking out three games that are all over 25 years old: Cotton 100%, Panorama Cotton and Gynough.

Strictly Limited Games and ININ Games are certainly making the best of the fact that this year marks the 30th anniversary of the Cotton franchise. After our earlier look at Cotton Reboot!, we’re now getting a double pack of re-releases, starting with Cotton 100%, which originally was a Super Nintendo title that never made it to the West.

It employs the same familiar look and feel of the other cotton games, with cute and colorful visuals and funny-looking enemies for some of the most cheerful shoot ’em up action you’ll ever see. This one is pretty much a direct port of the original game with its 4:3 resolution and black bars on the sides of the screen, but extra features have been added on account of the emulation software that was used. You can now save at any time and rewind the game, and they’ve even added an arcade-like mode dubbed “classic” where you start with only three lives.

For a title of the SNES generation, Cotton 100% has some impressively smooth scrolling, with levels that regularly scroll upwards and downwards in addition to the traditional horizontal movement that’s typical of the genre. It also has nicely detailed sprites and a colorful look and feel, with familiar shooter mechanics that have been adapted to fit the formula well. These include power-ups that are magic-based and even a dragon, enhancing the fantasy look and feel of the game.

Because the SNES had far worse shooters than this one, I wonder why it never made it to the West originally. I’m glad it did this time though, as it’ll certainly please Cotton fans who haven’t played it yet even though it’s clearly an older title than Cotton Reboot! is.

From the SNES days of Cotton 100%, it’s just a small leap to the Sega Mega Drive/Genesis, which was the original home for Panorama Cotton – the second Cotton game in a week to launch on modern consoles. This one is, at least from a technical perspective, quite different from other titles in the franchise though, and all the more interesting for it.

Panorama Cotton uses a pseudo-3D perspective, which at the time of its original release was incredibly rare outside of the arcades, and hadn’t often been done for home computers and consoles successfully – Thunder Blade and After Burner stand out as examples of how challenging it was to get an arcade experience at home, something we take for granted these days. And like those games, Panorama Cotton is an on rails shooter where you fly through a 3D-looking scene while trying to blast as many enemies as possible.

Games like Panorama Cotton use a clever technique called sprite scaling to create the illusion of moving through a 3D environment, which essentially means that they make sprites (something Cotton games are familiar with) bigger and smaller to give players the sense that they’re moving closer towards or further away from the screen. It’s somewhat crude by today’s standards, but you can imagine that it was a very impressive way to ride your broomstick back in the day. 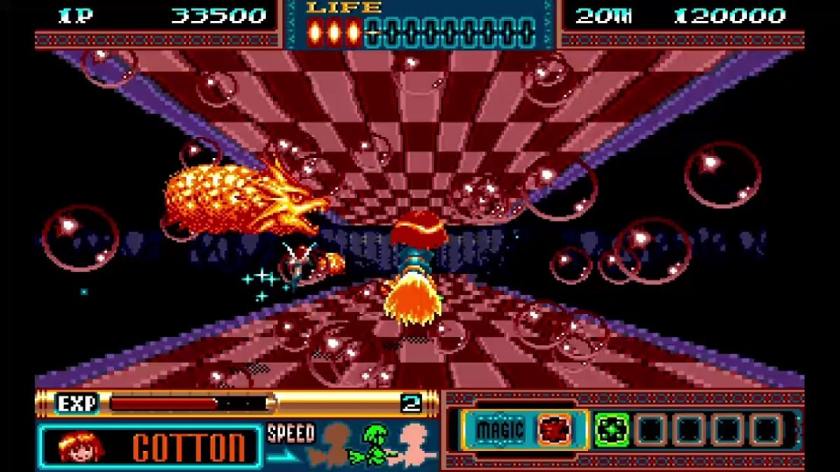 Panorama Cotton isn’t as colorful as other games in the franchise, though some of the sprite designs feel distinctly “Cotton” when they stay on screen long enough – this is a fast-paced game compared to the 2D shooters. It’s also rather short, with just six levels, making for a very arcade-like experience that might have players look twice at the game’s price tag, which is a little higher than the recent Gleylancer from the same developer.

Still, as one of the most technically impressive and audiovisually unique titles in the Cotton franchise, this is a port worth checking out.

Ratalaika Games was responsible for the porting work on ININ’s Cotton titles, but are also releasing their own titles. While we mostly know them from their many cross-platform indie ports, they’ve recently entered the retro domain as well with their port of Gleylancer and are now releasing Gynoug, another Mega Drive/Genesis shooter that people may also know under the name Wings of Wor. 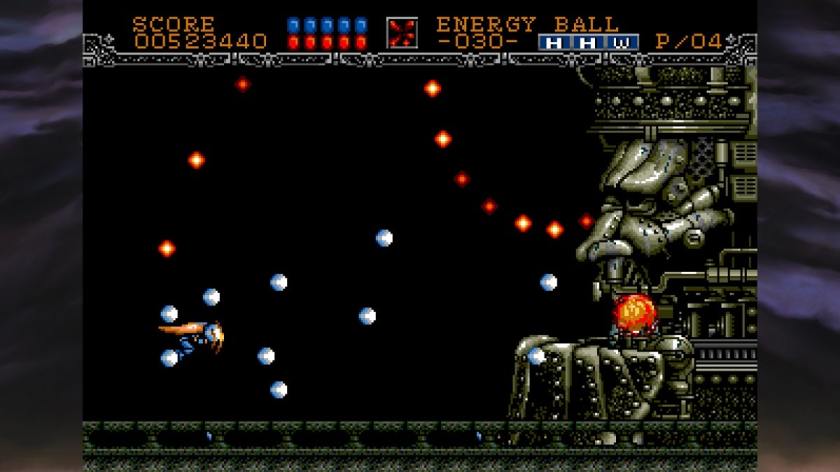 Conversion-wise, Gynoug gets a very similar treatment to the one that Gleylancer received – including some of the retro features like CRT monitor effects for added nostalgia. You can also enjoy a few friendly “hacks” to the game code, with some of them granting you infinite lives or full invincibility, while others add more nuanced changes to the gameplay – which can of course also be enjoyed the way it was originally conceived.

Gameplay-wise, Gynoug is one of those rare horizontal scrolling shooters that employs a different kind of look – this one being of fleshy gore/horror variety. It’s challenging too, especially without the hacks mentioned above, but it makes for a rewarding game as learning a level’s patterns makes you realize it’s as fair as it is difficult. There’s a bit too much trial and error and a steep learning curve involved though, but most of that is because the game doesn’t explain any of its mechanics or power-ups before you start playing. This is something that was included in the original game’s paper manual, but unfortunately that wasn’t digitized for this release. 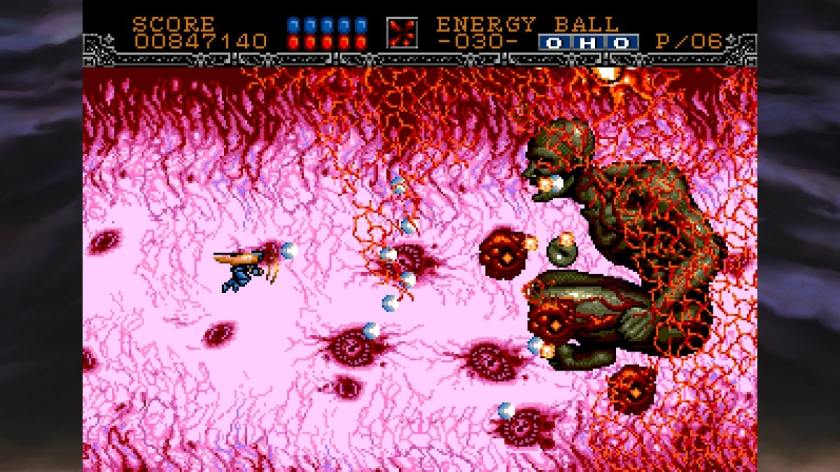 If you enjoyed Gleylancer and would be interested in more Sega 16-bit shooters you might have missed during their original release window, then Gynough is the game for you. It’s great to see some of these games from lesser-known IPs reappear, and aside from the missing manual this one’s been given a solid treatment by Ratalaika.