Doctor Who: The Edge of Reality marks a return of the famous time traveling doctor to the flat screen, and can be played now on PCs, the Nintendo Switch, Xbox and PlayStation.

The key phrase in that intro is “flat screen”, as Edge of Reality is actually a port of Doctor Who: The Edge of Time, which we reviewed when it was a VR exclusive game back in 2019. Not entirely new then, but now available for a far wider audience – which no doubt includes plenty of Doctor Who fans that didn’t get to play the game the first time around because of the VR element.

Being a port, you still don’t get to play as the Doctor, but rather travel through time in order to recover time crystals so you can save the actual Doctor – represented in the game through two actors from the TV series: Jodie Whittaker and David Tennant, who both do a great job reprising their roles.

The story itself provides players (and especially fans of the franchise) with plenty of familiar faces and nods, and includes the Cybermen and Daleks. It’s well written, but the story can’t hide the fact that the gameplay is rather simplistic – though this is hardly a surprise when you consider the game’s VR origins. It felt like an interactive episode in VR, and its shortcomings as a traditional videogame are more apparent on the TV screen than they were inside a headset. Using tools like the Sonic Screwdriver is still going to be a thrill for fans, but it’s less immersive than when you’re actually holding it.

Gameplay is structured mostly through puzzles that let you progress through the story, with narrative scenes in between, making The Edge of Reality feel not too unlike some of the classic PC CD-ROM adventures of the 1990s – the Zork games of that era come to mind. You can tell that some puzzles would work better with motion controls, but ultimately they translate well to gamepad controls, and I assume mouse controls on the PC work even better. 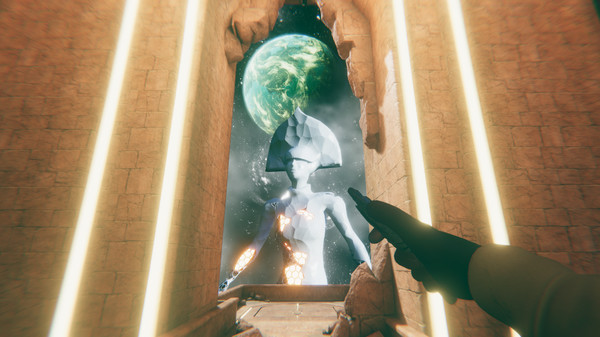 Visually, The Edge of Reality looks nice and crisp, and doesn’t suffer from the low resolution graphics of the PSVR headset. This is especially true for the non-interactive bits, where in the VR version you’d sit back and notice that things felt a bit “last gen”. The PS4 version we played felt nice and polished (in the visual sense), although we did experience one or two glitches during our playthrough.

If you’ve already played Doctor Who: The Edge of Reality in its previous VR incarnation there’s no need to pick it up again, as it’s essentially the same game. If you haven’t, then make sure you’re a Doctor Who fan before you pick it up. You’ll have fun experiencing an original story in the saga, helped along by some of the actual actors from the series, but if you’re here purely for the gameplay you’ll find it somewhat lacking – especially without the sense of immersion you get in VR.