LKA’s long-awaited follow-up to The Town of Light is finally here. Martha is Dead launches almost exactly six years later for all major platforms – we played the PlayStation 5 version of the game, which is being published by Wired.

Martha is Dead is a title we saw briefly introduced and teased during the pre-covid trade show season, but made headlines last week as it appeared in the public eye for an unexpected reason – the PlayStation versions of the game needed to be toned down a bit in order to pass Sony’s standards. When you consider the gruesome stuff we’ve already seen on the platform, that certainly got us curious.

If you played The Town of Light, then you know that LKA is no stranger to psychological horror. But where much of the horror in that game was implied or simply told through anecdotes, things are far more visual and visceral in Martha is Dead. Not a lot of time is wasted in introducing this either, as protagonist Giulia finds her sister Martha’s body in the river in the opening sequences, after which a mystery unfolds that has you trying to figure out what happened here. 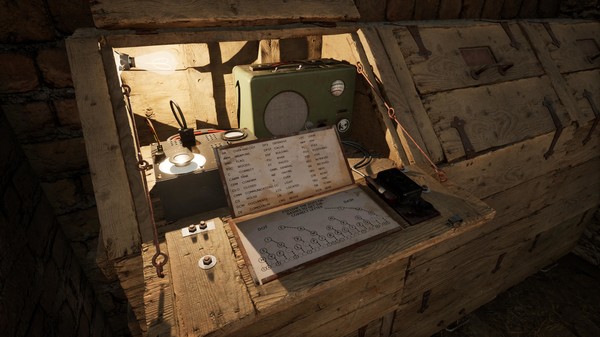 At first glance, gameplay in Martha is Dead feels similar to that in The Town of Light – both have elements of the walking simulator genre, with gorgeously realized environments that are lush in detail, and the pacing is rather slow. There’s more of a sense of direction this time around though, with a somewhat linear main story to follow even though you’re free to explore and even take an optional quests – doing so, our playthrough was about seven hours long.

The story itself is set in the late period of the second world war, and plays out in the Tuscan region of Italy. A surprisingly large part of the story takes place in and around a gorgeously realized house with tons of attention to detail. There’s a larger world out there in which a war also unfolds, but most of that only reaches you through radio broadcasts and newspaper snippets you might catch – your focus is on what’s happened to your sister.

It’s little touches like that which really add to the game’s atmosphere though, which certainly isn’t just visual either. Music that’s playing on the radio is fitting for the era, and the game’s own soundtrack complements the haunting nature of (parts of) the story as well. And haunting and dark they certainly are, because where The Town of Light had you draw up your own visuals, this game is very graphic in nature. Tackling themes like animal and child abuse, self-harm and suicide, this one requires a strong stomach with some rather shocking content – all visually depicted.

Some of these events play out as cutscenes on the PlayStation version while they’re interactive on other platforms, so what was cut wasn’t necessarily the content but more the interactive nature of it. You can also play a ‘censored’ version that cuts some scenes, but for the majority of the game, there’s no escaping its dark and graphic nature.

That’s not to say that Martha is Dead is a non-stop gore fest – much of the story unfolds are a slow pace, with almost no jump scares or action sequences. This makes some of the scenes all the more unsettling because you are given plenty of time to let the events get to you. In other cases, scenes are merely described through narration, and despite the dark nature of the tale this is a worthwhile and important story to tell – one where some of the disturbing scenes can actually take away from the underlying themes. We also found it a little distracting that Giulia kept in touch with her photography hobby during her time of loss and stress, but hey, to each his/her own – and some of the (optional) gameplay objectives even tie into these photos.

While we initially thought that Martha is Dead was going to be LKA’s more “mainstream” game due to a stronger emphasis on horror, its graphic approach to the subject matter might end up making it more niche than The Town of Light ever was. It’s a captivating story and experience, but it’s going to be divisive because of the way it handles its subject matter.

One thought on “Martha is Dead review (PS5)”