Koei Tecmo is probably a lot of people’s go-to publisher when it comes to musou-type fighting games where you face hundreds of enemies on the battlefield. Dynasty Warriors and Samurai Warriors are both established names in the genre, and the newly released spin-off Dynasty Warriors 9 Empires is the next/current debut of the franchise. We checked it out on a PlayStation 5.

While the main entries in the franchise are combat-centric, the Empires games feature a heavy emphasis on strategy and kingdom management. So where Dynasty Warriors 9 relies on the dramatics of a grand story in between battles, those who want to focus on strategic decision-making off the battlefield instead will be eager to try out Empires – which casts you as a commander and turns China into a map full of regions for you to try and conquer.

Dynasty Warriors 9 Empires is a turn-based game when you’re not engaged on the battlefield, and every turn (which represents a month) gives you interesting choices to make that will determine your path to success and the type of ruler you’ll become. You can be harsh on your enemies as well as your own people, or maybe you want your people to thrive in order to lure other commanders in and have them join your ranks. This is where alliances and relationships come into play, which is often a wise area in which to spend some of your action points. 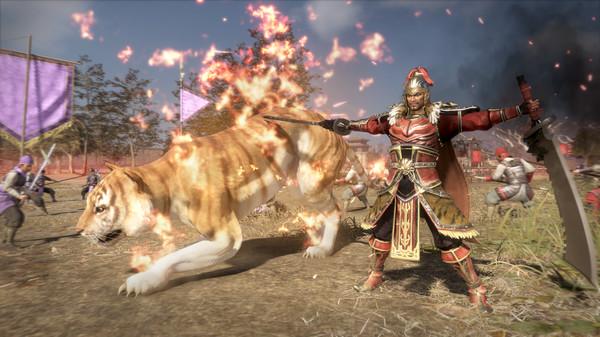 Bigger decisions are made during war councils, which happen twice a year and let you decide on focal points for your army, objectives you’ll chase after and the next region you want to conquer. Following through on these plans will see your commander level up, so you want to pick things that are realistic while also furthering your agenda in order to get stronger during Musou gameplay – which is of course the heart and soul of any Dynasty Warriors title, even if it has Empires in the title.

In most cases, gameplay will switch to the battlefield when you choose to invade, but you can also be on the receiving end of an invasion. The scenarios are familiar either way – plough down hundreds of enemies, take down powerful leaders, destroy defenses and capture bases. There is also a good range of in-battle objectives, which keeps battles from feeling repetitive. The thing about Dynasty Warriors 9 Empires, however, is that it’s a spin-off based on – you guessed it – Dynasty Warriors 9. When it launched over four years ago, its combat wasn’t terribly well-received, and Empires doesn’t reinvent it.

It’s not necessarily that it’s bad, it’s just that other more recent Musou titles have raised the bar with more free-flowing combat where you whisked yourself across the battlefield in between enemies to build your combo meters. In Dynasty Warriors 9 Empires, combat feels slower and less “punchy” – and not because this is a spin-off that emphasizes tactical gameplay. Those who are naturally more interested in the kingdom management parts will likely not mind as it’s serviceable for a palette cleanser in between the more strategic elements of the game, but those coming here for Musou gameplay will be underwhelmed.

What doesn’t help is that Dynasty Warriors 9 Empires doesn’t manage to impress on the technical front, with rather lackluster performance on the PlayStation 5. The framerate holds up well, but missing textures and texture pop-in really shouldn’t be there on Sony’s new flagship console. As a Musou game, this is going to disappoint fans, but those more interested in the strategic elements of running a kingdom might enjoy the game a lot more – they too, however, deserve better.