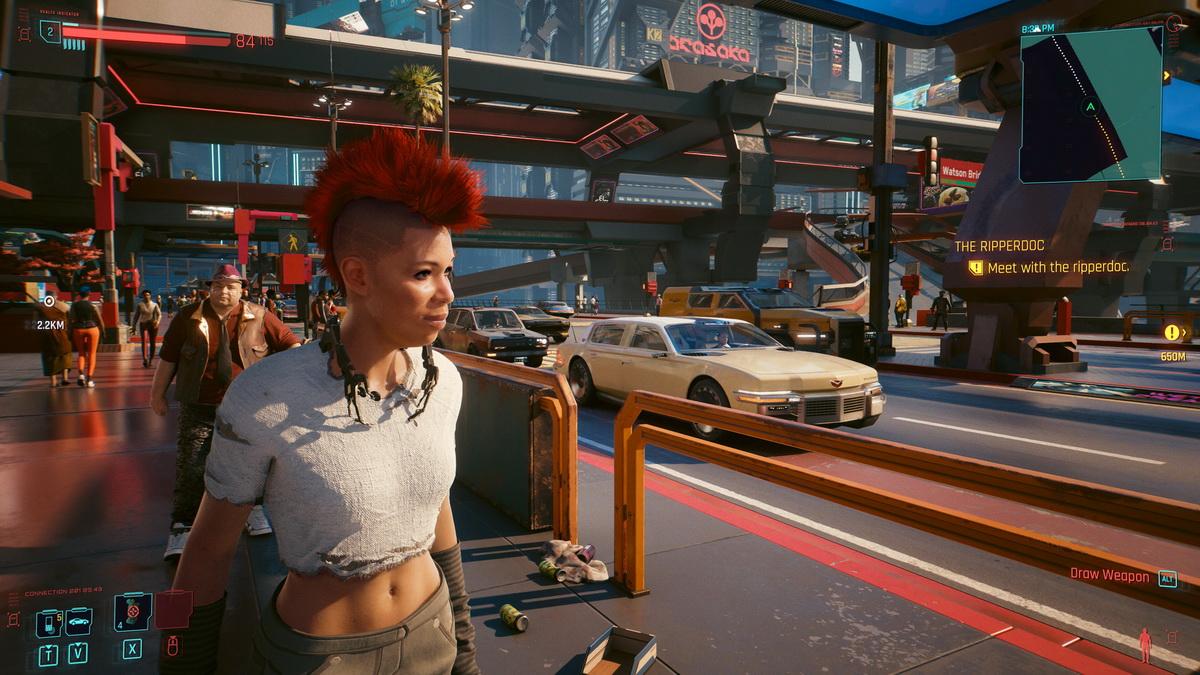 We’re looking at three games that recently (re)launched on new platforms, with the PlayStation 5 versions of Cyberpunk 2077 and Assetto Corsa Competizione as well as the PlayStation VR edition of Sam & Max – This Time It’s Virtual.

It was possibly one of 2020’s most talked-about releases, but not for the right reasons. Even though it launched at the very tail end of the year, Cyberpunk 2077 became one of that year’s most memorable games mostly because of the bad state in which its console versions shipped. We commented on this in our review of the PlayStation 4 version as well, and CD Projekt Red has only now released its “next gen” version of the game as a free update.

Of course, more than a year has passed, and this particular update isn’t the first one to launch. Many of the game’s crippling bugs (which caused Sony to pull the game from its storefront for a while) had already been fixed, so how big of a difference this update makes is really down to when you last saw the game. For us, it was not long after the initial launch, and the difference is night and day.

The game not crashing or coming to a grinding halt because of in-game bugs is a big one here, and makes it much easier to become absorbed in the world of Night City. It no longer has the wow-factor that we felt during the behind closed doors demos in 2018, but almost four years have passed and we’re in a new console generation – it’s understandable. What it does have, however, is a strong sense of atmosphere, and an adventure you can finally get excited about.

A definite part of that is that Night City is far more populated than before – much closer to the vibrant location we saw in those early demos. And not only are there more NPCs on screen at any given time, their behavior is also a lot more lifelike than before. When a firefight erupts, they’ll run for cover, or they might go into attack mode themselves.

It’s not just about technical stability and performance though – Cyberpunk’s gameplay has also seen some revisions, with a new perk/upgrade/augmentation system that feels more streamlined than before. DualSense, on PlayStation 5, is also introduced, which is especially noticeable when driving but also feels well done during combat, with different weapons offering different feedback.

The most important thing about this patch, however, is that the absence of a lot of things that were wrong about the initial PS4 version actually lets you enjoy Cyberpunk 2077 now. Its main story is an absolute thrill ride to play through, and many of the optional side quests (which are being distributed at a much better pace now) are well worth playing as well. It doesn’t wash away the sour taste that the 2020 release gave us, but it sure is a big step towards redemption, and we can’t wait to see what future story content brings. It may not have the role playing game depth that The Witcher 3 had, but for the first time in over a year we were excited to be playing a CD Projekt Red game again.

Sam & Max – This Time It’s Virtual, and this time it’s on PSVR

When we reviewed the VR debut of detective duo Sam & Max, it was on a Quest headset, but now that we’re into 2022 PSVR owners can finally go hands on with the title as well. As huge fans of these crime-fighters, we couldn’t pass up the chance to check out how well the conversion was done.

Unsurprisingly, This Time It’s Virtual offers the same content on PlayStation VR that it did on the Quest version. That means that you get to enjoy the excellent voiceover work and hilarious writing all over again, and you have the chance to see Sam and Max from a first person perspective again. What is surprising, however, is that the Move controls for the PSVR version feel less than optimal. Sure, they have their limitations, but we’ve seen plenty of games that supported smooth turning, while this one doesn’t. 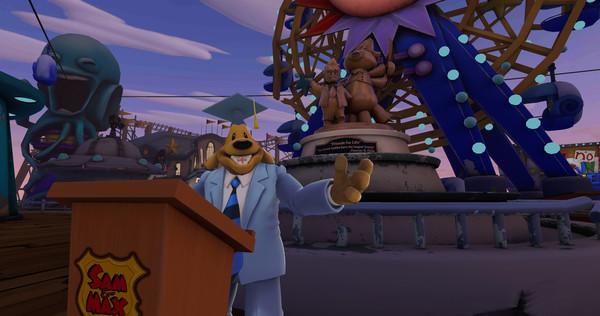 We also struggled a bit with the controls in other places, like when recently dropped objects would become frustrating to pick back up again. We’re guessing some of these issues will become a thing of the past once PSVR2 launches and developers start supporting the new controllers, but that doesn’t excuse the lazy implementation of some of the controls here. We’ve seen better, even on the dated Move hardware.

Luckily, the motion controlled minigames mostly work very well, and there’s no denying the charm of Sam and Max and the quality of the writing. Longtime fans with a PSVR headset won’t want to miss out, even though it’s far from a perfect game.

Assetto Corsa Competizione gets its next gen update (PS5)

We realize a lot of eyes are on games like GRID Legends and Gran Turismo 7 this week, but if you’re not ready to shell out on the latest full price racing title then 505 Games and developer KUNOS has a nice alternative in the shape of a next gen update for Assetto Corsa Competizione. It’s available free of charge for those who already own the game, and even if you don’t then you can pick it up at a mid-price level. 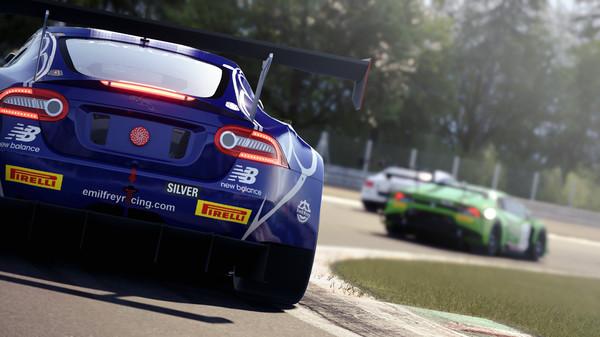 And, with support for 4K visuals at 60 frames per second, the visuals are one of the main draws for this update, which otherwise doesn’t add new content to this sim-focused racer that features the GT3 championship. Developer KUNOS has meticulously crafted the digital versions of all the real-life locations and cars though, and the end result is stunning when you’re watching TV camera replays of your races.

While racing you might not notice, but the cars are wonderfully detailed, both on the outside and when viewing from inside the vehicle. The lighting is especially impressive when you play in the longer races and see the day/night cycle, and the game performs at a stable 60 frames per second throughout all this.

As a next gen racer, Assetto Corsa Competizione delivers, though it’s a package that’s best suited for those who enjoy sim-like racers and have a steering wheel set up with their console. It’s also not the most content-rich game because it’s tied to the GT license, so if you want a wider selection of cars, tracks and racing modes you’ll want to maybe hold out for Gran Turismo 7 instead. This is a look at what next gen racing looks and feels like for a fraction of the price though, and for existing owners – it’s absolutely free.