The Syberia series of adventure games is twenty years old this year, and Syberia: The World Before is the fourth game in the series. It’s out now for PCs, with console versions to follow in the next few months. Here are our impressions.

When publisher Microïds announced the passing of Syberia creator Benoît Sokal last year, we immediately thought back to our first time playing those iconic first two games in the franchise, which came out in 2002 and 2004. Even though Sokal was a comic artist as well, he’ll probably most be remembered for his work on Syberia – and that’s even though Sinking Island was marketed and launched with his name attached to the title of the game!

Sokal’s passing added an extra dimension to the launch of Syberia: The World Before, as it suddenly felt like it needed to be a fitting tribute to its creator as well as a return to form after the so-so reception for the third game back in 2017. Luckily, it delivers, with beautiful visual designs, engaging characters and well done voice acting. A few puzzles still feel somewhat random in their design, but that’s always been a staple of Syberia and perhaps point and click adventure games in general. 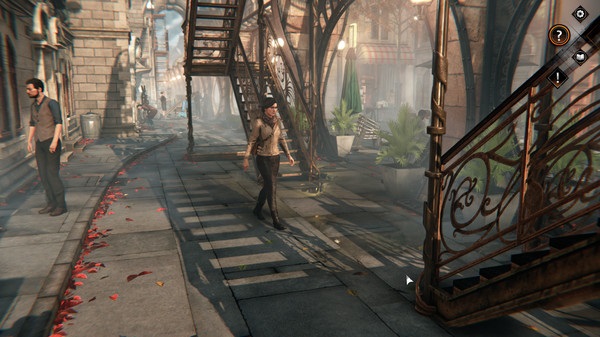 The World Before, much like other Syberia games before it, doesn’t try to offer a thrilling narrative like the treasure-hunting Broken Sword games do. Instead, you’re stepping into the shoes of Kate Walker once again and investigating the life of a woman called Dana Roze after escaping her previous fate in a Russian salt mine. Her journey puts her on the trail of a woman who lived just before the Second World War, and your perspective will jump back and forth between two periods in time to follow both Kate and Dana.

The main focus is always on Kate, but very often you’ll find that a dive back in time reveals clues as to how to progress. Without spoiling anything, the key to operating something in the present might lie with instructions that were lost over time, but which Dana still has access to. You’re not directly cooperating, but it’s a mechanic that works well in showing how the stories of these two characters are connected.

The World Before also feels like it was designed by a self-aware team that knew to try and stay away from puzzle scenarios that felt completely random. Sure, you’ll still run into a handful of “what to do now?” scenarios, but most puzzles made sense and a built-in hint button can nudge you in the right direction if you need it. If you’re familiar with previous Syberia games, there’s a good chance you’ll have a smooth experience getting through this one as well, as it uses familiar elements like the need to operate machines in certain ways. There’s not a massive learning curve to begin with, but past experience helps. 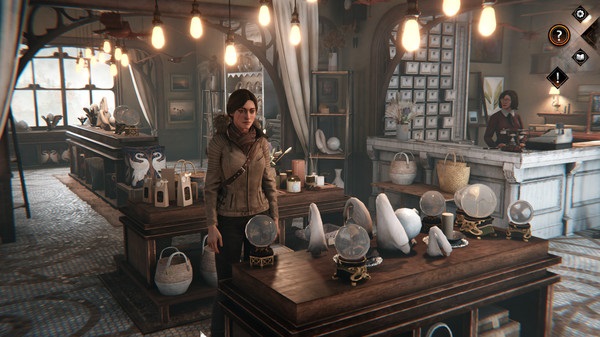 While somewhat grounded in reality, Syberia: The World Before fictionalizes pre World War II Europe by introducing us to the fictional location of Osthertal and its machines, as well as replacing a real life oppressive regime with “The Brown Shadow”. It’s no less engaging because of it though, with some stunning locations, and perhaps not using the Nazi regime makes things less menacing and lets you focus more on the personal stories of Kate and the other characters in the narrative, which took close to 15 hours to get through while exploring quite a bit.

There’s a cliffhanger ending to The World Before and we haven’t heard anything about Microïds’ intentions of wrapping up the narrative in another sequel – nor do we know even if Sokal had already brought the full story into a pre-production phase of sorts, but we certainly hope we’ll see more of Syberia in the future. This is an excellent and engaging adventure game that fans are going to enjoy, but they’ll still yearn for another chapter at the end.