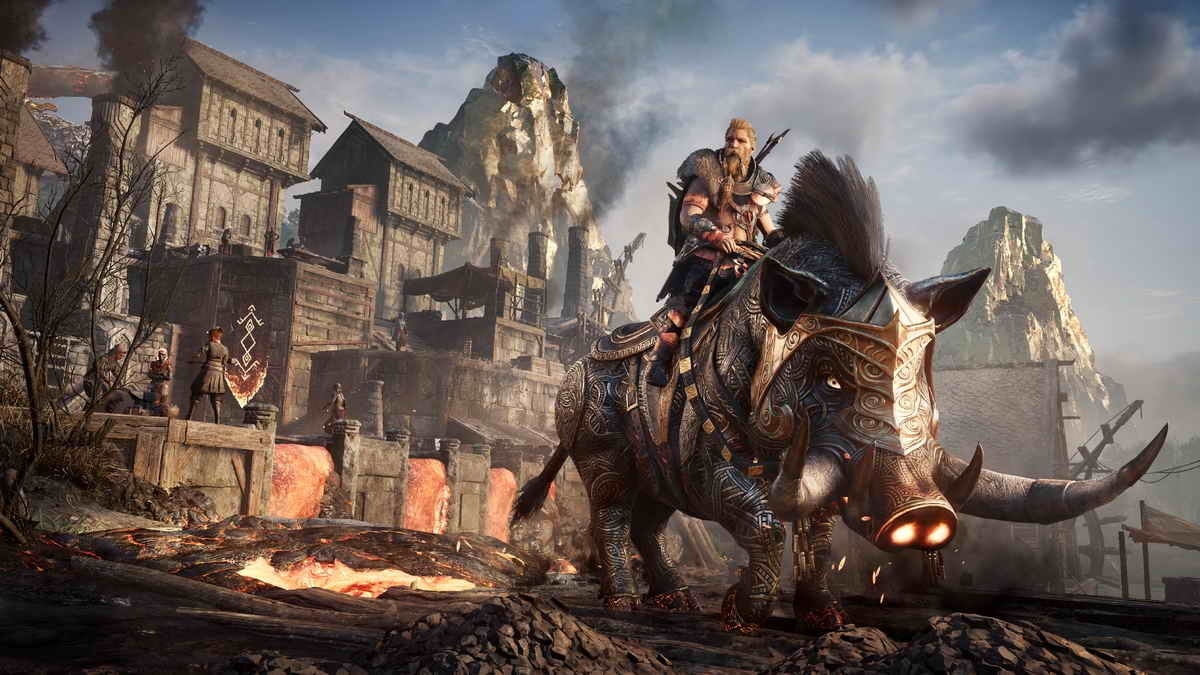 Every now and then, we like to dive back into games we previously covered because they’re getting new DLC – today we go back to Assassin’s Creed Valhalla, X4: Foundations and Ragnarock.

In the period leading up to its release, Ubisoft regularly reminded us that Dawk of Ragnarök for Assassin’s Creed Valhalla was going to be the biggest expansion in the Assassin’s Creed series yet. While normally you’d greet that kind of announcement with excitement, we couldn’t help but think “yikes”, thinking back to how incredibly long Valhalla was – taking many gamers over 100 hours to complete.

And while the expansion isn’t THAT long, Dawn of Ragnarök’s campaign will easily take over 20 hours to complete even if you ignore many of its side quests, and possibly quite a bit longer if you don’t try to rush through it. Unlike the main game, it’s set in the dream environment of Svartalfheim that builds on Norse mythology where you, as Odin, have to rescue your son Baldr – a plot that ties into original protagonist Eivor’s visions. 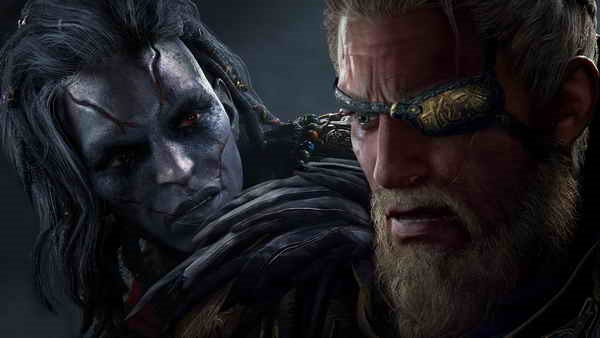 Svartalfheim is the land of dwarves, which were overrun by giants and have retreated to the mountains – which will act as hub areas for you. The game world is divided into three main areas, linked together by a central narrative while offering their own stories as well. As with the base game and subsequent content drops, the storytelling is excellent if you’re into Nordic lore.

The gameplay, however, treads familiar territory a bit too much. Where previous expansions like Wrath of the Druids introduced exciting new features into the mix, Dawn of Ragnarök feels like a return to the core formula if you look past the dream-like setting. And while Valhalla is an excellent game, that does mean a few dozen hours of similar gameplay with similar (side) quests. How much you’re going to be into that will depend on how you felt at the end of Valhalla, and/or how long it’s been since you wrapped up the base campaign. For us, it had been a while, and Dawn of Ragnarök felt like a fresh reintroduction because of it – at least for a while. 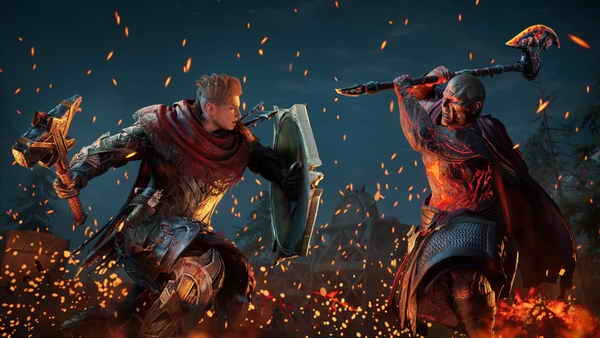 Play it all the way through, and you’ll start to feel like your giant enemies, as well as your new weapon, don’t feel all that unique. Animations will look familiar, even though some of the boss fights provide you with real highlights during the campaign – with is otherwise a fairly linear trek through Odin’s mythology in terms of character development. In short, it’s more of Assassin’s Creed Valhalla, set in a gorgeous new world, so if you’re up for another lengthy adventure then Dawn of Ragnarök has you covered.

Tides of Avarice has launched for X4: Foundations

Tides of Avarice marks a brand new season of content for X4: Foundations, which came out at the end of 2018. It was actually the very last review we did that year, and while we liked it, there was also room for improvement – something that Egosoft has gradually been applying since that launch through regular updates and new content packs.

Launching alongside Tides of Avarice is the game’s 5.00 upgrade, which is free for all X4 owners even if they don’t buy the new expansion. In addition to things like bug fixes and balance tweaks, you might be surprised to learn that the update also contains new content in the form of a brand new series of massive (capital) space ships. You can purchase these at interstellar shipyard, but you’ll also encounter them in the fleets of other factions in the game. In addition, if you have a capable AMD card, the new update also supports the new FidelityFX Super Resolution mode that upscales the visuals without a serious performance hit. 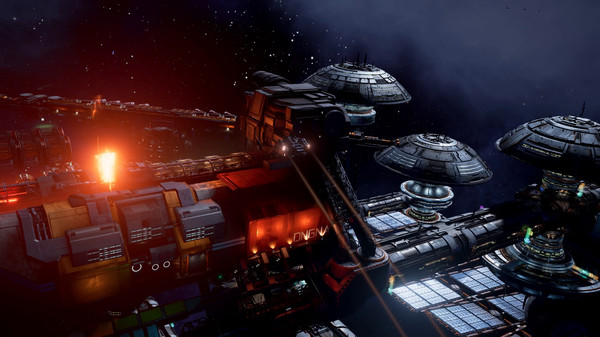 As you’d expect, the Tides of Avarice pack includes more than just a few capital ships, although with the Erlking and the Astrid you do get a massive battleship and a speedy and luxurious yacht. Piracy is the name of the game here, and new factions are of the pirate and scavenger type. This can rattle the otherwise fairly structured political and economical systems of the universe you’re playing in, and the good part is that you can actually BE a pirate yourself rather than just suffer the consequences of their action.

Tides of Avarice features training missions that draw you into this life, robbing ships, smuggling and selling wares on the black market. A new faction, the Vigor Syndicate, also keeps their corner of space open to business practices like this, so you don’t have to feel like you’re constantly being hunted either. The two new ships mentioned before also hold mysteries of their own, and new narrative elements let you uncover what’s behind some of the strange phenomena in the galaxy. Many of your efforts will need resources, but your new piracy and salvage skills mean that you can either tow shipwrecks or tear them apart for materials. 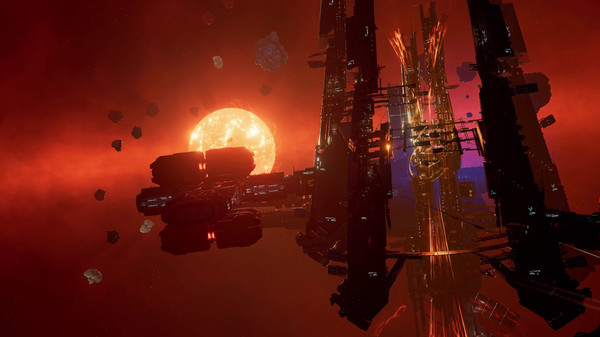 It’s great to see X4 still alive and vibrant after all these years, and Tides of Avarice felt like a great time to jump back in. X4’s universe is richer and more balanced than it was before, and fans will easily pour dozens of hours into it.

If you thought the Norse mythology was a strong influence on game development, then this week proves you right. In addition to the massive DLC for Assassin’s Creed Valhalla, the VR exclusive rhythm game Ragnarock has also received its own share of new content. Gloryhammer RAID features six additional tracks for the game, which we reviewed earlier.

As we mentioned in our original review, you don’t have to be a fan of metal music to enjoy Ragnarock, as the gameplay itself can draw you in while you’re pounding away to the beats. The developers also didn’t include the most extreme/loud kind of music in the genre, which makes it more accessible to the general audience. Luckily, this DLC follows that pattern. 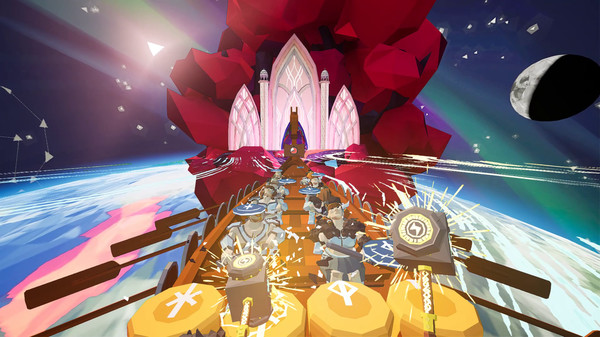 For those (like us) who aren’t that into metal music, Gloryhammer is a real life metal band whose songs have been included in this DLC. There are six tracks, but you can opt to play the “Fires of Ancient Cosmic Destiny” mode, which is essentially a ten minute mashup of songs and thus provides quite the workout. Play through all of the songs, and you’ll unlock a new hammer as well.

Gameplay-wise, not much has changed, but the developer did tease that more features are coming later this year, including competitive seasons and more (free) songs, as well as a PSVR port. This DLC pack is fun if you enjoyed the base game and want more content, and at a price of about $1 per song the price is right as well.