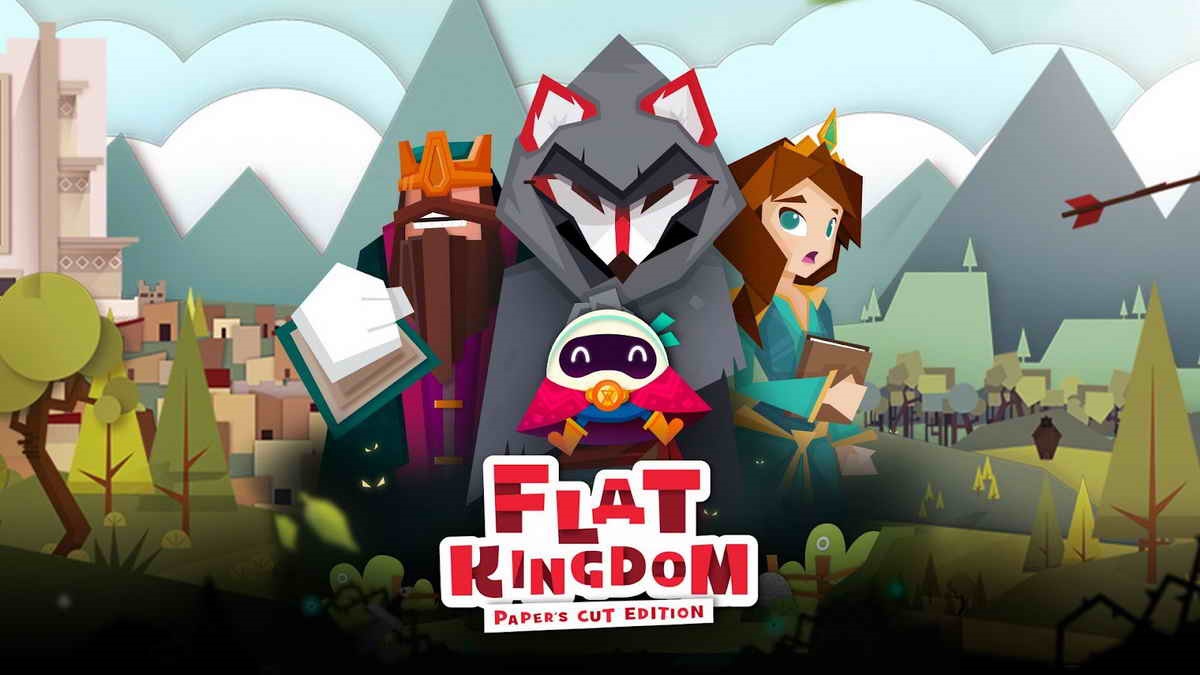 Few publishers are as prolific as Ratalaika Games. We got to know them during a period where they were porting tons of indie titles to the PlayStation Vita at a time when AAA publishers were moving away from the platform, but they still average at least two games each month. Many of them ports, but developers are also starting to work with them more and more on brand new projects. We’re looking at a little bit of both today, as we check out three recent releases.

This one’s a bit of an oldie as it originally launched back in 2016, but it’s only now made it to console platforms. With its paper-craft visual style it resembles Paper Mario, but its gameplay is actually closer to Mario’s platforming roots than the RPG gameplay of Paper Mario. Developer Fat Panda Games has also included a few puzzle platformer elements, but at its hearts this is a Mario homage – complete with a princess that needs to be rescued.

Our hero isn’t a plumber in a blue overall though, it’s a shapeshifter called Flat who can change between three different forms – all with different attributes and skills. Your triangle shape makes you fast and able to dash, the circle can double jump and the square is heavy and strong – able to move objects and submerge in water. It’s fun to play around with these, and later levels require you to quickly alternate between them as well. Giving shapes attributes and using them in a platformer setting isn’t new of course (see the brilliant Thomas Was Alone for an example), but Flat Kingdom certainly feels different from standard puzzle platformers because of it.

Flat Kingdom is at its best when it’s a puzzle platformer and you have to overcome its well-designed challenges by making use of Flat’s different shapes and their abilities. There are enemies as well, but unless they’re boss fights they’re very generic in how you take them out by jumping on them – though later on you can also use other abilities against them. Boss fights are a nice exception, because they generally force you to combine your platforming skills with some offensive tactics as you avoid the incoming attacks and strike when you see an opportunity.

We do want to draw attention to the game’s stellar soundtrack as well though, as it was composed by Manami Matsumae. Perhaps not a household name to the casual gamer, but he also worked on Mega Man and – more recently – the excellent Shovel Knight. Where a lot of indie titles have fairly generic music, it’s a real highlight in this case.

Cosmos Bit was developed by SEEP, who have previously worked with Ratalaika when Thunderflash was released for consoles. That game was an homage to classic games like Ikari Warriors, Dogs of War and Commando, and thus heavily retro-inspired – which can also be said for Cosmos Bit, a metroidvania with a 8-bit home computer aesthetic. 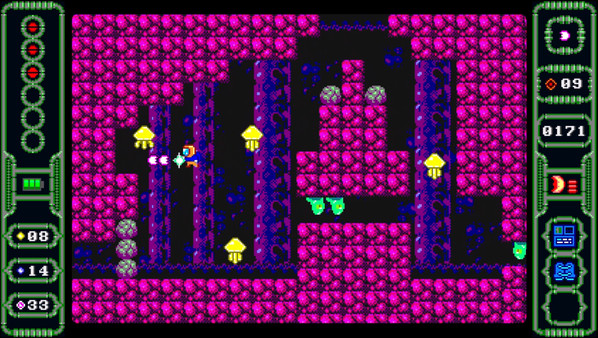 As with Thunderflash, Cosmos Bit is a game that stays true to the originals that it’s trying to emulate, but perhaps too much so – lacking modern features like a more fleshed out world and/or story. As a result you get a game that is instantly “Metroid-like” but never quite develops its own personality and identity, though solid gameplay will be enough for genre fans to forgive that and have a decent time with it nonetheless.

What helps in that sense is that Cosmos Bit doesn’t overstay its welcome – you can complete the game and move past its four bosses in about two hours and claim your trophies, collecting all the various (active and passive) upgrades that are on offer during that time. It’s that familiar sense of progression that makes it a somewhat enjoyable trek, but from the rather generic visuals to the repetitive nature of enemies and bosses that feel too similar to one another, there’s not too much here that will make you remember it a few weeks from now. If you enjoy retro design then you’ll appreciate its pixel art and gameplay, but you likely won’t dive in for a second playthrough.

Whenever I see a game title that ends in “-ban”, especially if it has seven letters, I immediately assume it’s going to be a Sokoban clone – the classic block/crate-pushing game that’s been a favorite with puzzle game fans for about four decades now. But while there are definitely a ton of crates to push around, Taqoban manages to surprise with a few novel twists to the genre as well.

Sure, the main characters here are pandas and you’re trying to earn bamboo, but those aren’t the biggest changes. Take the perspective, for example. While most block sliders will go for a top-down perspective, Taqoban is played from a puzzle platformer perspective – with a 2D look from the side rather than the top, although the visuals are rendered in 3D. 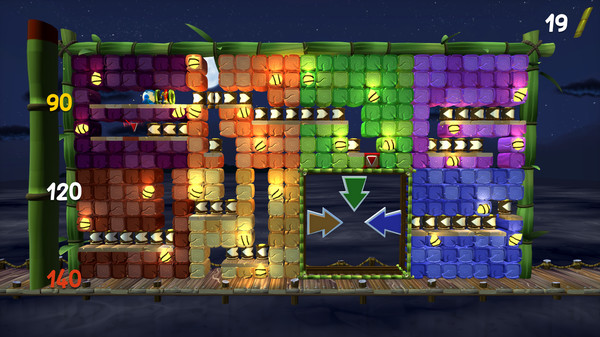 And if that’s not refreshing enough, then a typical level is also made up out of various tile-shaped sections that can be shifted around to mix up the layout of the level – creating new paths and letting you access parts of the level you wouldn’t otherwise be able to get to. It’s a nice additional layer of challenge we hadn’t seen before, and certainly makes Taqoban stand out from the crowd.

The first levels in the game are incredibly easy and act as tutorials, but over the course of over 50 levels the game gradually gets trickier, forcing you to make more and more use of the sliding puzzle mechanics. There’s even a two player mode included, with unique puzzles that were designed to be played in co-op mode. And yeah, there’s an easy platinum and you get both the PS4 and PS5 versions, but for the price this is a fun little puzzler.