TAPE: Unveil the Memories is the latest game to come out of the PlayStation Talents initiative, and was developed by BlackChiliGoat Studio. It’s not a PlayStation exclusive though, as the game can also be played through Steam. Our test, however, was done on a PlayStation 4.

And while a few games from the PlayStation Talents program, which appears to only be running in Spain, have felt a little rushed, TAPE has had a lengthy development history already. It first saw the light of day as a concept demo many years ago, but only now has been turned into a full game, in which you play as a young girl called Iria.

Iria lives in Spain with her mother in the early 1990s, after her father was murdered. He was a filmmaker, and his death is surrounded by mystery – one that you set out to solve by using a camera that has the ability to manipulate time and space. Since we love time travel stuff, we were immediately intrigued. 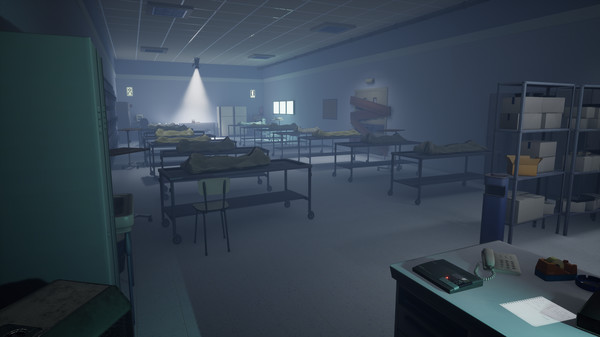 What your camera does isn’t like stepping into a Delorean and traveling to a different moment in time – it lets you move objects backwards or forwards in time – thus allowing you to remove obstacles or create pathways. As you’d expect, this creates some unique puzzle-based gameplay, and in some cases the results are visually stunning, like when you’re introduced to a time-bending variation of winding staircases.

TAPE: Unveil the Memories also tries to mix things up with stealth-based gameplay, but it’s less successful in this area. You have to stay out of sight of a large and powerful monster, but there is little in the way of punishment if he happens to spot you. It’s not that he’s easy to outrun, it’s that capture (and death) just means a restart – and that restart doesn’t even include resetting your progress on a puzzle. If you were making good headway, you can pick up right where you left off.

Narratively, what hurts TAPE is that the story is a bit of a slow burn at first, and doesn’t capture the player right away. It picks up once you complete the first section and more story elements gets revealed though, so it’s definitely one you want to stick with, even if the opening act is a bit underwhelming. Stanley Kubrick fans in particular will want to keep their eyes peeled during a certain part of the story, but we won’t spoil where.

Ultimately, we really enjoyed TAPE: Unveil the Memories. Once the story starts divulging its secrets, it’s an interesting narrative, and we also enjoyed the time manipulation mechanic that’s used in the puzzles. Definitely one of the better titles to come out of the PlayStation Talents initiative, even though there’s still room for improvement.