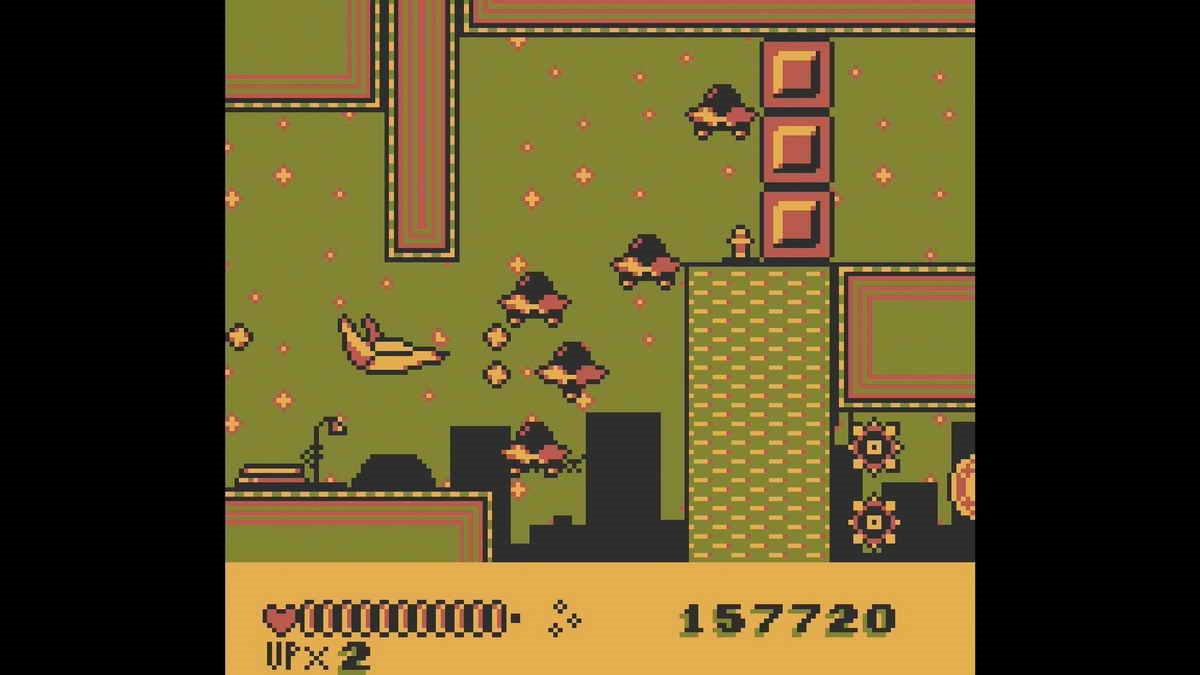 As we head into the weekend, we take some time to check out a trio of smaller indie releases. Here are Spacewing War, Hillbilly Doomsday and Drunken Fist 2: Zombie Hangover.

Developed by Pneuma Games, Spacewing War is a multiplatform release from Eastasiasoft that’s hitting every platform at once – from PC to consoles. Unlike a lot of EAS’ releases, it’s not a port of an existing game, even though you’d swear it looks an awful lot like a handheld game you might have played back in 1990.

That’s right – Spacewing War evokes memories of Nintendo’s Game Boy, which is definitely a rare sight as most retro titles lean much more into Nintendo’s 8-bit NES or 16-bit SNES eras. For obvious reasons too, as those systems were developed with bigger screens in mind, making them a much better fit for today’s gigantic screens. Seeing a Game Boy-like image blown up to a full sized screen certainly take a bit of getting used to then – unless you’re someone who enjoy playing around with emulation.

Spacewing War goes full retro handheld though, with a color palette that reminds us of the grey/green hues of the Game Boy – though if you want to switch to something more akin to Sega’s Game Gear or Atari’s Lynx, then a color option is available too. You keep the “made for a small 4:3 screen” look regardless of your color mode, which has some charm but also has its shortcomings.

Those small screens didn’t allow for a lot of enemies on screen, not did the games of that era have a lot of detail in them due to some underpowered hardware. This results in levels that aren’t especially long or challenging, though you do have to complete the campaign if you want that platinum trophy. And you have access to a few different shot types, but at the same time you’ll have to content with some rather crude collision detection. That’s perfectly consistent with the norm in the era, but does require a bit of nostalgia for that on the player’s end as well. If you have no experience with or memories of shooters on handhelds from thirty years ago, you’ll probably want to skip this one. If you do, it’s a nice dose of nostalgia.

With Hillbilly Doomsday, we have another new indie title with a strong retro vibe to it – this one evoking memories of run and gun platformers like Metal Slug, but set against the backdrop of a zombie apocalypse. It’s out for all major console platforms right now and was developed by Uncle Frost after which Sometimes You took care of bringing the game to various platforms.

Switching from a standard 80s action movie or sci-fi feel to a zombie theme means that Hillbilly Doomsday is a bloody gore-fest – most of the enemies you defeat will burst into a red bloody mess or green goo. It’s all presentated in a 16-bit visual style though, so none of it is too realistic or grotesque to look at.

Hillbilly Doomsday is also a relatively easy game, so you’ll be seeing lots of these exploding enemies. You’ll also see plenty of trophies popping, as an overpowered arsenal of weapons makes this particular apocalypse relatively easy to overcome. It’s fun to play though, with easy and responsive controls, a range of different weapons to experiment with and plenty of content for a low budget game.

What also helps is that Hillbilly Doomsday looks and sounds the part, with a pixel art visual style, diverse levels and enemies and an energetic soundtrack. It’s not a game you’ll remember years from now, but a fun diversion for a few hours if you’re into the old school run and gun platformer genre.

Our second Eastasiasoft release today is Drunken Fist 2: Zombie Hangover, showing us once more that they’re becoming one of the most prolific indie publishers out there. This one’s out for all console systems and PCs and was developed by Deklazon.

We didn’t play the original game, but something about these Drunken Fist games feel a lot like a bad idea for a videogame that teenagers come up with after a night of drinking. But while most ideas like that are forgotten about within a few hours, this is a case where they pushed on and actually made the game a reality. The result is about what you’d expect, for better and for worse.

The core premise of the game is a drunkard who wakes up amidst a bunch of dead bodies, then decides to get up and kick a bit of zombie ass. Luckily, he’s trained in martial arts, so he’s not completely defenseless. His biggest weakness is probably that he has an insatiable thirst for alcohol, which affects his movements and makes him have to pee a lot. Yes, you read that right. There’s even a whole gameplay mechanic tied into this, as zombies will slip over your puddles of pee. See what we mean about the conditions under which you come up with an idea like this?

Luckily, if you look beyond that high concept idea, there’s a surprising amount of different attacks and weapons that you can use, which was a pleasant surprise. It’s still a bit rough in its implementation though, because I doubt we can chalk up a poor camera system and sometimes unwieldy controls to “drunkenness”. From the dated graphics to some really rough edges this is far from perfect, but it’s a hilarious idea that somehow hits that “you’ll never guess what I just played!” spot. That doesn’t make it good, but it’s certainly memorable.