It may not have been on many people’s “eagerly anticipated holiday releases”, but we were looking forward to Shatter Remastered Deluxe by PikPok quite a lot. Out now for consoles and PC, we checked out the PlayStation 5 version.

The original Shatter was part of the first wave of digital-only releases for consoles, back in the PS3/Xbox 360 days, and we remember it as one of the best. And while the majority of games are digital-only these days, we were glad to see this little gem make a comeback well over a decade later with an updated version that retains all of the content and gameplay but adds a host of technical upgrades. 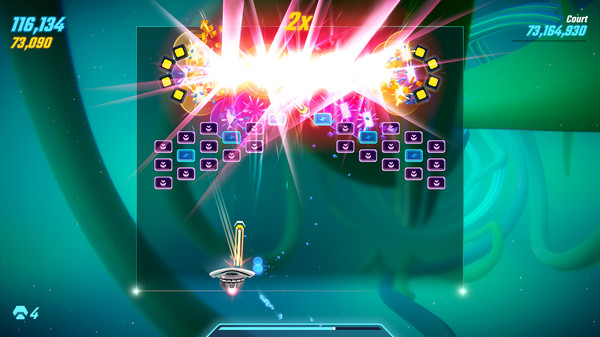 What Shatter did so well back in the way was reinvent a formula that was pioneered and popularized by games like Breakout and Arkanoid three to four decades ago: the brick breaker, where you use a paddle to bounce a ball up at a wall of bricks in order to break them down, while making sure said ball doesn’t pass by you and become lost.

Shatter lets you enjoy its gameplay through a handful of different modes, including support for two-player co-op gameplay. The star attraction is the game’s story mode though, which features 71 well designed levels that gradually introduce new brick types and behaviors, but most importantly they become very creative from a level design point of view. While many levels have a traditional Arkanoid-like layout, others have a rounded look and file, and every few levels you’ll run into an actual boss fight. 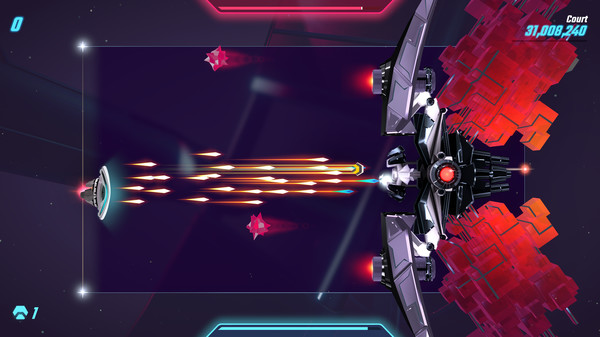 Those boss fights are some of the most unique elements of Shatter, and require a careful approach – one that often includes using the game’s ‘suck’ and ‘blow’ mechanics, what essentially means that you can suck bricks towards you and blow them away. This doesn’t destroy them (and they can hurt you if they come too close), but it does turn them into useful projectile weapons if used well against a boss.

What made Shatter fun over a decade ago is still fun today, and it’s never looked and sounded better either. On the right set, the game now supports 4K resolutions running at 120 frames per second, with a soundtrack that’s been redone with support for 5.1 surround setups. Shatter managed to feel nostalgic and fresh at the same time, and at its price point it’s an easy recommendation.