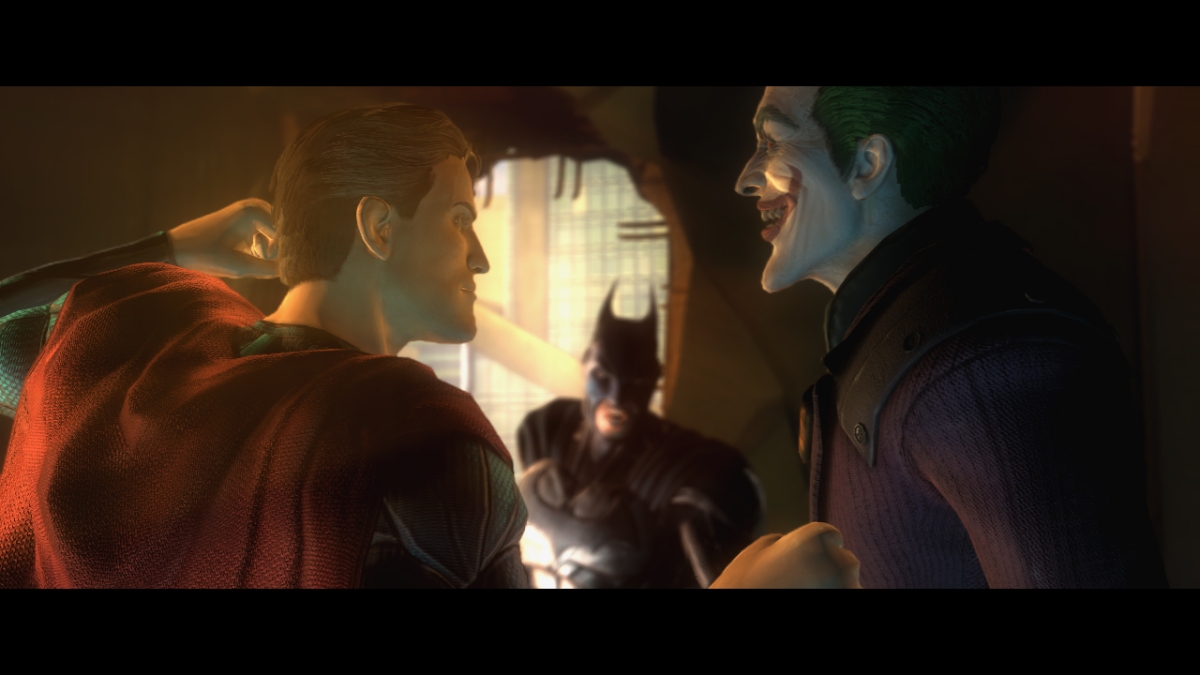 When NetherRealm announced that their follow-up to last year’s successful Mortal Kombat reboot was in fact not a new Mortal Kombat game, I was intrigued. They said that didn’t want to do the annual update, but rather switch to something very different in order to be able to come to MK with fresh new ideas later. A few months later, ‘something different’ turned out to be a new fighting game franchishe in the DC Comics universe. Coming a few years after Mortal Kombat vs DC Universe, it remained to be seen how different things were really going to turn out. With Injustice coming out this week, we checked out the game for answers…

Right off the bat, Injustice stays true to its comic book roots with a story that’s equally grand as it is far-fetched and silly. Setting up the premise is a scenario in which Superman is manipulated into setting off a nuclear device in Metropolis tied to Lois Lane’s heartbeat, which would probably be a hard sell if the narritive was the key element of this game. Luckily, it is not, and the main focus is firmly on the fighting dynamics and gameplay. And though the comic book roots are apparant in the story, it is NetherRealm Studios’ Mortal Kombat background that really shines through when it comes to actually playing the game. 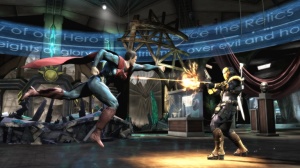 You control your characters in Injustice very much like you would control Scorpion and Sub-Zero. Think ‘forward-forward-back’ and not ‘half circle forward’ and you get the idea. Of course it makes perfect sense for NetherRealm to stick with their winning formula, but it also means that you might not like what you find here if you’re not a fan of Mortal Kombat’s control scheme. That aside, the control scheme works well for the roster of fighters that are available to you. Much like MK’s characters, these superheroes often possess immense strength and harsher movements somehow fit the bill better than the fluid motion we see in Tekken or Street Fighter.

We’re not saying that Injustice blantantly copies an existing control scheme, but it still feels familiar despite being different. The main difference lies in the game’s use of a ‘special ability’ button that fits your character’s unique skills and abilities. This is a smart approach, because as we all know each superhero has to have his or her own superpower(s). Since these powers are so very different over a whole roster of fighters, it’s good to bundle the associated moves under a single button instead of spreading them out over existing attack buttons. It makes controlling your characters more intuitive, though the game is hard to master. This is partly due to this being a brand new franchise with characters we haven’t seen before in this genre, but also because the game doesn’t offer you much in terms of tutorials that familiarize yourself with the subtle details that can make all the difference. If you’re an offline player, you’re probably missing out on a lot of the depth in gameplay mechanics because the game simply doesn’t teach or even show you.

What’s also new about Injustice is the more strategic element of ‘clashes’. Once per player per round, you can trigger a sort of wager where you gamble with the energy in your super meter. Depending on how much you and your opponent wager, you can either regain or lose energy. This dynamics takes some of the flow out of the game, but makes more sense here than it would in a game that is more strongly based on fluid motion like Tekken. It also adds a layer of depth to the game, because wagering a lot against an oppononent might reduce your chances of winning when you trigger a clash later on.

Injustice is easy to pick up, but hard to master. I’m generally not someone who plays online a lot, but this game doesn’t show a lot of its potential until you start watching or playing some online battles. This is a shame, because NetherRealm has a solid fighting game here in the DC superhero realm that feels familiar enough to fans of the MK franchise, yet different enough to survive on its own merrits. The game’s art style, graphics and over-the-top animation do the character roster justice, and fans of the genre and the DC superheroes and villains will definitely be pleased. Recommended, though not as good as last year’s Mortal Kombat reboot.