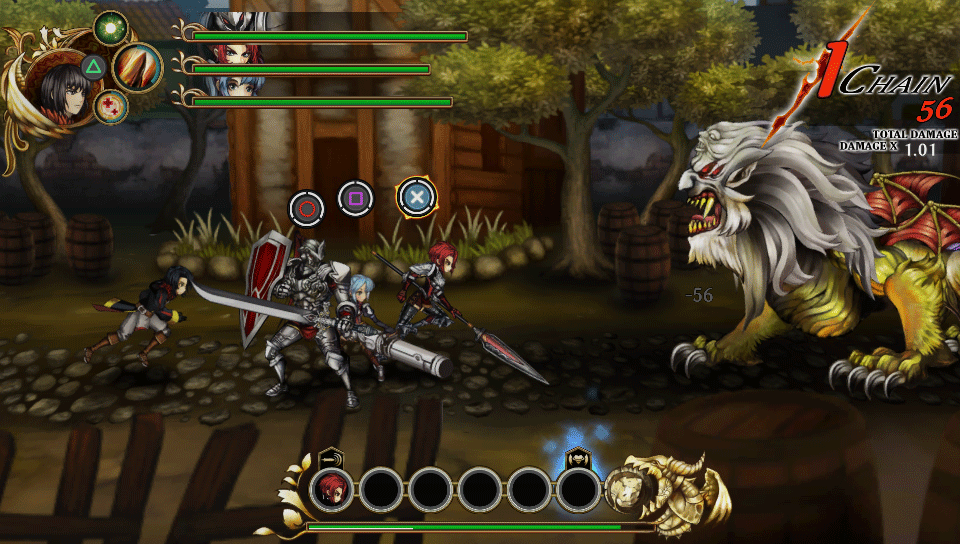 We’re reviewing Fallen Legion by YummyYummyYummy, and that essentially means reviewing two games at once. With versions available for PS4 as well as the Playstation Vita, the full experience requires you to play both – which we did.

It’s a novel approach that we haven’t seen much, and one that will definitely make gamers feel special who have both a PS4 and a Vita. For the PS4, there is Fallen Legion: Sins of an Empire. For the Vita, Fallen Legion: Flames of Rebellion shows you another side to the universe of Fallen Legion. From a narrative perspective, both games portray the same events – just from a different angle, and playing through both stories gives you a better understanding of the other protagonist. The order in which you play both games doesn’t matter – both stories take place within the same time period and kingdom.

The PS4 version of the game focuses on Princess Cecille, whose father – the king – recently and abruptly passed away. The kingdom of Fenumia then passes to her, but it’s a kingdom in turmoil and on the brink of collapse. Cecille is given a magical book which becomes a character all of its own as well, since it speaks and acts as a tutor for Cecille – but at the same time it might have questionable motives for helping you. Nevertheless, this grimoire shows you how to engage in battle and use Exemplars while doing this. These Exemplars are Cecille’s magical representations of some of the finest heroes Fenumia has ever produced, and stand by her side during battles.

Battles are fast-paced but not strictly action-oriented. You control a party of four using your controller’s face buttons (each button controls a hero), and a single button press launches an attack – provided that you have enough action points to spend. This of course leads to endless spamming and button mashing at first, and for a while you’ll get away with it too. Using up your action points leaves you vulnerable though, so pretty soon you’ll learn that you need to time your attacks more carefully against stronger opponents. Action points regenerate over time, and enough experience in battle will teach you to alternate your heroes and counter-strike when an enemy’s attack is blocked. You’ll also learn that careful timing is the key to keeping a good combo going, which is of course way more satisfying than simply mashing buttons and waiting for your action point gauge to charge back up.

Besides combat, there is also the tale of Fenumia’s fate that unfolds – and mixing the overall story with the combat sequences is a system of moral dilemmas that is offered to you. Choosing to treat your people poorly might result in a stat boost for your upcoming fight… but how does it reflect on you as a ruler? These choices between the moral high ground and your need to progress make for a very interesting dynamic, and allows you to apply a little character development of your own. The game unfortunately doesn’t contain too much of this on its own, as the story doesn’t feel as fleshed out as it could have been. This is true for the written portions of the game, but also for the fact that not everything is fully voiced – despite the high quality of the voicework that is there. 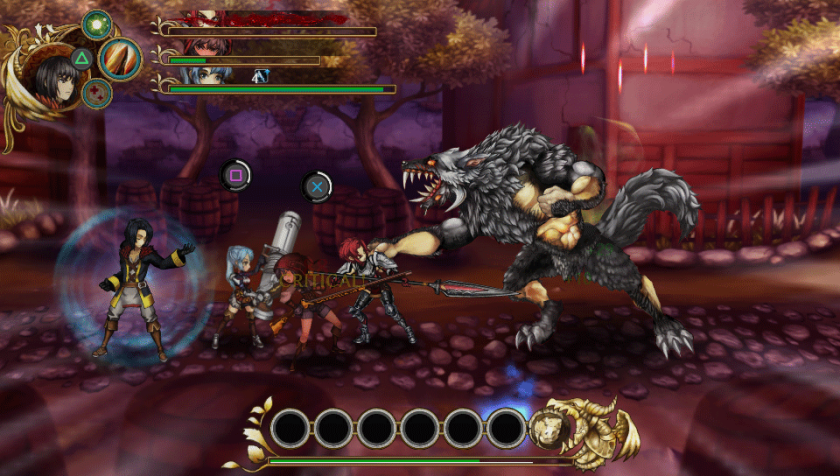 When playing Fallen Legion on the Vita, you assume control of Cecille’s rival Laendur – seeing events in Fenumia unfold from the perspective of the “other side”. Aside from the story’s perspective, which complements the console game, the Vita version is fairly similar to the PS4 game. This is no small feat, and because of the technical limitation of the Vita we were most impressed by Fallen Legion’s handheld edition. Sure, the usual long load times are there, but the beautiful hand drawn graphics are of a quality we don’t see on the Vita too often anymore – evoking memories of Vita classics like Muramasa Rebirth at times.

Fallen Legion doesn’t feature the most well-developed story in the RPG genre and the simple-yet-deep combat can get a little repetitive, but it’s easy to digest and fun to play. The moral choices presented to you make for interesting dilemmas, and the Vita version especially is a nice treat in a time where good new Vita games are few and far between.