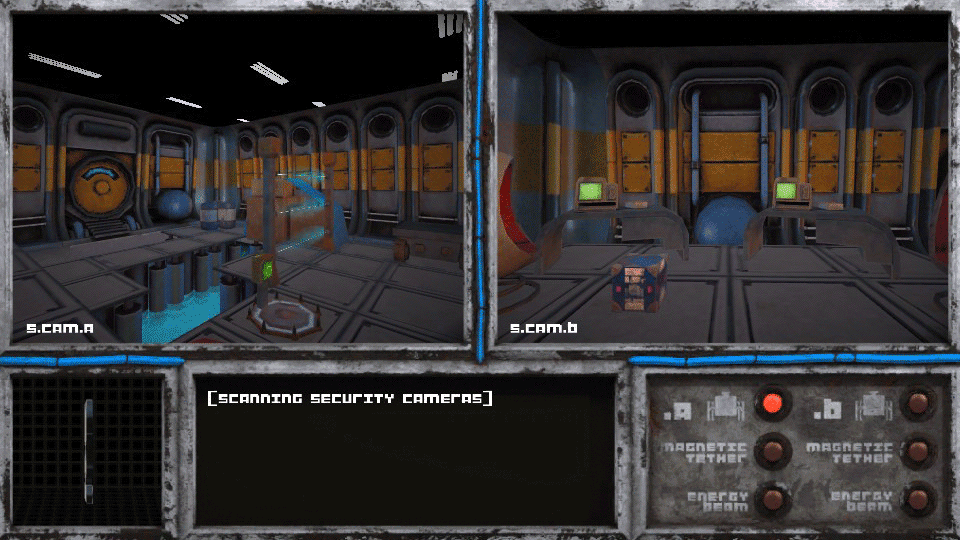 Factotum 90 is a great little puzzler for the Playstation Vita, despite its ambitions perhaps being greater than the Vita’s small screen can handle.

When I first heard about Factotum 90’s impending release, my mind went back to classic games like Paradroid 90 – thinking this was somehow related. Perhaps in its sci-fi setting and use of puzzles they are, but it’s mostly likely just my nostalgia speaking. While Paradroid was primarily an action title, Factotum 90 is most definitely a puzzle game. 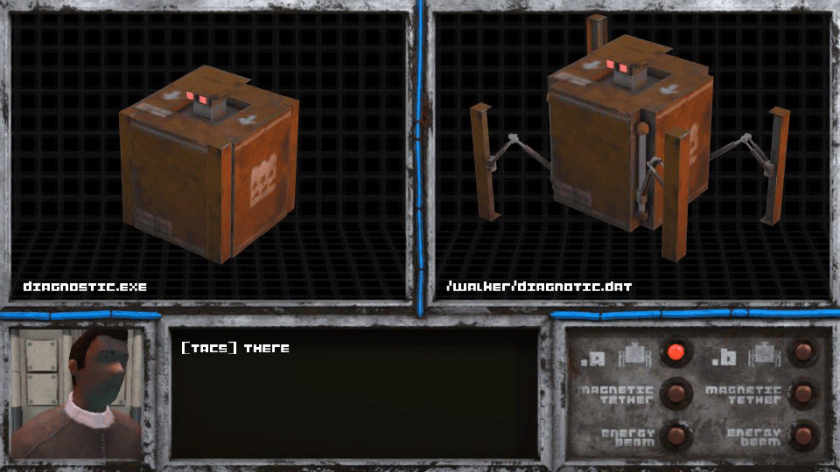 In the game, you’re controlling a pair of robots tasked with repairing different parts of a damaged space ship. You do so by completing levels that require cooperation between them – much like in the recent Vita game Twin Robots which we also reviewed. In Factotum 90, you take a very different approach and platforming isn’t part of it. Instead, you’re operating both robots from inside a control booth, with the Vita’s screen divided up in three parts. The majority is taken up by two monitors that show you what each robot is seeing (they’re side by side monitors with about a 4:3 aspect ratio, filling up the width of the screen). At the bottom of the screen you’re see a few user interface elements that are part of your control panel, but you’ll spend most of your time looking at one of the two monitors.

You’ll rarely look at both, since you can control only one robot at any given time. To get both bots to the exit requires cooperation though, so prepare to hit switches and divert laser beams to help your buddy past a tough spot. It’s nothing we haven’t seen before (the recent-ish Death Squared came to mind), but Factotum 90’s “control booth setting” is a nice touch. Both on-screen monitors also feature a bot’s viewpoint rendered fully in 3D, which made me impressed with the game on a technical level considering the fact that it runs on a Vita. Though not rich in detail, the 3D environments are crisp and the performance is excellent.

Also available on the PS4 (and previously released on Xbox One and PC), the game is a great fit with the Vita when you consider its moderate length. The game’s campaign will take you at least four hours to complete and realistically a bit more, which is good for a Vita game and fits the price tag for the title. My only gripe with the game’s Vita release is that it takes the Vita screen and divides it up further, sometimes making it a bit of a challenge to judge what’s going on. I would have liked being able to switch to a full screen version of either monitor to help me get my bearings. I believe the game is compatible with Playstation TV though, so if you have one of those laying around then that would be useful when you’re not on the move.

In a Vita landscape where a lot of game releases are now indie titles, I was pleasantly surprised by Factotum 90. It’s technically sound and the gameplay is solid, although not remarkable in any way. It has an extremely attractive price tag though, so puzzle fans would be smart to pick this one up.