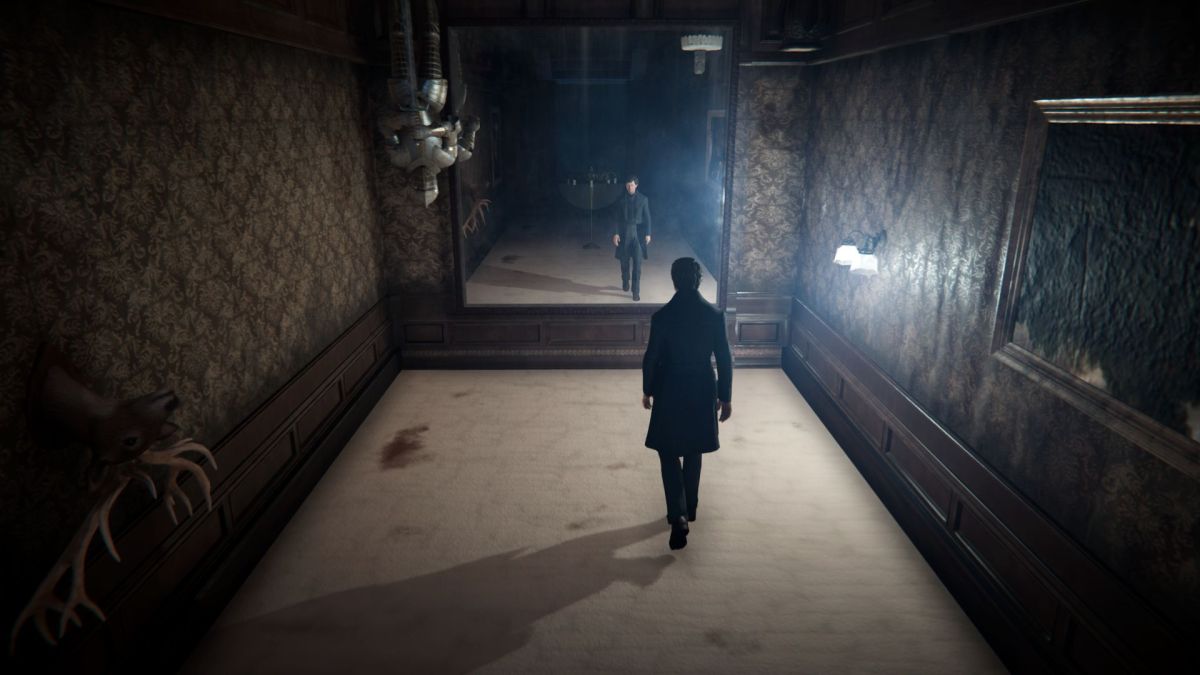 After snapping up the license a while back, THQ Nordic has now released the Black Mirror remake it was teasing a while back. Available for consoles and PC, we played it on Xbox One.

Before we visited Germany for Gamescom this summer, the fine people at THQ Nordic were teasing “a new installment of a well-known, mysterious and horrific IP” that was to be revealed there. It turned out to be Black Mirror, and the new installment turned out to be more of a remake than a sequel. Although the second and third game in the series aren’t that old, the original is from 2003 already – so perhaps it was due for a makeover.

When the first Black Mirror game came out, the adventure game genre was very much at a crossroads. People were calling it dead, and the decline of the great Lucasarts and Sierra brands of adventure games seemed to indicate exactly that. Luckily, classic adventures were and are still being made, with publishers like Daedalic and The Adventure Company springing to mind – the latter has since been acquired by THQ Nordic. Despite this, the past 10 years or so have been dominated by Telltale, who modernized the genre and brought it to mobile devices and consoles as well.

Black Mirror, the remake, sits somewhere in between these classic adventures and the modern approach to adventures. There is more emphasis on narrative and puzzle solving than in most modern adventures, but there are fewer bite-sized chunks as it doesn’t go for an episodic format. This brings some of the problems of traditional adventures with it, but also finally gives fans of that genre something new to enjoy that’s more like the adventure games of old.

A tale of gothic horror and intrigue, Black Mirror takes you, as Samuel Gordon, to the house of your grandfather, where he recently died a gruesome death. It was ruled a suicide, but you’re skeptical about this conclusion and set out to find the truth. Uncovering more than he wished to very early on, Samuel finds out that there’s a family curse that deals with the occult and a portal to a hell-like dimension that is still present somewhere on the mansion’s grounds.

A dark and almost somber atmosphere permeates the entire game, which is a significant change if you’re used to the Hollywood-inspired vibe of the Telltale adventures. Unfolding a bit like an H.P. Lovecraft tale that was written a century ago, Black Mirror doesn’t rely on jump scares as much as it does on plot turns that are unsettling and unnerving. The narrative never ceased to be interesting, as elements from various generations of the Gordon family all come into play even though the main mystery’s resolution remains obscured for a long time.

Black Mirror certainly isn’t cheerful, and the characters that inhabit the game don’t try to pretend otherwise either. Besides Samuel, who you’ll aid in his quest, it’ll be hard to find other likeable characters – with solitude and distrust being more important themes than companionship and friendship. Of course this fits well with the overall theme, and the visuals as well as the audio reflect this. In terms of the audio, what stands out most is the voice acting, which is quite different from the usual over-the-top emotional delivery you find in similar games. Some would probably argue that the voice actors sound bored, but I believe it to be a fitting tone for this type of game.

Ultimately, this Black Mirror reboot isn’t necessarily better or even all that different from the PC original. It’s more polished in the audiovisual sense, but there are a few small narrative missteps here and there with things that don’t make sense and puzzles that can halt your progress for a little too long. Nothing that’s unfamiliar to the traditional adventure gamer, but possibly something that especially console gamers aren’t familiar enough with. Still, the Black Mirror remake is a good example of a traditional adventure – other adventures may be funnier or more exciting, but if dark gothic tales of the supernatural are more your thing then this is a solid choice.