After decades, Tempest 4000 marks a true multi-platform release for a Tempest title – to my memory the first time a game in the series is released for several systems at the same time. Out now for Playstation 4, Xbox One and PC, it’s the latest in Jeff Minter’s reimagining of the Dave Theurer classic. We played both console versions for the purpose of this review.

While Theurer’s name is mostly connected to Missile Command, Minter often comes up in conjunction with Tempest even though he didn’t start working on the franchise until the nineties. His work is highly regarded though, since Tempest 2000 and TxK are considered to be among the best games available for the Atari Jaguar and the Playstation Vita. In a way, Tempest 4000 is TxK brought to a new generation of consoles.

The road to get there wasn’t easy though, as Minter and Atari had a bit of a falling out over TxK. Luckily, things were patched up and Tempest 4000 finally gets the wide release it deserves. Interestingly enough, at its heart, it’s still very much the same experience that older gamers grew up on. Not much has changed if you take away the audiovisual upgrade, as every level of the game still has you staring down a wireframe tube that your enemies use to crawl towards you. It’s still easy to understand, and it’s still addictive. There are subtle things to learn when it comes to optimizing your scoring strategy, but anyone can jump right in. 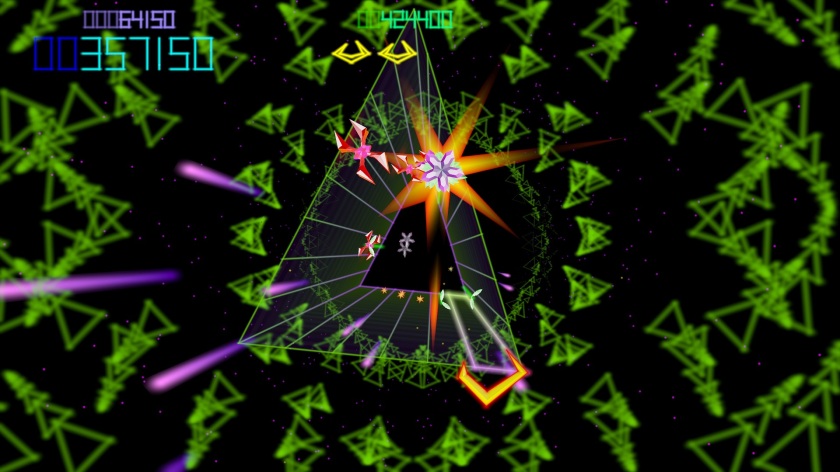 It’s a formula that only gave you a few minutes for a quarter back in the arcades though, and Tempest 4000 does try to add a bit of diversity and lasting appeal into the mix. Besides the “classic/standard” gameplay mode you’ll also be able to play in “Pure” and “Endurance” modes. Endurance is exactly what you’d expect, as it’s Tempest’s take on the survival mode seen in many other games. Pure mode wasn’t the trimmed down experience I was expecting based on the name, but rather expands the gameplay by adding different power-ups and scoring opportunities. It’s nice to have some choices when playing, but do they radically change the gameplay? No, they don’t.

There also aren’t any interesting unlockables to strive for, which is a shame when you consider Atari’s 35+ year relationship with the franchise. Adding some background information, classic photos, schematics and whatnot could have been a great way of adding value to an otherwise relatively straightforward arcade title – fun though it may be. 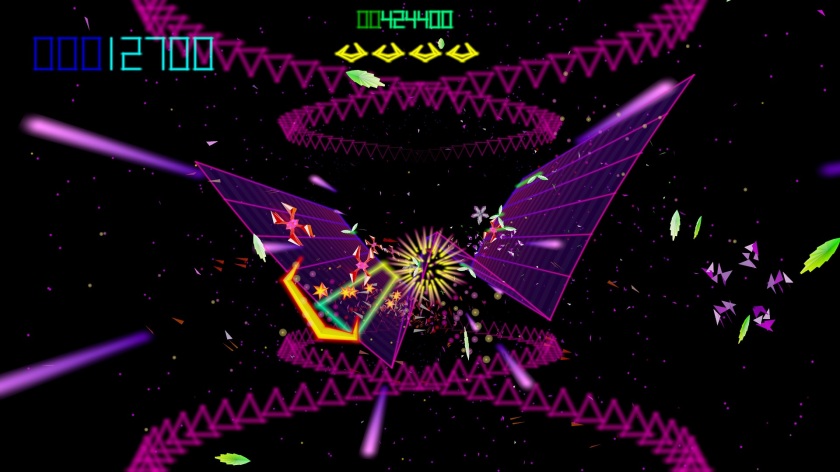 It may not be a Tempest game in name, but the closest thing to Tempest 4000 is TxK – especially when played on a TV using a Playstation TV unit. The visuals have been ramped up to support 4K (on the right setup, of course) and of course it wouldn’t be a Minter game if there wasn’t a ton of trippy stuff on screen, but TxK had a lot of that already. Tempest 4000 is essentially TxK, but with better graphics and more visuals effects. The soundtrack’s excellent as well, especially if you enjoy early techno music – it helps keep up with the frantic pace of the game and fits perfectly with the retro-inspired gameplay.

The one big drawback that Tempest 4000 has, besides the lack of diversity in gameplay, is that there isn’t really an innovative hook to draw gamers in. Minter’s previous title (Polybius) had Playstation VR support and even though Tempest would have been an awesome fit for VR there is no headset support (yet). Perhaps it is because, sadly, Polybius didn’t do well commercially, but it’s not doing Tempest 4000 any favors since it keeps the game tied to what we’ve seen before rather than elevate it to a new era.

Luckily, what we’ve seen before and see once more in Tempest 4000 is still a classic gameplay experience and a fine example of arcade gaming. It could have been more, but here’s hoping it does well so that it might receive that VR upgrade after all.