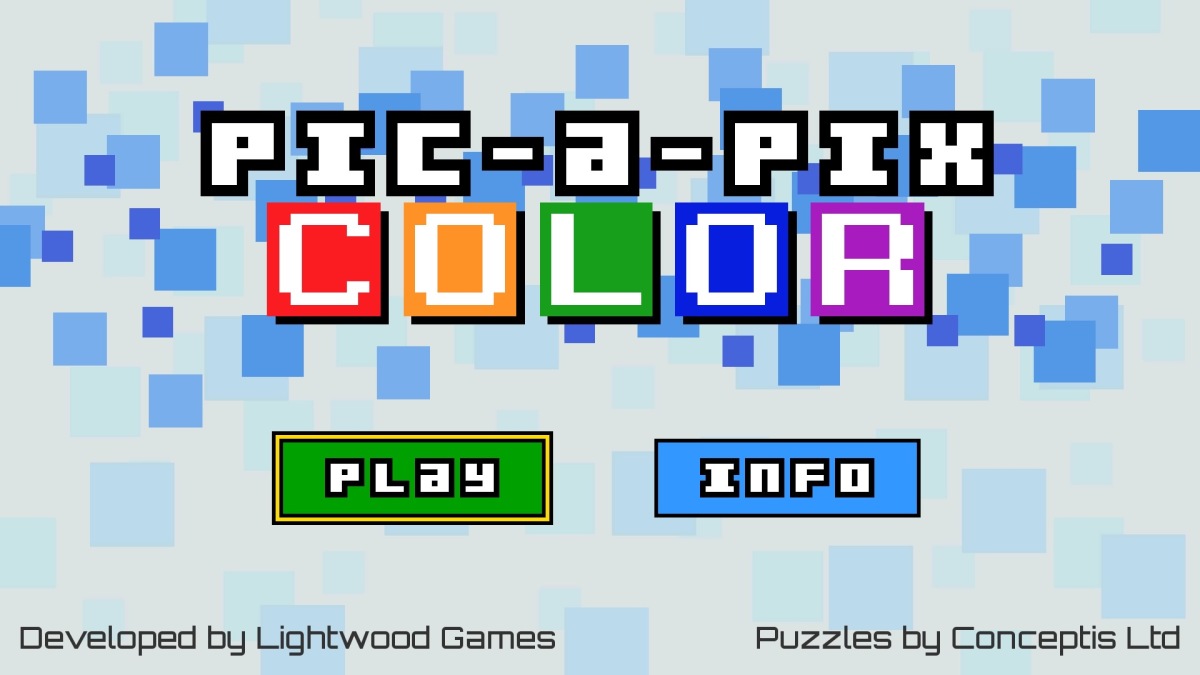 In recent months, developer/publisher Lightwood Games had released two casual puzzlers on the Playstation Vita. Pic-a-Pix Color and Fill-a-Pix: Phil’s Epic Adventure certainly aren’t unique and they’re both available on other systems as well, but they cater to a specific crowd and they do so very well. Here are our reviews of the Vita versions.

Why the Vita versions? Good question, since I own 3DS as well and these were the kinds of games I would always gravitate towards back in my DS days as well. The Vita was for shrunken-down console games, the (3)DS more for casual experiences. However, these are games that make sure I don’t have to switch systems anymore when making that choice – and that alone makes them extremely welcome on the Vita, where casual puzzlers are far rarer than on Nintendo’s platform. Heck, Lightwood Games alone has released over half a dozen of them already.

Instantly familiar because of my many hours with various Picross titles (including my DS favorite Pictross 3D), Pic-a-Pix Color is a fairly standard nonogram-type puzzler in which you slowly decipher a grid of squares by processing the clues on their borders. On a 10×10 grid, you might see a “3” listed above a column, which means three squares in that column need to be colored in. Which ones they are is what you need to figure out by looking at other rows and columns, and you’ll slowly start seeing a picture emerge.

Most of these games, including the Nintendo handheld Picross games I’ve played, offer puzzles in black and white. Pic-a-Pix Color offers a twist to the formula by adding a bit of color into the mix. So if you see a red 2, a black 3 and a blue 1, that means the row has 2 red squares, then later on 3 black ones and ending with a blue one somewhere. 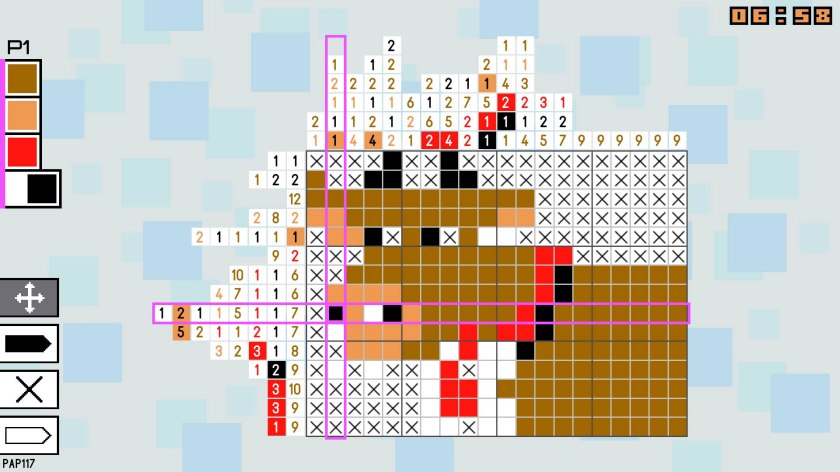 At first sight, this makes these puzzles easier, but there’s another twist in that the color changes don’t necessarily mean that you’re skipping one or more square in between – which is always the case in regular nonogram puzzles. This balances out nicely for a mix of traditional Picross gameplay with a subtle twist and better looking solutions – always nice after you spend a bunch of time getting there.

Although I still love the 3D twist that came with Picross 3D, Pic-a-Pix Color definitely gave me a newfound appreciation of 2D nonogram games. It’s based on something familiar and thus not a total revolution, but it’s very well put together with a lot of content and very little on the Vita to compete with it.

When I started playing Fill-a-Pix: Phil’s Epic Adventure, I expected it to be another Picross-type of game. This was judging from the screenshots, which show large Picross-like puzzles with enormous grids and complex pictures. Sounded like Pic-a-Pix XL to me, but it turns out I was wrong.

Fill-a-Pix: Phil’s Epic Adventure is more like Minesweeper than it is like Picross, which took me even further back in time to the Windows 3.11 era. Phil’s Epic Adventure comes with a story angle as well, as it lets you decipher puzzles that help you view Phil’s vacation pictures – apparently taken with a super low-res camera so they end up looking like nonograms (the black and white kind, this time). As it generally the case with puzzlers, the story is forgettable and it’s really just about the gameplay.

Minesweeper’s easy to understand, and so is Fill-a-Pix: Phil’s Epic Adventure. Numbers on a (huge) grid indicate how many non-empty grids border a square, and you start working on what’s known to keep the guessing down to a bare minimum later on. Puzzles are far larger than a single screen, but there’s an overview on screen that helps you see what you’re working on and how much you have left.

The bigger problem that Phil’s Epic Adventure has is that puzzles can take too long to complete, with a bunch of time devoted to mindlessly doing the parts of the puzzle that are no-brainers (like marking the areas around every “0” on the screen). Once you have a decent idea of what the final picture will be, completing the rest of the puzzle can also start to feel like a bit of a drag.

Of course Minesweeper itself wasn’t all that great of a puzzle game – it was Windows 3.11 big timewaster alongside Solitaire. Fill-a-Pix: Phil’s Epic Adventure takes that formula and adds a bit of character with its picture-driven formula and main character, but it doesn’t elevate the game to the likes of Pic-a-Pix Color, which is a great brain teaser as well as being a good way to spend a bit of idle time.