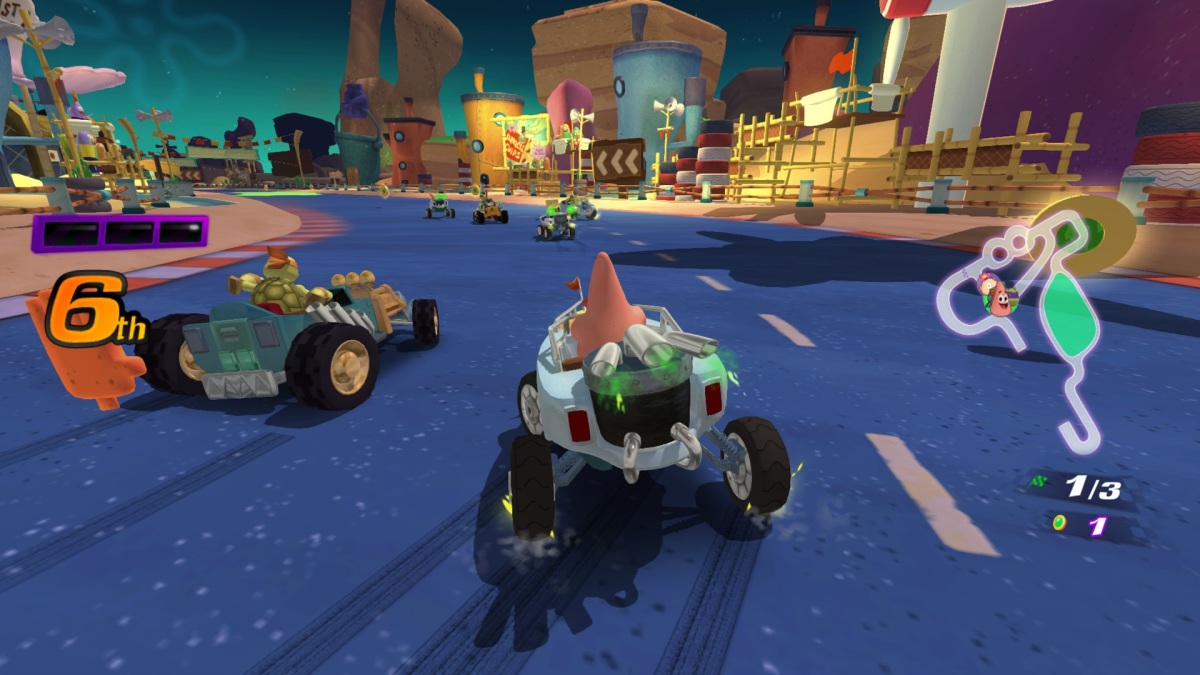 A brand new kart racer geared towards a younger audience, Nickelodeon Kart Racer is coming out this Friday for Playstation 4, Xbox One and the Nintendo Switch. We reviewed the Playstation 4 version is this console exclusive racer.

When a game with a title like Nickelodeon Kart Racers lands on your desk, you know pretty much exactly what to expect. Relatively generic kart racing that’s kept simple so it can appeal to the younger crowd, and plenty of familiar characters. I was expecting something a bit like Madagascar Kartz, which I had a lot of fun with a few years ago.

For the most part, that expectation I had was justified. Nickelodeon Kart Racer features three difficulty modes (or ‘cups’) to race in, and it has a decent number of tracks to race on – 24 in total. I would have definitely expected a larger roster of characters to choose from though. The game has 12 Nickelodeon characters to race with, but four of them are Teenage Mutant Ninja Turtles and another two are Spongebob and Patrick – that’s half the roster already spoken for. 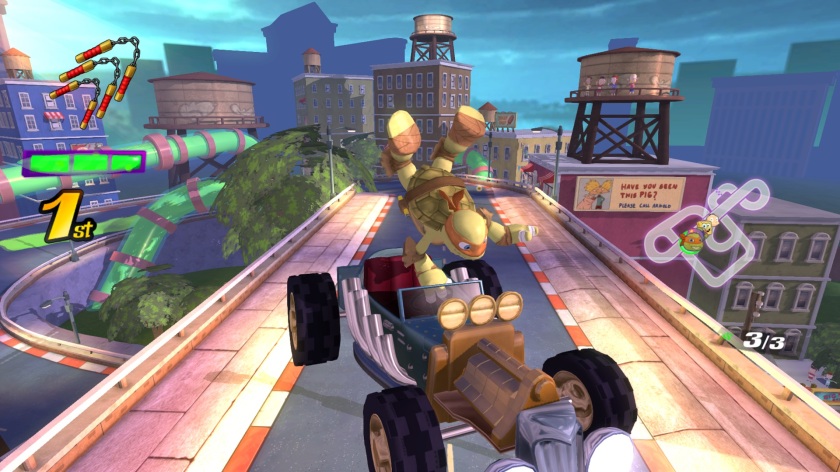 What really struck me as odd was that perhaps the most natural fit of all of Nickelodeon’s characters were missing – the Paw Patrol pups. I mean, if I’m buying toys that have these pups already glued to their respective cars, then aren’t they the absolute perfect match for a game like this? Sure, they’re getting their own videogame (out this week as well, so maybe it’s a licensing thing), but I highly doubt kart racing features heavily in that title. If your kids (or you yourself) aren’t into Spongbob, TMNT, Hey Arnold or Rugrats, a lot of the appeal of the game is lost – a shame when you consider Nickelodeon’s rich lineup.

Each of the 24 tracks in the game is based on locations from the aforementioned shows, which is a definite draw for fans of the show (or another missed chance if you look at it from the roster’s perspective). As you’d expect they’re colorful and cartoonlike, though not particularly impressive when compared to the likes of Team Sonic Racing or even last gen kart racer like Madagascar Kartz. The engine does run smoothly though, and also allows for split screen local multiplayer action that provides plenty of family friendly fun.

Gameplay-wise, the racing itself is fairly generic but the game does a job of throwing interesting and diverse objectives your way. These can include things like a little slalom action, and completing objectives and gathering coins gives you the opportunity to upgrade your character and vehicle’s skills in between races as well. Another kart racer staple that you’ll find in Nickelodeon Kart Racers are the boost zones you’ll find in the game – here represented by green slime that makes for fast and sometimes hard to control sections.

What Nickelodeon Kart Racers lacks in its roster, it makes up for in gameplay modes, which range from a grand prix mode to one off races and a few battle arena options. When you consider there’s good local multiplayer support as well, this diversity becomes one of the biggest draws for the game.

Having said that… unless the game is intended to be played by (or with) a younger audience, it’s hard to recommend Nickelodeon Kart Racers with Team Sonic Racing on the horizon (and with Mario Kart out on the Switch already). If you have kids who adore the characters that are featured in the game then they’ll no doubt enjoy racing with them, but it’s a shame the roster limits the target audience when there was so much more potential there. It’s decent enough as a generic kart racer, but if you’re not invested in its characters you’ll want to wait for Sonic’s new racer.