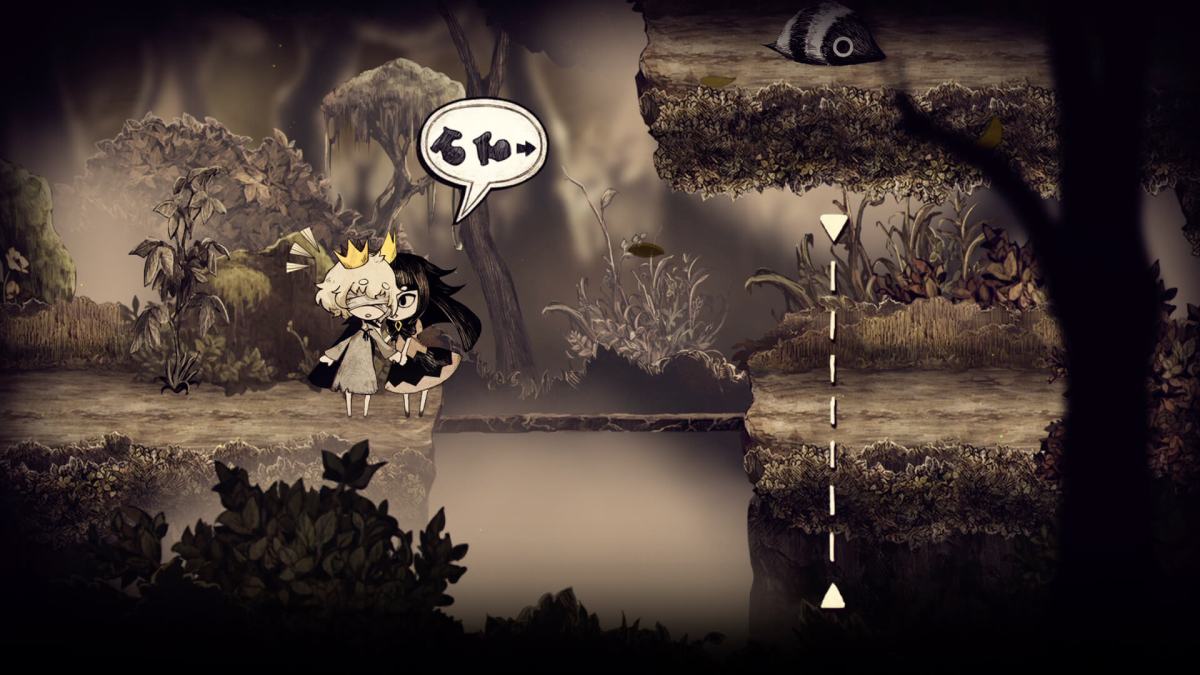 As a fan of their previous/similar titles, I was really looking forward to The Liar Princess and the Blind Prince, out now on Playstation 4 and the Nintendo Switch. We played the PS4 version of the game for this review.

Of course, NIS has released games in a wide range of genres over the years – from the strategy/tactics of Disgaea to dungeon crawler/JRPG hybrids, there’s a lot of diversity in their catalogue of games. Some of the most memorable games for me, however, have been the ones with a unique art style and dark fairytale-like charm. The Yomawari games are recent examples of this, but I’m especially fond of A Rose in the Twilight and the strikingly-titled htoLNiQ: The Firefly Diary – two must-have titles for the Playstation Vita in my opinion.

Both featured gorgeous hand-drawn art styles, and The Liar Princess and the Blind Prince feels like the logical evolution of that style. From its title to its presentation, everything about the game feels like a storybook-like fairytale with a dark twist – which I thought was a delight to play and I wish the experience had been longer.

Story-wise, The Liar Princess and the Blind Prince revolves around a wolf with a beautiful singing voice who accidentally blinds a young prince when he gets too close to her. Striking a deal with a witch, the wolf gains the ability to transform to human form – turning her into a young girl. Obsessed with returning the prince’s ability to see, she now tries to guide him past the game’s obstacles and dangers – literally, by holding his hand and guiding him forward.

You still have the ability to change into wolf form, and will need to do this in order to overcome the dangers that face you. You can’t be near the prince in this form though, as he’s obviously terrified of your wolf form and doesn’t know that the girl he trusts is actually that very same wolf. What unfolds is a puzzle platforming mechanic that is slowly elaborated upon over the course of the story – as the prince learns to walk by himself or holds items or a position for you as you trigger another part of a puzzle.

None of the puzzles in The Liar Princess and the Blind Prince are especially taxing and the action doesn’t get too challenging either, so puzzle purists or platformer enthusiasts will perhaps come away somewhat unimpressed. The game unfolds with a beautiful sense of style though, with the visual presentation echoing through in a wonderful audio score as well. Despite its shortcomings from a gameplay perspective – I found The Liar Princess and the Blind Prince a wonderful little experience and can’t wait for what the development team has in store next.