Disney’s new version of The Lion King has been doing extremely well at the box office since its release, overtaking Frozen as the studio’s highest grossing animated feature ever and steadily making its way towards the overall top 10 as well – where it will likely stop just shy of the top 5. It’s also playing in 4DX in select theaters, so we decided to try out that version and see what it adds to the experience.

This new 2019 edition of The Lion King doesn’t waste any time showing the audience what it wants to be – a nostalgia-fueled retelling of a beloved Disney story. In this particular case, it’s also a retelling of the highest grossing of all the hand-drawn Disney classics, so why not strive to do the same for its CGI-fueled generation?

Of course, the way to go about such a tactics is to play it safe – so the opening scene features pride rock, baby Simba being held up to a massive gathering of animals and a rousing musical rendition of “The Circle of Life”. Nothing new, but by combining so many iconic elements into that opening sequence the scene is immediately set. 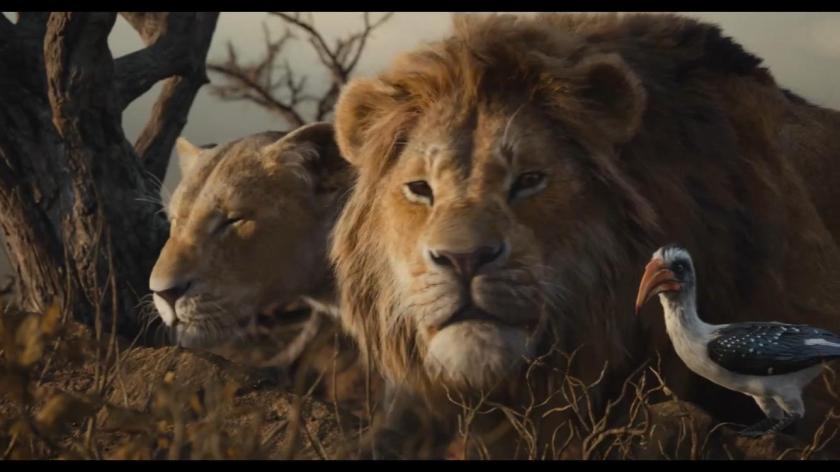 And that’s not a bad thing, because it creates a sense of excitement and anticipation in the crowd. They know that “that song” is coming up, and that “that scene” is next. Director Jon Favreau realizes this, and makes sure all the right chords are struck – and the new voice cast (only James Earl Jones returns) does a good job as well. When “I Just Can’t Wait to be King” starts up, you’re barely even watching the scene anymore as you start humming along. As with Bohemian Rhapsody, the sense of nostalgia elevates the movie so much that you easily forget what’s missing (or in the case of the Queen biopic, what’s factually wrong).

The Lion King doesn’t get anything wrong, but it also doesn’t add anything new to an existing classic besides the technical marvel it represents. Almost entirely created through CGI, it’s a great sight to behold and an audiovisual cinema experience in and of itself for that reason. Which of course brings me to 4DX – which potentially has the power to further enhance an otherwise formulaic remake. And luckily, it does. 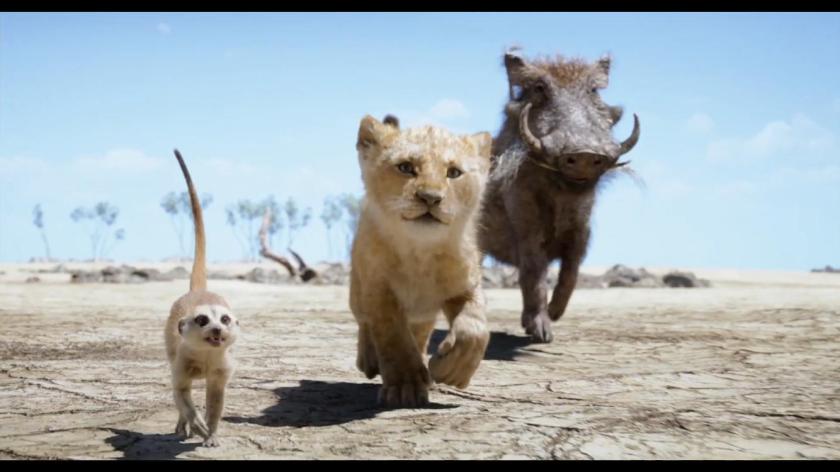 Right at the start, smells demonstrate that you’re now in a different part of the world, and the amount of effects ramps up as the movie progresses. During the famous stampede scene, your seat rumbles at the horde of animals approaches and passes. When seated behind Pumba’s head as he charges, it’s like you’re really riding that warthog. There are also select scenes where water(falls) and rain play a role and this is also represented through 4DX, but luckily the water tap gets shut off after a minute or so during the final scenes, or we’d all have left the theater drenched.

Instead, the movie makes excellent use of motion (especially during action and fight scenes) as well as wind, which is used to great effect in a lot scenes – I’m assuming because the African plains lend themselves so well to wind. It all adds up to a mix of sensory experiences that is extremely well suited to the new Lion King remake – a retelling of a story that is mainly interesting from an audiovisual perspective. From that angle, the 4DX version of the movie is a must-see event as long as it’s playing in theaters and you have the opportunity to go see it that way. Wait for the BluRay, and you’re left with “just” a nice CGI version of the 1994 classic.