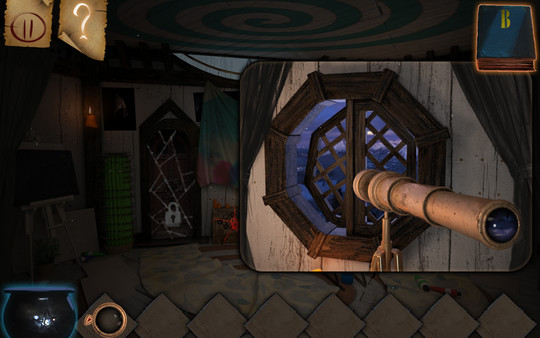 A bit of an unusual title for the Playstation Vita, we take a look at The Tower of Beatrice. Originally released through Steam, the Vita port was done by Sometimes You.

An adventure title where you play the part of a thief tasked with stealing a witch’s book that’s locked in a tower, The Tower of Beatrice is a hybrid of various game genres. It’s a hidden object game, a puzzle game and a narrative escape room-type adventure all rolled into one, and it’s a blend that mostly works.

The hidden object portion of the game isn’t too well suited to the Vita’s relatively small screen when you’re looking for especially small objects (especially because the backdrops are often very detailed), but the puzzles and narrative direction are both well done – though control issues do come into play at first. More on this later. 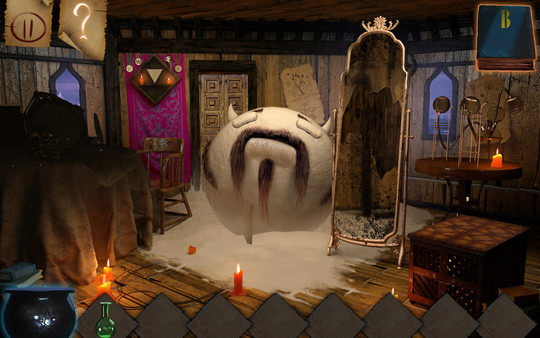 At the start of the game, you’re asked to deliver a mysterious client a book that was hidden inside a tall and mysterious tower, but as you enter it you’re immediately trapped by Beatrice, the witch who lives there but hasn’t been seen in ages. She comes to you through her magic book, which speaks to you with the occasional taunt and/or hint.

Divided up into six different floors/scenes, each rooms consists of several smaller tasks that you need to complete in order to escape the room and proceed to the next phase of the adventure. This often involves casting a spell, the recipe for which can be found in Beatrice’s spell book. Seeing the ingredients for each spell also gives you a clue about what you need to do in a scene – for example, if you see that you need water then it won’t take long to figure out that you could try and melt some ice to get some. 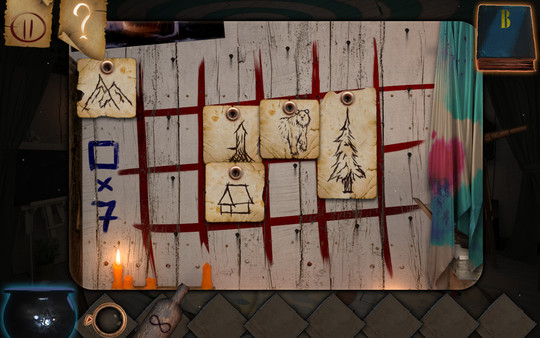 Navigating a scene isn’t just done by clicking a big scene that was shrunk down to the Vita’s screen size. The game also offers close-ups of various points of interest in each scene. These often contain things you need to grab, objects you need to manipulate or puzzles you need to solve. Having these zoomed in scenes definitely helps, though I initially had some trouble with the controls.

Most of the control issues I had stem from the fact that The Tower of Beatrice was originally developed for mouse control on a PC, and the combination of touch screen and button controls that was introduced to replace it didn’t feel completely natural as I started playing the Vita version. There’s no tutorial or overview of the different controls, so you kind of learn about what to do through trial and error – which means a bit of frustration can occur as you navigate out of (or into) a zoomed in scene when you really wanted to use something from your inventory to manipulate the scene.

Stick with it though, and The Tower of Beatrice is a fun little diversion on the Vita that blends genres we normally only see on a platform like Steam. If you’re drawn to them over there you’ll enjoy this as well, even though there are more polished examples in the genre.