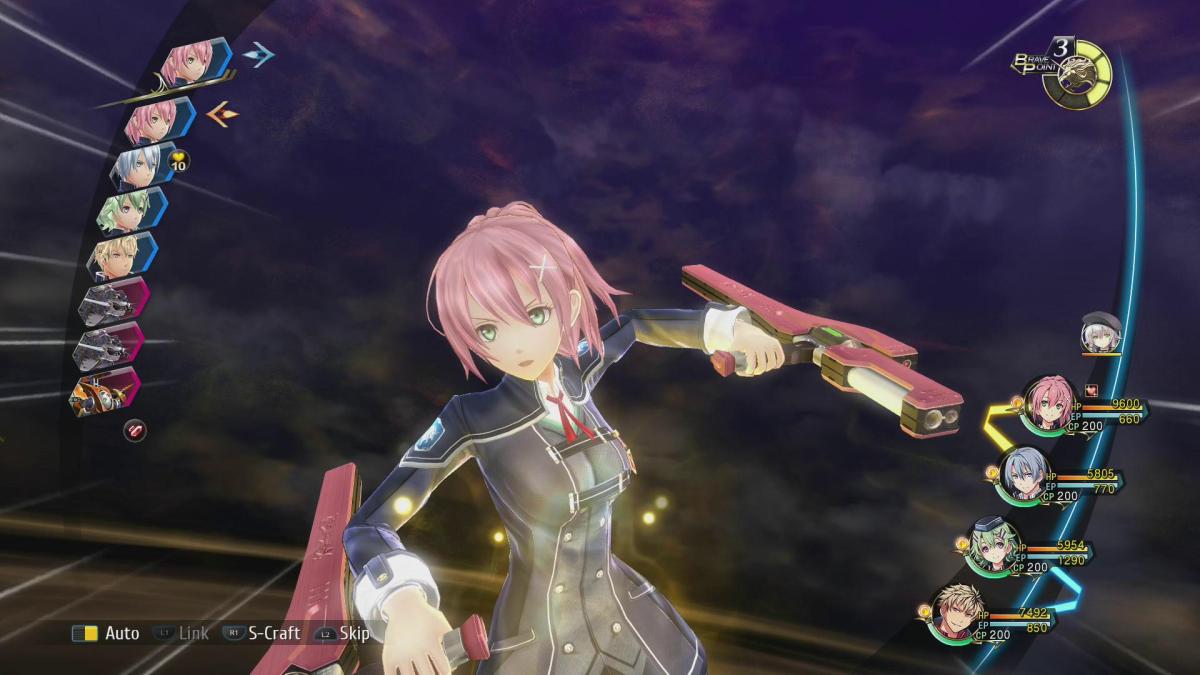 NIS America is finally launching The Legend of Heroes: Trails of Cold Steel III in the west, and it’s coming out exclusively for PS4. Was it worth the wait?

The past few years have certainly been a long wait for me when it comes to the third game in the Trails of Cold Steel series. I played the first two games on the Playstation Vita, and was a bit heartbroken when the third one wasn’t coming to my beloved handheld. Instead, in addition to missing out on a portable version, I also had to wait for the first two games to be ported to PS4 before the third one appeared on the horizon again. Then again, I do admit I had a bit of a chuckle when I saw the 40GB install size for the latest game, thinking back to the 3GB maximum that’s imposed on Vita titles.

The story Cold Steel III starts about two years after the events of the previous game, and features both returning and new characters. Rean is no longer the student or hero he was before, but instead we find him freshly graduated and picking up life as a professor at the military academy – teaching the class he was once a part of.

As can be expected from a Trails of Cold Steel game, all of the characters are incredibly complex and well written out, with a ton of backstory behind each and every one of them. This is true of the main cast, the supporting cast and even the random NPC that you happen to bump into. There’s a wealth of background information about the world, its stories and its characters, and it helps immensely to be familiar with the games that came before. The Legend of Heroes series predates the Trails of Cold Steel games, but I’d advise to at least play the first two games in the series before starting this one.

Characters are fully voiced in the game, and the new cast members are interesting in their own right – adding new dimensions to the story and to Rean’s relationships with them. One new student has entered the school despite his upbringing in a high society family, another might have ulterior motives for her stay at the school. As with previous games, the characters have been well defined and finely crafted, all fitting in to an increasingly complex game world.

A lot of this complexity comes from how the world of Trails of Cold Steel is based around the struggles between the classes, regions and nations and inhabit it. This shapes the characters as well as the narrative, and it’s all been done in great detail. Obviously, this is also the reason that Trails of Cold Steel III is going to be hard to get into for those new to the series – and even if you’re a veteran it takes a while for the game to pick up steam. It gradually introduces you to its (new) cast members first before throwing you head first into a new adventure.

Though very much narrative-driven in nature, Trails of Cold Steel III is also still a traditional JRPG with a turn-based combat system. This hasn’t changed much from previous games, but developer Falcom did introduce two new features with the Brave Order and Break System mechanics. Brave orders function like (temporary) upgrades that affect your entire team, so they can be a useful way to spend the brave points you’ve accumulated that’s different from the usual system when you spend them in high power individual attacks.

The Break System also deals with team-based mechanics, though less so than the brave orders do. In combat, they allow you to target weak spots on an enemy which temporarily break their defenses and make them extra vulnerable to the attack coming from your next party member. Both new additions aren’t radical game-changers and are things we’ve seen elsewhere in the genre, but they’re welcome changes that fit smoothly within otherwise familiar gameplay – which of course still involves plenty of character-specific moves you can trigger from time to time.

Despite the wait, The Legend of Heroes: Trails of Cold Steel III isn’t quite the step up from the previous games that I had hoped for, audiovisually speaking. The visuals feel like they got the HD treatment – at least in terms of character models, but other than that there’s little to set the third game apart from the first two. The fact that I was thinking “why isn’t this on the Vita again?” isn’t a good sign in that regard, but obviously this series was never about stunning visuals to begin with – it just happened to be a really good looking Vita title that falls a bit short on the PS4.

If you enjoyed the first two games in the series then you’ll absolutely want to pick this up. It doesn’t radically change much, but it has all of that story and character development that you know and love. Can’t wait for the fourth (and final) game in the series.