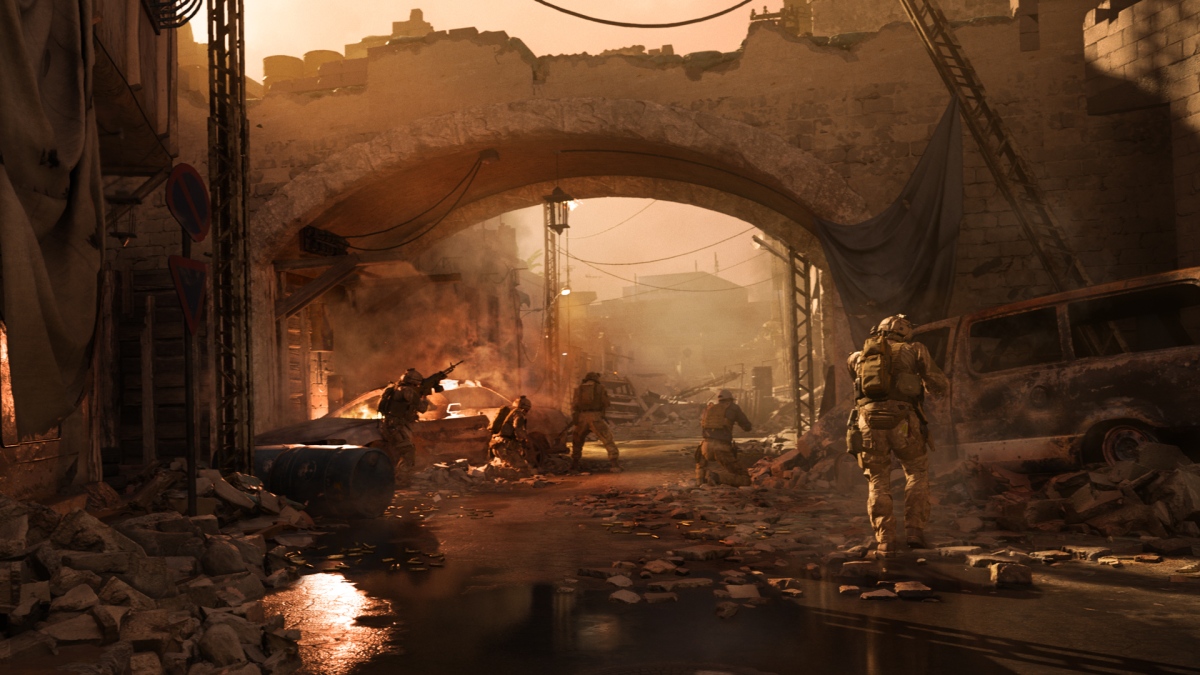 Another year, another Call of Duty, but the return of Modern Warfare does bring a few exciting new features with it. It’s out now for PC, Xbox One and Playstation 4 – we reviewed it on a Playstation 4 Pro and focused mostly on the single player portion of the game.

Having a Call of Duty release at the end of the year isn’t anything shocking, since we’ve had one annually for over 10 years now. This year’s version reboots Modern Warfare, which was originally the fourth game in the series and widely considered to be among the best of the bunch – if not the best. This year is also Infinity Ward’s turn to develop again, which always feels like a bit of a homecoming event anyway.

Most importantly, however – at least for me, is the return of the single player campaign. For me, it’s what sets the tone for the entire experience and part of the reason Black Ops 4 never really stuck for me. They’re usually fairly short, but provide a showcase feeling that generally leaves me with “wow”-sensation that carries through in the game’s other modes as well. Call of Duty: Modern Warfare is no exception.

This year’s campaign has a group of terrorists that has managed to grab hold of a supply of chemical weapons, which they’re not afraid to use. Their target is London, and you’re not able to prevent the attack. Your task, instead, is to follow the breadcrumbs and bring those responsible to justice – a narrative that unfolds over the course of about five hours and which is delivered in a way that makes Modern Warfare feel more like an action thriller movie than just a first person shooter.

As expected, the story shifts between different protagonists, essentially forming a series of story sequences that form a complete narrative when glued together. You’ll see Captain Price returning from previous Modern Warfare series, but are also thrust into the shoes of new character, including a young girl who – through the course of action – quickly loses her innocence. It’s powerful stuff, padded with some of the great set pieces the series is known for.

One of them takes place at Piccadilly Circus in London, where mayhem breaks out and events seem to be unfolding simultaneously in all corners of the map. This is a great example of how Infinity Ward has managed to make the linear experience associated with the franchise’s single player mode feel more open and organic. There’s still a logical narrative direction to go in, but you’re also free to explore and aren’t just hit with “no sorry, that’s a wall you can’t go around” when you do so. Instead, expect citizens to barge out of doors and into the line of fire, creating a kind of suspense that can make you forget to breathe.

What the story campaign also does is show off the amazing technology behind 2019’s interpretation of Modern Warfare. I’m used to playing these games on a PC and cranking up the details, but my debut console experience with Call of Duty was an impressive one. The hectic nature of some of the campaign’s scenes don’t really allow you to marvel at how great it looks, but those looking at my gameplay couldn’t help but comment on it. Looking at how gorgeous the cutscenes are, I can only imagine that they’re absolutely right in their sense of wonder.

Of course, you’ll notice much less of all this when engaged with the multiplayer portion of the game, in which Gunfight is the most interesting new addition. They’re 2 versus 2 matches that are quick to start and complete, where a round can be over in less than a minute if one team gets the required two kills. With small maps and no differences in the loadout you start with, this mode is much friendlier to casual players than the bigger modes and maps where experience and time spent really start to matter. In Gunfight, if you’re less aggressive, a timer will still require you to capture a flag in order to win the round, so the action always get frantic no matter what.

The other takes on online multiplayer are generally larger in scope, and include Ground War – a mode for up to 64 players at once. What’s interesting is that Modern Warfare introduces cross-platform play as well, but so far my experience has been that it’s the PC players who dominate. I don’t know if this is due to balancing issues or just the fact that it’s a hardcore crowd of players, so time will tell. I know it’s not the leveling up mechanic that it’s in the game, because even though it works great in delivering unique nuances through different weapon upgrades, each upgrade also comes with a drawback (more power, less accuracy, that kind of thing).

Infinity Ward’s new take on Modern Warfare doesn’t revolutionize the franchise the way that the first Modern Warfare did and none of the multiplayer modes are as captivating as Blackout was last year, but it’s a gorgeous and extremely polished take that showcases a series that’s still going strong well into its second decade. Let’s hope the single player campaign is here to stay, even though (like every single year) it’s on the short side – it’s one of the most spectacular pieces of gaming I’ve played all year. If Call of Duty comes out with a half-priced edition of their game that just contains single player (with an option to upgrade to the full package), I’m sure it’ll sell great.