A surprise release just before the holidays, Lightwood Games is releasing Word Maze by POWGI for the Vita and Playstation 4. As always with this series, both titles are part of a cross-buy purchase. We played the Vita version of the game.

As is often the case with Lightwood’s POWGI titles, letters and words are the cornerstones of the puzzle in the game. Each level has a grid filled with letters, with a first word already marked for you. Its letters are surrounded by blocked sides, indicating that each letter can only be used once – and it’s your job to find a trail of letters that uses every single letter in the grid while highlighting proper words along the way.

To help you, you’re given a category for each puzzle that fits all of the words that are hidden in there. You can also often roughly see where you’ll need to end up (a word in a corner you can’t get out of, for example), and some of the route is revealed by being in a ‘one-way street’ – making your first word often the most challenging one. 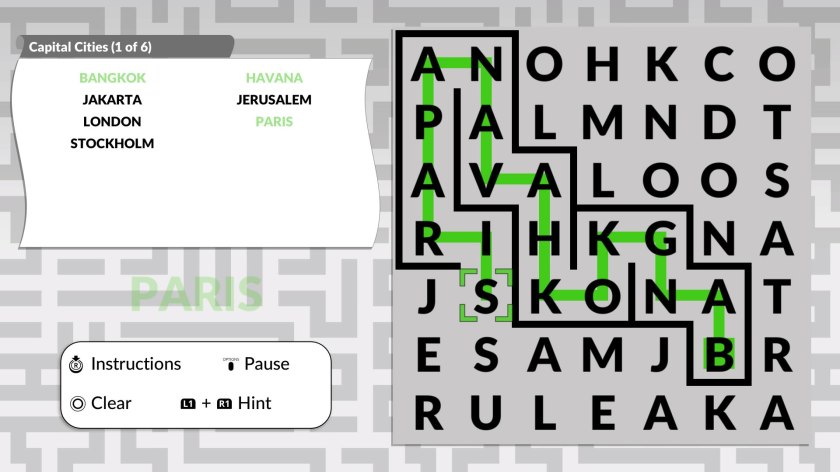 Puzzles come in varying sizes, ranging from small and quite manageable to very large and tricky to navigate. Luckily, there’s a help option that gives you a list of the words you need to find, which makes the puzzles easier to the point of taking away most of the challenge. Instead, I would have preferred a hint that gave me the next letter I needed – or a tiered hint approach.

There is a ton of content in the game with over 700 puzzles, and it involves the familiar music and witty puns that come with these POWGI games. Besides not blocking yourself in and following the correct route (sometimes the right word can be spelled the wrong way), there’s little in the way of logic for these puzzles – making some of the other POWGI titles better choices if that strikes your fancy. If you like a more casual experience (especially when you use the hint option), then this is your game. 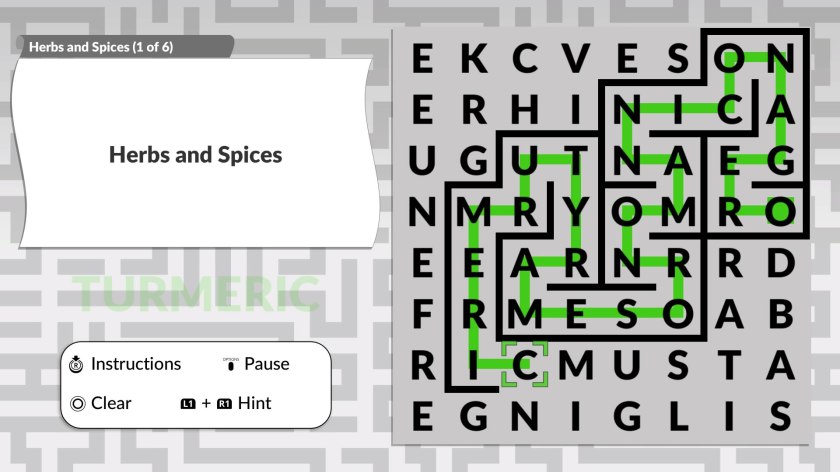