We’re taking a look at Into The Radius, an upcoming VR shooter that’s high on atmosphere and currently available in Early Access.

Released in Steam’s early access program back in November and then on the Oculus store earlier this month, Into the Radius is a survival shooter developed by CM Games for virtual reality headsets. It also contains elements of horror and exploration, with a story that takes place inside a forbidden zone after a post-apocalyptic event in the Pechorsk Radius.

The developer also prides itself on the inclusion of realistic weapons handling and an emphasis on player skills, which translates to loadouts being important and mistakes often being fatal. It’s scheduled to stay in early access until the late summer, when the main campaign should be about 15 hours long.

We played the Oculus Rift version of Into The Radius that’s currently available on the Oculus store. The game can also be played with an Oculus Quest headset, though you’ll need to link your headset to a PC to do that.

One of the most striking things about Into The Radius is its setting, which of course will evoke memories of games like S.T.A.L.K.E.R: Shadow of Chernobyl and another early access title: Chernobylite. In terms of pacing and atmosphere/storytelling, however, the game doesn’t feel like a straight up shooter but rather a mix of games like Stalker and Kholat – a promising combination for when the campaign is completed. 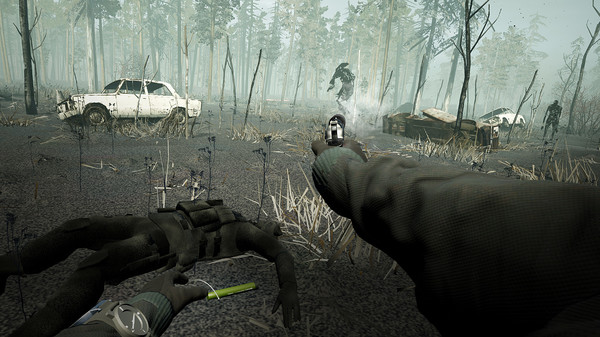 The two biggest issues in the current build both have to do with how accessible the game is, and recent updates seem to indicate that the developers are working on this. One is a relative lack of tutorials/handholding, which is always a potentially frustrating challenge in games that can and will punish every wrong move out there.

The other issue has to do with the level of difficulty itself, especially moments that feel unfair when multiple enemies spawn near you at once, you die instantly or restart with your previous loadout all gone – making for a steep uphill battle.

The developers seem very responsive to community-generated feedback though, and their most recent patches all seem to indicate they’re moving away from the “hardcore only” approach and making the game easier to access for a more mainstream audience as well. With a setting that’s as interesting as this one, we’re hoping the end result is a tense and atmospheric shooter, and we look forward to checking it out again further down the line.