Out now for PlayStation 4, Xbox One and the Nintendo Switch, Let’s Sing Queen is the ultimate singing experience for everyone who enjoyed the Bohemian Rhapsody movies two years ago. We checked out the PS4 version of the Ravenscourt-developed game.

Few would have predicted the massive success of the Queen biopic that came out late in 2018, but it was a clear testimonial to the magnitude and impact of the band’s work. Now, it’s available once more in digital format with a special edition of the Let’s Sing franchise, which has been the go-to karaoke title in the post-Singstar era.

Singstar also had a Queen edition, but although Singstar on the PS3 could play PS2-era discs (and their songs) that function has been stripped from the current PS4 version, leaving gamers Queen-less unless they power up their PS3s again. From that perspective alone, Let’s Sing Queen gives us a wonderful sense of deja vu – something that definitely carried over to the excellent tracklist as well. 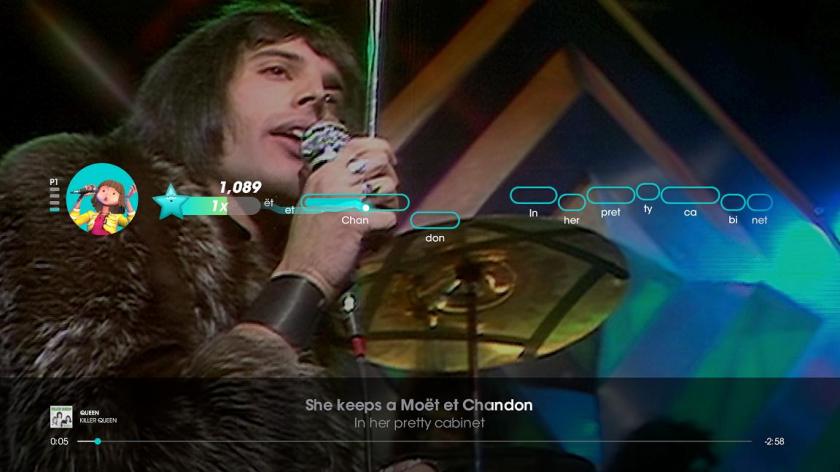 While Let’s Sing games always have a strong tracklist, it’s also a mix of current and old songs, and of different genres, so inevitably you’re going to see part of it as filler. If you’re a Queen fan, and the last two years have shown us there are plenty of them, then having what is essentially a 30 track “greatest hits” compilation to play with is great news. Obviously the big classics like Bohemian Rhapsody, We Will Rock You, Don’t Stop Me Now and Another One Bites the Dust are all here, but when you have to consider tracks like Headlong, Princes of the Universe and It’s a Hard Life to be “lesser known” you know you have a killer tracklist on your hands. The Singstar Queen game only had 24 tracks so you’re getting six more here – even though Hammer to Fall and These Are The Days Of Our Lives unfortunately didn’t make it this time.

The foundations behind the core Let’s Sing games carry over to this version as well, with support for both wired and wireless mics as well as a downloadable app that can serve as a microphone for your phone (or tablet, if you so choose). High quality videos for all of the songs are included, and note recognition works as well as you’d expect in a Ravenscourt game – no issues at all. 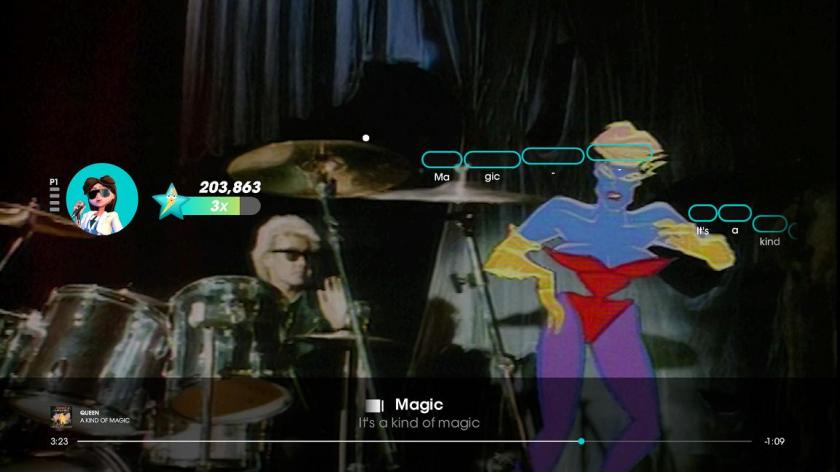 Fans of the Let’s Sing franchise will also recognize plenty of the game modes on offer here, with a few extras to help you go beyond just booting up songs in classic mode and singing your heart out. Online support is here as well, with leaderboards to help you compare your own scores to those of others, and you can engage with the familiar mix tape mode if you want to play a random selection of songs in a sequence. Local multiplayer is where any karaoke game really shines though, and Let’s Sing Queen has you covered in that regard as well. Not only can you play in the “Let’s Party” mode for teams of up to four players (which can be a bit challenging if you need to socially distance), you can also play the “Feat.” mode, which is basically you and/or a friend trying to harmonize with Freddie. Daunting for aspiring singers, hilarious fun for many others.

If you’re planning on pulling out some karaoke this holiday season, then Let’s Sing Queen is an absolutely amazing pack for fans of the band. Those who prefer more current tracks also have Let’s Sing 2021 to look forward to as well, which is coming in November.