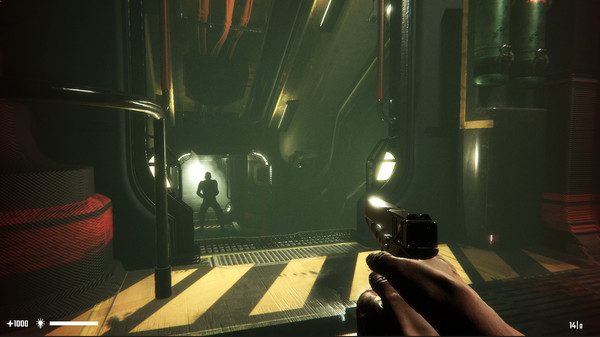 4 Minutes to the Apocalypse by Atomic Wolf Games was recently announced with a teaser trailer that definitely piqued our interest, with its action adventure approach to a setting in which nuclear attacks have already taken place and you find yourself aboard a submarine armed with enough firepower to wipe out what little is left of mankind. We got in touch with the developer and talked about the game, the result of which we’re publishing here.

Let’s kick off with the trailer though:

What inspired “4 Minutes to the Apocalypse”?

I could mention a lot of game titles, movies and books. Gameplay is probably closest to the classic parts of the Resident Evil or Dead Space series. The game will take place from a first-person perspective. Players will have to fight in many places, however, it is often better to avoid combat. As for the atmosphere we’re trying to create in the game, it is probably closest to Alien: Isolation, but we probably have a lot of similarities with the first Half Life as well, as we are locked in a small space on a floating military base where something unknown happened. Something that is very important for this place, the people who were there, and the whole world. If we think about movies, the natural association will be “Crimson Tide” (1995) and “On the Beach” (1959) with a quite modern film remake. And, of course, “The Hunt for Red October”. An important inspiration for us was the wonderful, though not recognized globally, short stories by the Polish writer Marek Barański entitled “Głowa Kasandy”, written during the Cold War. It is about the world after the nuclear war and the threat to the few survivors posed by the weapon of ultimate destruction, left out of control.

In addition to culture and fiction, we have studied and are still studying many historical books about underwater wars and ocean combat strategies. Among them you can find quite chilling scenarios, such as the Soviet Sakharov Scenario, one of the fathers of the Soviet nuclear program, who proposed the plans of the destruction of the USA by a single underwater strike at a vulnerable geophysical point that would cause a huge tsunami.

We’ve seen a lot of submarine/nuclear weapon movies, but this game takes place in a post-apocalyptic setting. What does that allow you to explore in the game, thematically?

This is a little more complicated. We start the game after the nuclear war, and this is where the main gameplay part takes place, but the story in the game is shown in several timelines that interconnect and complement each other. I don’t want to reveal the details of the plot at the moment, I can only promise that it will not be as obvious as it may seem to some people. It won’t be a normal room-by-room exploration and eliminating enemies. It will be something more. It is obvious that such a powerful boat has its secrets. Certainly it is used not only for patrolling the depths, but also for many so-called “special missions”. Such secrets come to light with multiplied force in emergency situations, such as the outbreak of war.

A submarine setting often means you’ve dealing with tight quarters and a tense atmosphere. How does this translate to gameplay?

Tense atmosphere is a great description. We really want to build a unique atmosphere in the game. The design of boats, corridors and cabins is extremely important. Good lighting and sound are key. We want to build an atmosphere of danger and mystery. We should also remember that we are in a metal structure sunk deep under water. The threat should be felt at every turn. There is nowhere and no way to escape.

On a submarine, there is a limited area to explore, which could be a challenge in terms of game length. How are you tackling this?

Our boat is the boat of the future. Its size is closer to an aircraft carrier than to traditional, modern submarines that are known to us. It has three decks and a crew of almost a thousand. In tense situations and when attack is expected, it must be protected by smaller, more maneuverable combat units. In relatively calm times, it is a great, mobile military base, which can be hidden deep under water, away from the eyes of curious spy satellites and fully isolated from the surroundings. This is extremely important in case dangerous things are happening there. Although the boat is the center of our game, I think it wouldn’t be a surprise that the game is not only about the boat, but that many important events are taking place on land as well.

What game engine does the game run on, and what are you going for in terms of visual style and effects?

The game is entirely made with Unity engine. My guess is that a lot of people will feel a little disappointed right now, but I must say that we are very impressed with the work that the team responsible for the development of this engine has done in recent months. I hope our game will showcase the new possibilities of Unity.

Who’s on the team behind the game?

Our Atomic Wolf studio is a small, independent studio. At the moment, 14 people work there permanently. This is obviously not enough for a great AAA title. However, we want to create a game with the highest possible quality. As the project develops, more and more people will be involved, including those responsible for motion capture animation, combat directors, sound engineers and testers. However, we are aware that we will not be able to create a long game at the same time as keeping a high quality level, so we made the decision that the game would be relatively short. The time to complete it is approximately 4-5 hours. It’s supposed to be like a good movie for one long evening. Of course, the price of the game will be adjusted to the length of the game. If the players like the world and the atmosphere, they may come back. Not for the continuation of this story, because it will be over, but for another game, as the destabilized world after the nuclear war is a place for many important stories and questions.

What have been some of the interesting design choices you’ve had to make so far, and how far into development are you?

The biggest challenge in the first stage of the work was to design the submarine of the future. It must be huge for the needs of the game production. We wondered for many hours how such a boat should be designed. In the early 90s there was the “SeaQuest” series about the great submarine from the future. I watched it as a child and I remember being fascinated by it. As part of my search for references, I watched a few episodes to remind myself of what the whole setting looked like. Already in the first episode, I was amused a bit, because it turned out that the boat was so big that something like the turbo-elevator from Star Trek was used to move around it. Generally, this ship was like “Enterprise” just underwater and we wanted to go in a different direction. We wanted to build a credible structure, one that can swim or hide in the depths of the ocean. We thought about the settings of the rooms for a long time, so that on the one hand it would be credible, and on the other hand, it would allow us to arrange an engaging gameplay experience. We were considering the deployment of the crew on the ship, and with nearly a thousand crew members it would not be a well-coordinated team in which everyone knows each other. There would be predetermined decks, as well as teams. There would be divisions, competition, and maybe even conflicts between people working on different decks. The scale must have an impact on the life on such a boat and consequently on our history and gameplay.