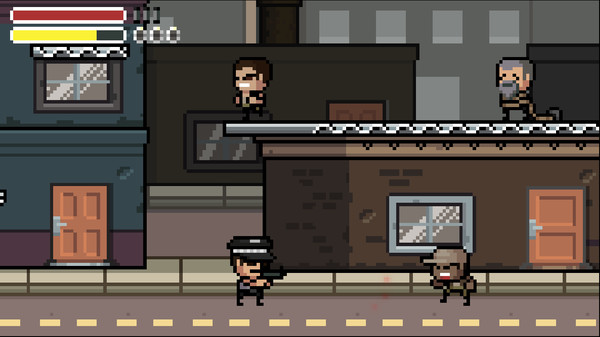 As the games industry ramps up towards the holiday season, it’s easy to overlook the smaller releases that are coming out. Here’s a look at five brand new games, ports and expansions that have found their way to (digital) stores in the past week.

Brotherhood United gets a console release

Originally developed by Greedy Hollow for PCs, Eastasiasoft is bringing Brotherhood United to consoles about two years after the initial Steam release.

A run and gunner by heart, Brotherhood United draws inspiration from the likes of Metal Slug, Contra and Midnight Resistance. Visually, we thought it was a blend of those games with some of the classic Kunio Kun titles as well, creating an 8-bit type of experience with 20 levels of pixel art shooting – no fewer than 8 of which feature boss fights. 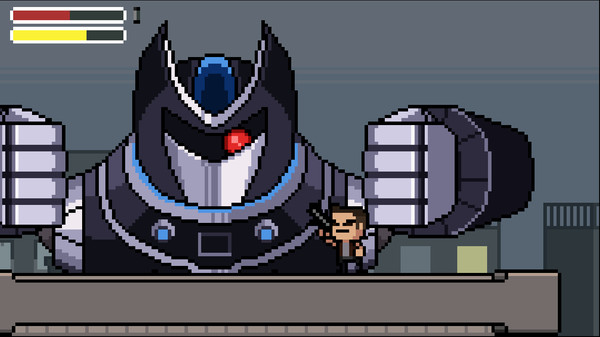 Replay value comes mainly from optional objectives that reward you based on how well you did in each level, with stars you earn for killing all of the enemies in a level, not needing any restarts and – as per the theme of the game – saving all of your “brothers” and thus reuniting the brotherhood. As you progress through the levels you also gain access to new and better weapons.

Brotherhood United is a relatively short game but provides plenty of retro-inspired fun for fans of the run and gun genre. It also local co-op play, which is what made Metal Slug so great to play, and should ensure this is a nice diversion if you’re looking for something to play together for about an hour.

Until You Fall is available on PSVR now

We looked at Until You Fall on the Oculus platform earlier, but Schell Games’ first person sword fighter with roguelike elements is now also available on PlayStation VR (as well as having a Quest version now). The original PC-bound release is still in the Early Access phase by the way, but will be launching into its full 1.0 release very soon – October 27th. So how does the game fare on a PSVR headset? 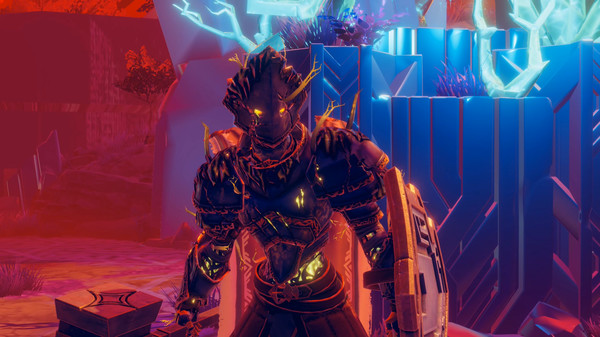 Content-wise, the entire game has survived intact – though that’s not a big surprise. What’s nice, however, is that the controls – which felt a little restrictive on the Rift – translate very well to the PlayStation VR headset and its Move controllers. This is largely because turning is handled through click-turns, which although not ideal is a good fit for the thumbstick-less Move controllers.

Visually this is a good looking PSVR title as well, although the game does lose a bit of its shine in the conversion from the PC version – character models are less detailed and some of the color and lighting effects aren’t as vibrant, but everything performs very well with smooth framerates, solid animations and responsive controls. PSVR has seemingly been the domain of ports lately, but at least Until You Fall is another solid example of one.

Neighbours back From Hell brings back a PC cult classic

Back in the early 2000s, the Neighbours from Hell games were unique in their premise of playing pranks on your not-so-well-liked neighbour. Moving about without getting noticed, you lay down traps and perform other pranks to mess with his mood, hoping to eventually be rid of him. 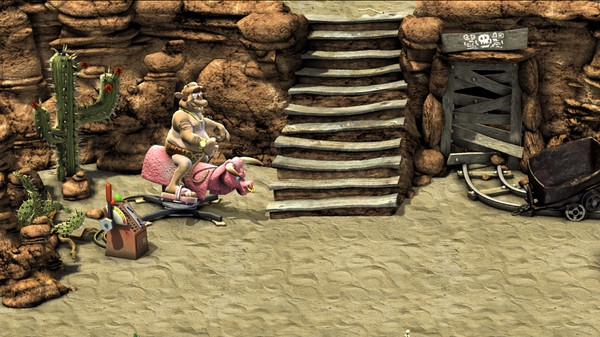 Neighbours from Hell was followed by a sequel that took the same format on the road as you follow your neighbour as he vacations. It’s a bit of a creepy twist, but it does allow for some changes of scenery and more diversity in the locations and pranks you’ll be using. The gameplay itself feels like a mix of the Gobliiins games and some real time tactics games like Commandos, but with a heavy dose of often absurd humor on top.

The new Neighbours back From Hell release isn’t a straight up port of the first games, but rather a remake that serves as a “best of” package that repurposes the original content in a format that’s centered around episodes in a season rather than a list of individual levels you work through. It doesn’t change much in terms of the format of the game, but the new structure does make it easier to digest the game in chunks rather than work through a long list of levels – which can get repetitive because the core mechanics are always “stay out of sight and pull pranks” and don’t change much even though the pranks themselves do. 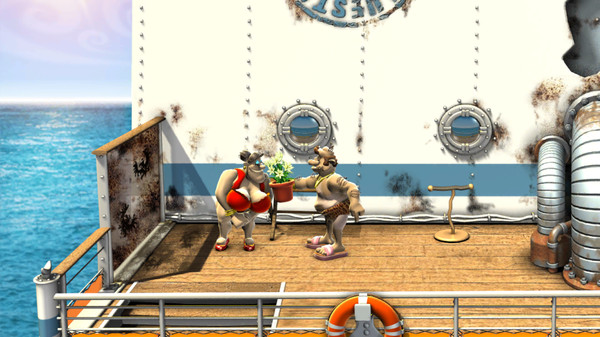 Staying out of sight means you need to carefully watch the movements of your neighbour Mr. Rottweiler, and getting caught three times means you’ll need to start over. It’s a simple dynamic, but one that makes pulling off a prank rewarding. There’s little in the way of replay value though, since seeing a prank play out a second (or even third time) is far less funny and satisfying than it initially was. Luckily, bundling both of the original two games together means there’s a lot of prank-filled content here, and even though it doesn’t provide much more than a light-hearted diversion with some slapstick-like humor, there’s about six hours worth of content here and that’s certainly not bad.

Developed and published by Redstart Interactive and available this week on Steam, Get-a-grip Chip is an indie platformer through and through – it features a novel new mechanic, simple but charming visuals and about thirty levels of platforming that genre enthusiasts should be able to complete in an hour or two.

As a small robot, you normally work in a factory using your grappling/magnetic arm to ship little pieces that look a lot like a LEGO heads, but an accident has found you tumbling down into the depths of the factory looking to avoid all of the obstacles there, save your little (LEGO head) buddies and get out again. 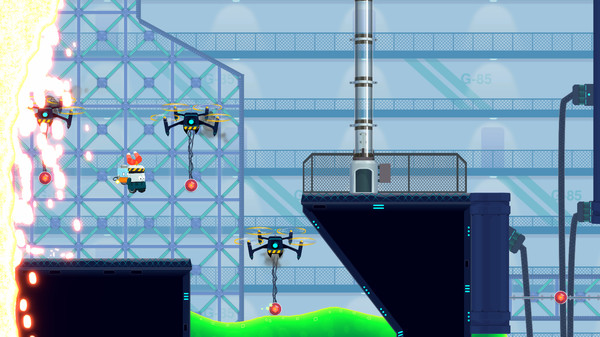 Without a jump button, your main mechanic for movement is your grappling hook, which allows you to move upwards by hooking onto the many bolts in the level in order to pull yourself up. Momentum’s the name of the game here, because hoisting yourself up a bolt underneath a platform ends up with you just hanging there. The trick is to let go while you have upward momentum, thus getting up on top of platforms and launching yourself over obstacles.

It’s a simple enough mechanic to learn, but it can be tricky to master, which is why the included online leaderboards will likely attract those who consider themselves ‘masters of the momentum’ and aren’t just content on getting Chip past the thirty levels in the game – in which you’ll also run into a few dangerous adversaries and dangers that constantly urge you forward. It’s familiar territory for platforming fans, but if you enjoy them of the indie variety this is a nice new game to check out.

We reviewed Azur Lane: Crosswave when it launched on the PS4 back in February, but Idea Factory is still pushing out more content for the game. Last week, they launched no fewer than five new DLC expansions for the game, all of them published at a budget price point. What do these expansions get you? 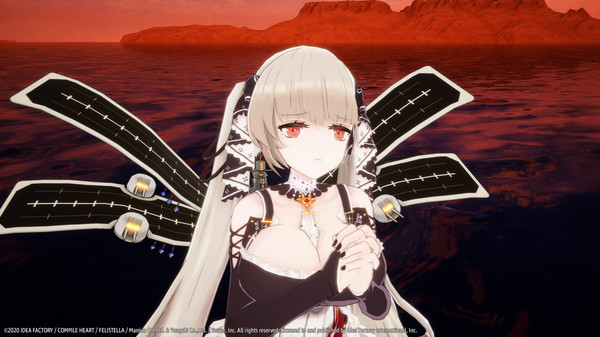 Each DLC pack is centered around a new main character you can play as, and you can choose between Taihou, Formidable, Roon, Le Malin and Sirius. No matter who you pick, 3 new support ships will be added to your roster, but the best part is that each character comes with new story content to explore.

The gameplay formula doesn’t change much, but if you enjoyed Azur Lane: Crosswave then it’s good to point out that the DLC content also comes as a pack that includes all five of the new characters and their storylines.