We’re returning to two games that we previously covered, as we check out the PlayStation 5 version of Monster Truck Championship and look at Fates Divided, the new DLC campaign for Total War: Three Kingdoms.

Nacon’s Monster Truck Championship, which was developed by Teyon, is the next game getting a post-release version for the PlayStation 5. Is it just me, or are about half the native PS5 games racing games? Luckily, this particular one was a pretty decent take on a niche subgenre of racing that we enjoyed well enough when we reviewed it back in October.

Our main gripe with it was that it didn’t push the envelope hard enough, so for that reason alone we were extremely curious what the PS5 version would bring to the table. Part of that anticipation was because there wasn’t going to be a free upgrade for owners of the PS4 version, which fueled the idea that this was going to be rather different and more than a small update. 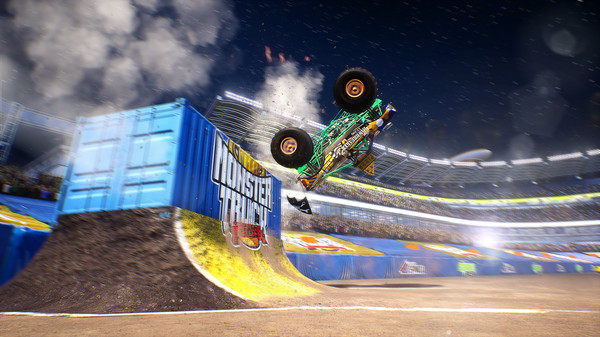 It turns out we were wrong – Monster Truck Championship on the PS5 looks and sounds quite a bit like the PS4 release, doesn’t contain any new content and doesn’t excel through its DualSense support either. While there’s plenty of rumble, the game makes little to no use of the controller’s more advanced features like the adaptive triggers and haptic feedback – two things that would have worked great in a game like this, where you want to feel the power of the beasts you’re driving.

The driving itself is still worth it though – Monster Truck Championship is much more of a sim racer than THQ’s Monster Jam Steel Titans 2 is, and the handling feels good even if the DualSense support isn’t what it could have been.

The PS5 port has all the expected features like smooth 60 frames per second gameplay and higher resolutions, as well as slightly more detailed textures. But where the PS4 release felt underwhelming for a release late in the console’s lifespan, the PS5 edition doesn’t set itself apart from some of the better looking racers on the PS4 either. Having said that – there is definitely more shine to the game this time around and it feels a lot less dated as a result.

Without some kind of cross-buy option though, this is a tough sell for anyone with the PS4 version already in their library. The full price upgrade here isn’t worth it, but if you’re a first time player then this is still a solid Monster Truck racer for those who prefer something a bit more serious than Steel Titans 2 offers.

When we reviewed Total War: Three Kingdoms, we really enjoyed its approach to the long-running franchise, using narrative design and a rich storytelling backdrop against the strategic gameplay of the Total War formula. We just checked out the new Fates Divided campaign, after previously looking at The Furious Wild as well as Eight Princes,  Mandate of Heaven and A World Betrayed.

Fates Divided starts out in the year 200 CE and features an elaborate setup with plenty of decisions to make surrounding the fates of Cao Cao and Yuan Shao, with Liu Yan being the third protagonist. As has become the norm for Three Kingdoms, many of your missions and objectives tie in seamlessly with the narrative, and new units and mechanics make sure the experience stays fresh and not just one that’s coated with a layer of narrative paint.

When playing with Yuan Shao, you’ll be able to boost the performance of your captains in various ways, with later unlocks really diversifying the ways you engage battlefield dilemmas. The faction council system has also been expanded, now offering more ways to periodically and instantly shift the balance in your kingdom, sacrificing certain strengths to make up for gaps in your kingdom elsewhere, or emphasizing what you were already doing well at. New mechanics also include things like “Imperial Favour”, which can have very beneficial effects on how to economically run your campaign while it lasts.

As with previous expansions, Fates Divided offers multiple campaign paths to play through, with Liu Yan’s campaign being the one that stands out from the pack. Where the other two really throw you into the heat of the action at a pinnacle in history, the Liu Yan campaign is much more about carefully building up your own empire over time, which offers a nice change of pace and provides something I would suggest tackling in between the other two campaigns for that very reason.

With Total War: Warhammer III on the horizon, it’s great to see Creative Assembly still pouring a lot of attention and love into Three Kingdoms. For the price, Fates Divides provides an amazing amount of content and should keep fans happy for weeks on end. 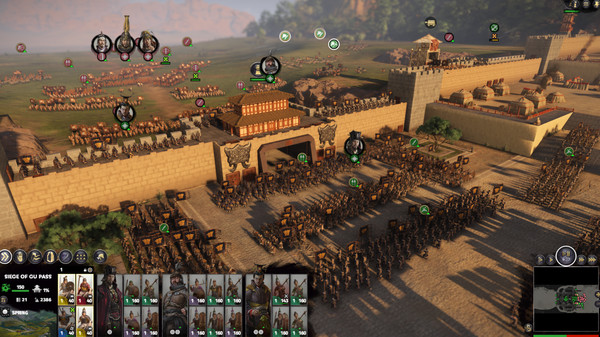