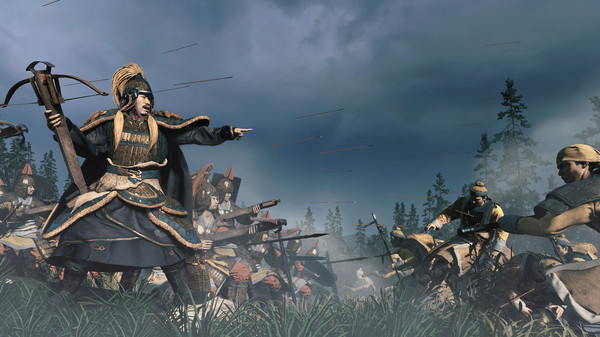 With many of us staying indoors in our attempts to stay healthy, we’re all looking for things to keep us busy. One thing we did was to go back to Creative Assembly’s Total War: Three Kingdoms and check out two recent expansions for the game: Mandate of Heaven and A World Betrayed.

Mandate of Heaven came out at the start of the year, when most of us were still in startup mode after coming back from our holiday breaks. It kicks off in 182 CE, directly before the Yellow Turban Rebellion – which is at the heart of an earlier DLC release for the game. As such, Mandate of Heaven goes all the way back to when the Han Empire started to fall, and before some of the warlords of the main game emerged unto the scene.

As such, Mandate of Heaven acts as a prequel of sorts, one that introduces several new warlords and their factions as well as the chance to play with the Han empire to try and salvage the ailing dynasty. What’s interesting is that each faction has its own unique playstyle, and choosing a large empire means you’ll be dealing with far more politics than when playing with a band of warlords looking to join the uprising. 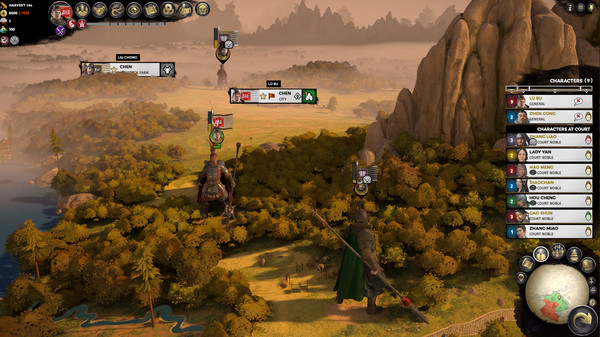 Mandate of Heaven is not a standalone adventure though, its various storylines have been seamlessly integrated with the rest of the game and you can continue your campaign in the core game with all of your decisions intact. It makes for a richer experience, but one that’s a bit of a hard sell if you’re still playing through an ongoing campaign and don’t want to restart at this time.

A World Betrayed follows a similar pattern, although it has a later starting point (by about 12 years) and as such it plays off events that hadn’t yet come to pass when Mandate of Heaven started. The death of Dong Zhuo means that struggles for power and acts of betrayal are once again front and center – in this case, through two distinct storylines. 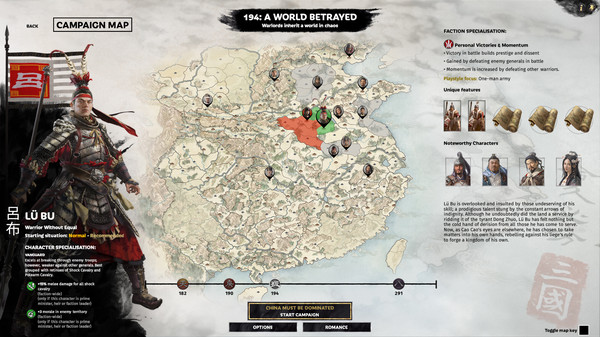 One of these centers on Lü Bu’s military conquests and is thus more combat-centered, whereas the other is more about empire building. As has been customary with different factions in Three Kingdoms, they both have their own unique mechanics as well. In the former campaign one of them is called momentum, which loosely translates into a burst of adrenaline after a successful battle and lets you keep moving without having to wait for another turn.

The other storyline, which features Sun Ce, gives you the ability to share and redistribute experience points among your growing empire, making for a more political process. It’s vastly different experience, though as a whole (counting all the DLCs and factions released so far) the amount of content is starting to get a little overwhelming. These are new additions you can’t just jump in and out of at will – all of these require serious amounts of your time. The plus side, however, is that there’s an ever-growing number of ways to play and enjoy the brilliant Total War: Three Kingdoms. Now that we have some extra time on our hands, that can only be a good thing.