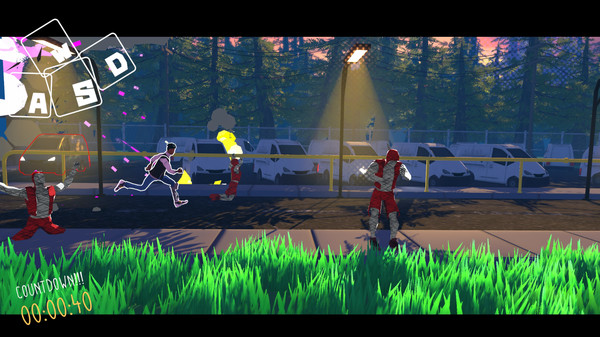 Published by Headup Games, Aerial_Knight’s Never Yield is a brand new take on the endless runner genre that’s out now for consoles and PCs – we tried it out on a PlayStation 5.

The endless runner feels like a genre that suddenly boomed and peaked a few years ago, and has found its niche in the mobile domain, so it’s always interesting when a developer tries to put a new spin on it. Enter Neil Jones, aka Aerial_Knight, who created Never Yield as a narrative-driven take on the genre. At the end of the day, however, it’s the game’s stylish audiovisual approach that stuck with me more so than the narrative did. 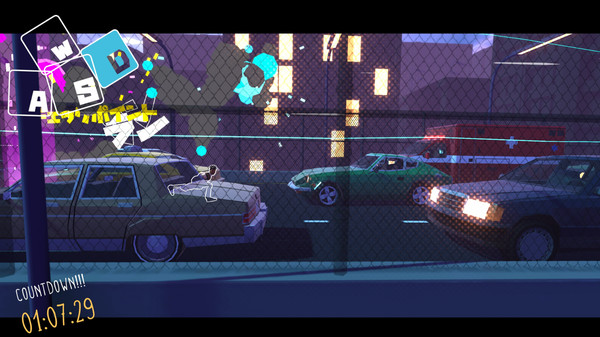 The game’s main character, Wally, has just stolen something back that will ultimately benefit the people around him – though we’re never explained what exactly it is, or why the people he is now running from are “bad”. Much of Never Yield’s story is implicit, through the depiction of antagonists that represent oppression and authority – and in one case an apparent clone of yourself who means you harm, a bit like in Will Smith’s Gemini Man.

What’s happening narratively is always interesting, though it never truly grabs you because it chooses to remain vague rather than grabbing you by the throat. What does grab you, however, is the game’s style, which adds to a ton to the otherwise formulaic runner gameplay. There’s a colorful comic book-like visual style and an excellent soundtrack, which feed off of each other very well as they bring the city of Detroit to life. 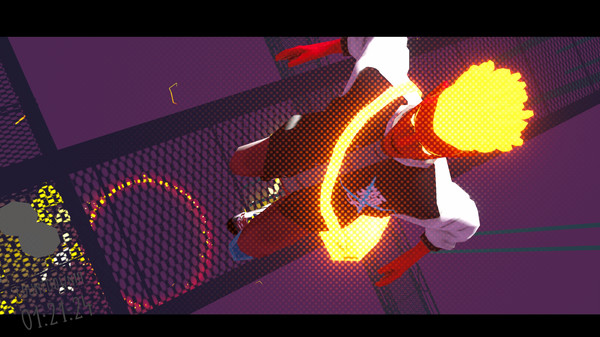 Aerial_Knight’s Never Yield also doesn’t fall into that pitfall of many runners where things at some point just get too frustrating and it stops being fun. Instead, gameplay mechanics are familiar and lend a helping hand through color-coded hints that help you perform the right action at the right time while running – with generous checkpoints in case you do mess up. You can make things harder if you desire more of a challenge, but at its core this is designed to be accessible and fun rather than difficult.

Some levels include risk vs reward sections where you have alternative paths that can yield rewards or result in loss of time – which after your initial playthrough becomes a factor if you enjoy speed running. Hopefully you do, because that’s a lot of the game’s replay value and the campaign is only about 90 minutes long.

Luckily, the higher difficulty modes, combined with the stylish presentation and accessible gameplay, made jumping back in a joy to do – and this is a solid recommendation for those who enjoy runners.