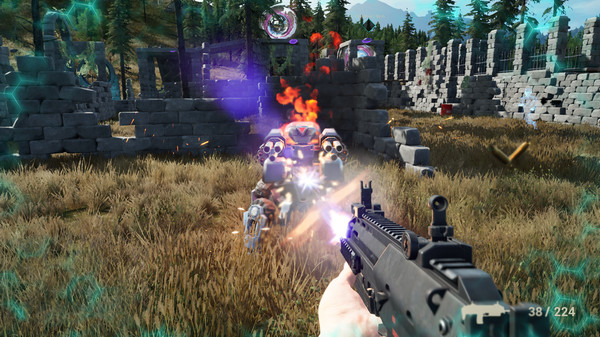 As we head towards the summer, which typically means a bunch of big name titles come out, we’re taking some time to highlight a trio of smaller games and DLC releases. Today, that means we’re looking at 41 Hours, Agent Intercept and new content for Port Royale 4.

Developed by Romanian-based Texelworks and published by Valkyrie Initiative, 41 Hours is an ambitious story-driven first person shooter for which there is a free prologue mission was already available. Now, the full game has launched on Steam, released at a budget-friendly price point considering a 20 hour campaign length.

41 Hours casts you as Ethan, a scientist looking for his wife who went missing. Narratively, the game unfolds as a techno-thriller with strong sci-fi elements, which has Ethan mastering several unique abilities that put his expertise as a scientist to good use. Expect to slow down time, render yourself invisible or perform telekinesis. In that sense, the game feels a bit like the experimental tech featured in games like Crysis and Get Even, and the developers are definitely going for that AAA vibe.

While the story is interesting and the game is visually impressive for a title from a small studio, it misses the kind of polish that you get with the games that inspired this one. Gunplay feels rough around the edges because the mechanics for movement are a big clunky, and there were serious performance issues on a system that met the game’s recommended specs. AAA shooter releases are rare, so if you need a shooter fix then this one won’t break the bank and it has an interesting premise and story, but check your expectations for polish at the door.

Developer and publisher PikPok recently announced that Agent Intercept is leaving its Apple Arcade exclusivity behind and heading towards a PC release on Steam, where it’s available for wishlisting right now. We haven’t covered Apple Arcade yet, so we were eager to go hands on with the game on a PC prior to its launch.

Perhaps it’s that (despite games like Beyond a Steel Sky) we associate ‘Apple Arcade’ with old fashioned mobile games too much, but we were very pleasantly surprised by what Agent Intercept has to offer. With its spy genre-fueled gameplay, it feels like a blend of Sonic & All-Stars Racing Transformed and the classic cartoon M.A.S.K. – or if that’s too niche a reference, James Bond.

You assume control of an experimental vehicle that can transform based on whatever it needs to chase down bad guys on land, water or through the air. Although that evokes memories of Sonic racing, it’s a great fit for the spy genre, which thanks to James Bond and Mission: Impossible is always being associated with vehicles and gadgets.

Not strictly a racer, Agent Intercept also features a story-driven campaign, where you and your agency take on a shadow criminal organization. It’s not just a case of written mission descriptions either, as the narrative features fully voiced characters and even a Bond-inspired soundtrack. And while the campaign is the main draw, you can also go back in to improve your scores for additional replay value. Keep an eye out for Agent Intercept, which heads to Steam in about four weeks – you can wishlist it now at the game’s Steam page.

Kalypso’s Port Royale 4, which was developed by Gaming Minds Studios, just received its first dose of DLC content. Less focused on city building and economics than the base game, Buccaneers is all about the pirate life and building that empire that exists and flourishes outside the traditional confines of the law. 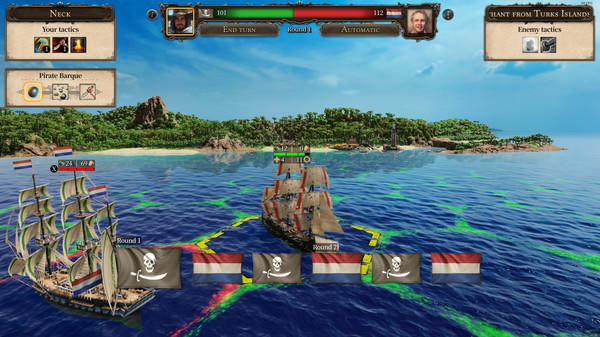 New mission types for this expansion include a stronger emphasis on combat and piracy, which you can also perform for other nations than your own rogue territory. You’ll still have your hometown on land, but the way you go about making it stronger is much more about naval battles, the spoils of combat and the betrayal and conquest of other nations in the game.

Everyone loves a good pirate tale, and if you’re not strictly into Port Royale 4 for the trading and empire building then you should have a blast with the new expansion. It did have some problems during the rollout with the DLC not activating, but reinstalling the game solved that for us.