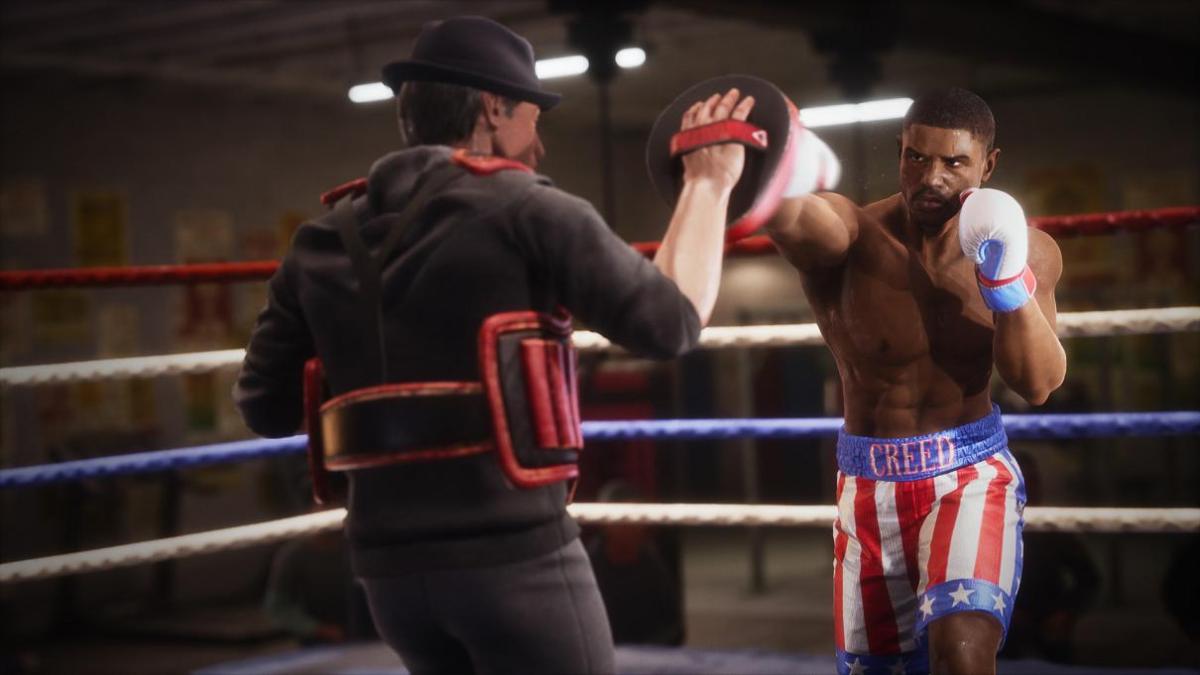 We definitely didn’t expect Survios’ VR-only hit Creed: Rise to Glory to be built out into a full game for the flat screen, yet here it is. Big Rumble Boxing: Creed Champions reintroduces us to the Rocky/Creed franchise and brings the sport back to mainstream consoles for the first time in ages. Out now for PC, Xbox One, PlayStation 4 and the Nintendo Switch, we tested it on a PlayStation 5 through backwards compatibility.

In the PS2/PS3/X360 era, we were spoiled for choice when it came to quality boxing games. Between Knockout Kings and Fight Night, there was a lengthy stretch of time there where the sport flourished, at least digitally – complete with licensed recreations of many legends of boxing. And then – it went quiet. If you owned a VR headset there was a sudden resurgence with games like Knockout League, BoxVR, Boxing Apocalypse and Creed, but those were all released within the scope of a year and there hasn’t been a major boxing game since 2018.

Unsurprisingly, Big Rumble Boxing subscribes more to the Punch Out style of arcade boxing than offering a full boxing simulation. As with the VR game, it’s accessible, with easy controls to get you up and running but plenty of nuance when you add blocking and dodging into the mix. Punching is mapped to two buttons for regular and powerful blows, and you can push the thumbstick in different directions for some variation in your punches. 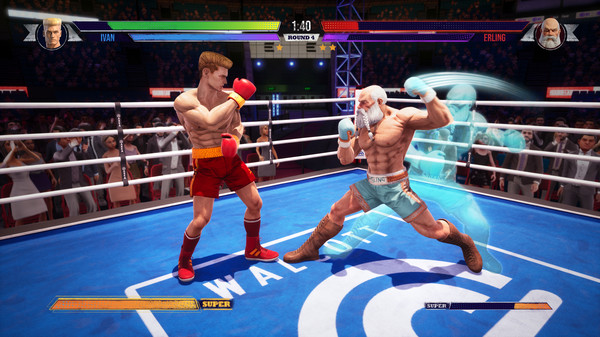 Playing defensively is an option, but if you keep blocking then eventually you’ll run out of stamina and give your opponent an open chance to hit you. You can also charge up a super punch that will break through a block, so using that carefully can make a big difference and even turn the tide of the fight. If you get knocked down you can button mash your way back up, and there’s a good chance you’ll make it to the end of the round after that because they’re only 60 seconds long – although you can change things like that in the options menu.

Besides the arcade mode and a local versus mode for single or two player action, Big Rumble Boxing is fairly bare bones, with basic training and how to play options to have you learn the ropes. The arcade mode is really where it’s at, with a story campaign for every single one of the fighters that’s fun to play through. You’ve got iconic characters like Rocky Balboa and a few that are exclusive to this game, yet all have their own story to tie their fights together. There are also small training sessions in between fights, but how well you do doesn’t seem to affect your ability as a fighter. 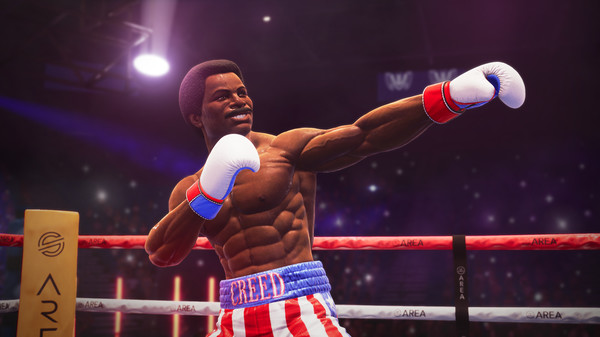 You’ll find that half the roster is locked when you first start playing, but everything (including new outfits) gradually gets unlocked by playing as you gain experience even in the versus mode. Before you know it, you’ll have access to plenty of content, including a fair bit that was licensed from the movies. Rocky and Creed Sr. return in addition to Michael B. Jordan’s character (voiced by the man himself), but you also get to play with and against Ivan Drago and Mr. T’s Clubber Lang. Add some of the iconic music of the films to the mix, and there’s plenty of fan service here – it’s just a shame that the story bits of the arcade mode aren’t voiced.

As a boxing simulation Big Rumble Boxing isn’t as involved as Fight Night or Knockout Kings, but it makes up for that with fun and accessibility. It helps to have a fondness for the source material, but even without that it’s a solid arcade boxer with enough depth to give it some lasting appeal.