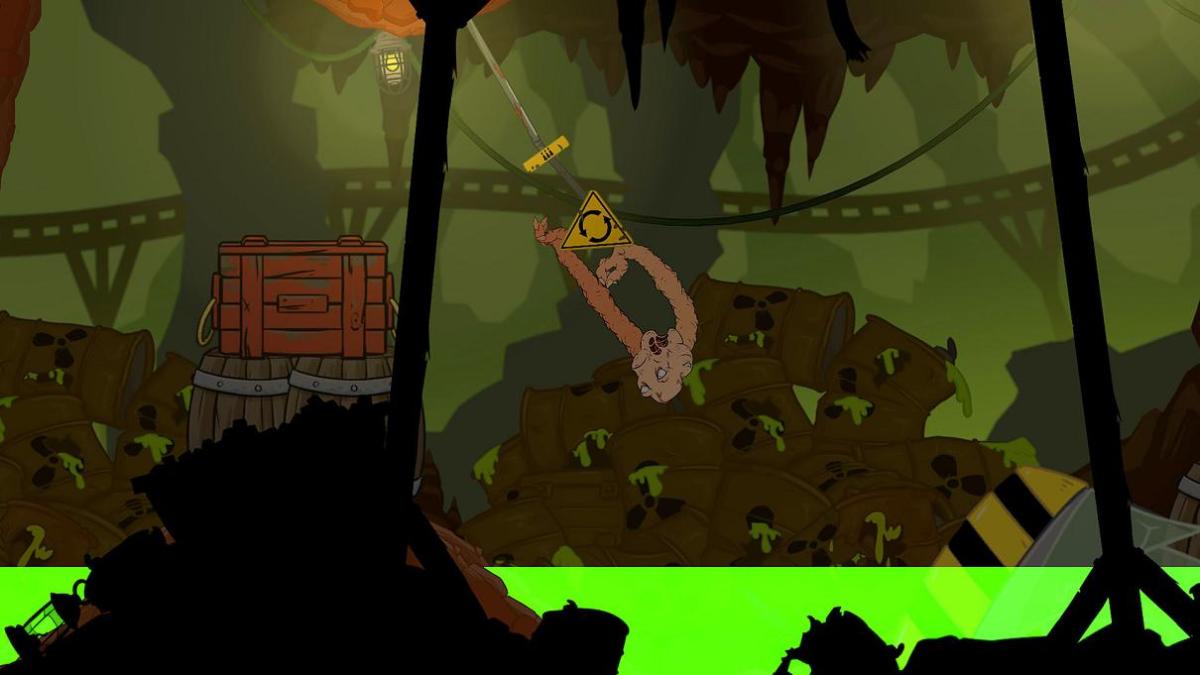 With Struggling, Star Hunter DX and the Murder on Eridanos expansions for The Outer Worlds, we’re looking at three recent releases that were ported over to different systems. What do they bring to their new audiences? Read on to find out.

Struggling came out for PCs and the Nintendo Switch a few months ago, but was recently also ported over to the Xbox One and PlayStation 4. It’s a game that takes its title quite seriously, turning it into the key gameplay mechanic, for better and for worse.

Rooted in Greek mythology, Struggling stars Troy, who is a hybrid creature made of his brothers, Hector and Achilles. Something clearly went wrong, because instead of a being a savior to mankind Troy finds himself in a grotesque environment as a strange creature with a weird head and two meaty arms sticking out of it. And that doesn’t help when trying to move about. 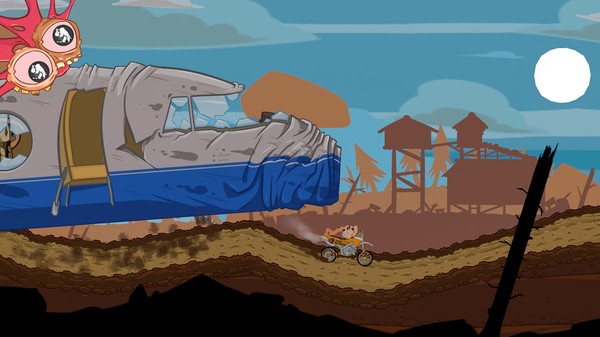 You can play Struggling in solo or two player mode, where in the latter scenario you both control an arm to help Troy move about. This happens when one arms holds on to something and the other one flails about trying to grab the next ledge, so you can imagine that this takes quite a bit of coordination and (in some cases) momentum. We found that it helped when both players had some solo experience with Troy first, as diving into the co-op mode right away is a surefire way to frustration.

While that core mechanic is undeniably “gimmicky”, the developers have crafted some excellent and creative levels around the concept – sometimes creating time pressure, and at other times doing something very creative which you wouldn’t expect Troy to be able to do. We’re keeping that vague so that you too can be surprised, but if you can overcome the frustrations then Struggling has some excellent set pieces to enjoy. 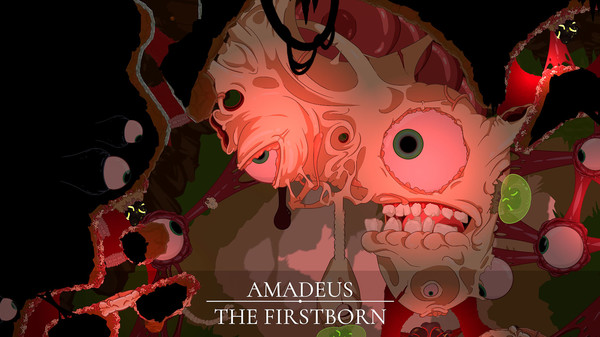 But yes – the struggle IS real. In addition to the tricky controls, you’ll also find that checkpoints aren’t exactly generous. While there are action sequences, the majority of Struggling will feel like a physics-based puzzler and you don’t want to feel like the controls are your worst enemy (and not the puzzles). Our advice would be to play solo, but the irony is that Struggling is actually more fun when played together – it just gets even more challenging when you do that.

The audiovisual style is worth mentioning as well, because although Struggling is filled with gore and grotesque designs the cartoon-like way it was all drawn makes it fun to watch, and there’s an excellent soundtrack to back it up as well. Physics-based puzzlers aren’t exactly a rare breed, but Struggling manages to be unique in a crowded space and provides a co-op experience you won’t get anywhere else – even if it comes with its own brand of frustrations.

This one barely qualifies as a port, as the PlayStation and Xbox versions of the game were released just mere weeks after the game landed on the Switch and on PC, but we didn’t want to pass the opportunity by to cover this fun old school arcade shooter. 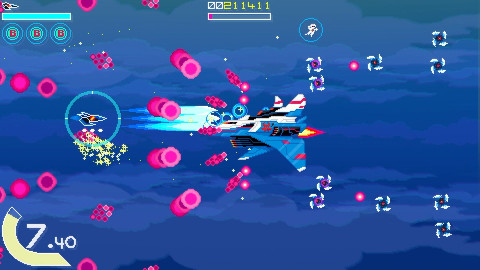 As a horizontal scrolling shoot ’em up, Star Hunter DX features the usual space pirates and bounty hunters in a plot that revolves around your crew that betrayed you. You’re Luna Starr, and you want revenge. You start out by yourself, but as the story progresses you’re joined by a robot called Cat-99 and another character called Edgar, giving you three distinctly different characters to choose from. They all have their own special weapons, from homing missiles to powerful lasers, so your choice is more about playstyle than personality.

You also have access to a special bomb attack, which you interestingly enough charge up through near hits. This rewards risky play – or helps players who were just lucky enough to not get hit by the enemy’s fire. You can also power up weapons, rescue astronauts and switch on a temporary bullet time mechanic, so despite its retro look and feel Star Hunter DX is very much a shooter with all kinds of modern day mechanics. 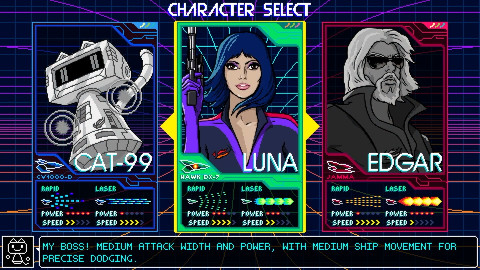 While the in-game visuals look a lot like a typical bullet hell shooter, with large, plentiful and colorful bullets, the artwork for the characters does add personality to the narrative – as do the brief interactions you have with the game’s bosses before your fight with them starts. The levels and boss fights might feel a tad generic, but with its diverse gameplay mechanics and characters Star Hunter DX is still a very worthwhile shooter for genre fans.

It’s on the short side with only six levels to complete though, so don’t expect a ton of lasting appeal because there aren’t any remix modes or anything like that either. Instead, it’s a short and sweet arcade shooter that offers plenty of quality at a budget price.

In a not too surprising move, Private Division has launched the Murder on Eridanos expansion for the Nintendo Switch version of The Outer Worlds, Obsidian’s beloved RPG. With this release, Switch owners have finally caught up with other platforms and now have access to the full range of content that’s out there for the game.

Because Murder on Eridanos is identical in content to the releases for other platforms that we discussed earlier, we won’t be diving into that aspect of the release. Instead, it’s good to point out that this new DLC release also marks the rollout of patch 1.5 for the game. While the leap forward in terms of visuals and performance isn’t as great as it was for earlier patches, it’s still worth mentioning because it does improve the Switch experience somewhat. 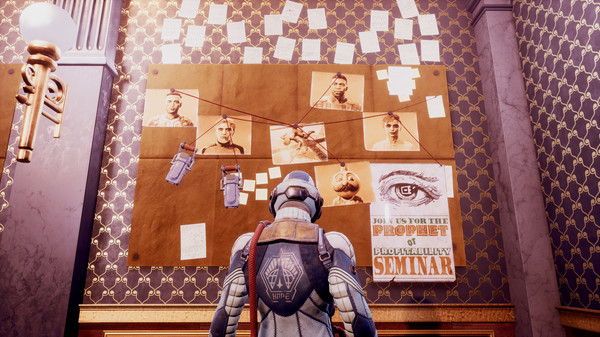 Part of that is the usual bugfixes, which are mostly UI-related. They’ve also added the usual “stability improvements”, but the biggest change comes from the fact that lip-synching has been dramatically improved. Now, in cutscenes, characters will appear to be speaking in sync with what you’re hearing, which is a big and noticeable improvement. The team has also improved the look of the Scylla, Monarch, and Stellar Bay environments somewhat, but obviously the Switch version still isn’t up to the level of the PS4 and Xbox One versions of the game.

The Outer Worlds has become a must-play title on the Switch though, especially with the post-launch technical improvements it received and all of the DLC content that’s now out for it. One of the top RPGs you can get for the platform, and a marvel to play in portable mode.