A closer look at three new releases, from the intriguing The Plane Effect and creativity sandbox that is Balsa Model Flight Simulator to the sugary sweetness of A Gummy’s Life.

We first laid eyes on The Plane Effect when publisher PQube shared a demo of the game during the summer, and we’ve been intrigued by the developers’ (Innovina and StudioKiku) work ever since. The game is now out on PC as well as consoles, and deals with a deceptively simple premise – get a man to return home from work.

The events in The Plane Effect are shown from an isometric perspective, and the art style and atmosphere are clear highlights. A lot of games throw the term “dystopian” around these days, but The Plane Effect absolutely nails it. The world feels gloomy and devoid of joyous human interaction – much like our protagonist’s view on life. There’s great use of shadows and light here, and the somewhat minimalist art style just emphasizes that this is a world where much is unclear and instills doubt and dread – with many visual effects that border on (or venture into) the surreal. Add a haunting soundtrack to all that, and this is an audiovisual story worth exploring. 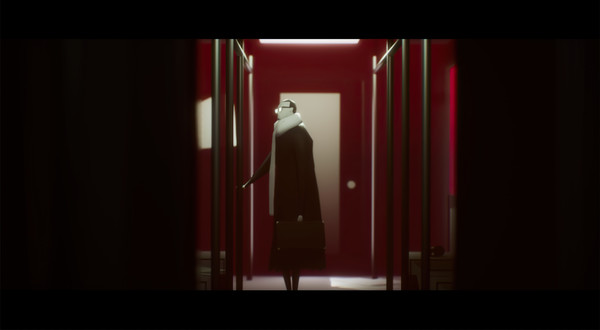 Obviously, if getting home was a simple case of getting from A to B then this would have been a short journey, so The Plane Effect uses puzzles and platforming sections to make sure that doesn’t happen. Unfortunately, these are the weaker parts of the experience, and they often detract rather than add to the audiovisual storytelling – which also includes some great visual effects where elements in the environment suddenly change.

Many puzzles are a case of finding an object and using it elsewhere in your current environment, though your objectives aren’t always clear and this can result in a bit of trial and error. Animations can signpost some of these objects and there’s a hint system as well, but I rarely felt the satisfaction that normally comes with puzzle games even when I didn’t use it. They rarely get in the way of the storytelling (unless you get stuck for a long time), but aren’t going to satisfy puzzle fans either. 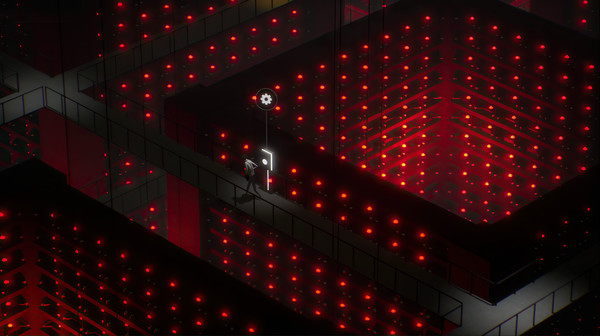 The same is definitely true for the platforming sections, which feels rather slow and clunky. It’s not particularly hard at any moment, but it does feel cumbersome and even frustrating when you end up falling or awkwardly find your way around an obstacle. Fans of puzzle games or platformers probably shouldn’t apply, but if you like visual storytelling in videogames then The Plane Effect is certainly a trip home worth taking.

Balsa Model Flight Simulator is out in Early Access

Earlier this month, we saw Balsa Model Flight Simulator launch on Steam’s Early Access program. And while developer Floating Origin Interactive might not be a household name, the game is being created by Felipe “HarvesteR” Falanghe, who is the former Lead Developer of Kerbal Space Program. Expecting plenty of physics fun, we decided to check it out. 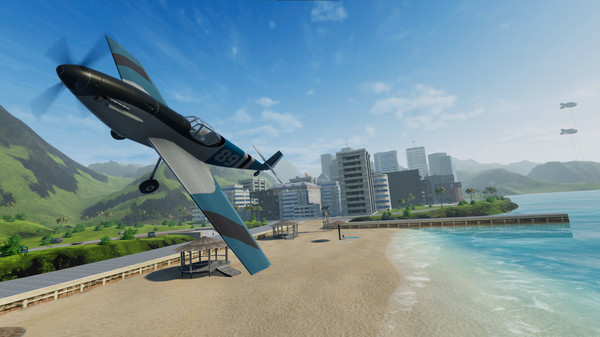 The “flight simulator” is one of the earliest videogame genres, especially for PCs. Most focus entirely on flying real life planes around though, from fighter jets to commercial airlines or even helicopters. Balsa Model Flight Simulator takes a different approach, and lets you construct your own model aircraft before taking it to the skies. And while that sounds similar to what other flight sims offer (in terms of the flying), there’s a major difference in how you can experiment with physics and aerodynamics.

The included editor lets you easily assemble models using a wide array of parts, after which you can also paint them to give them the look and feel you want. Our tip: make sure it flies properly before you do the latter, so you don’t put a lot of work into something you’ll have to trash. You’ll want to spend as much time flying as possible anyway though, not just because it’s fun to experiment but also because the game includes a number of different modes to play around with.

More will be added during the Early Access phase, but there’s even a career mode with challenges, a combat mode (where you fire paintball bullets) and racing – all in addition to the sandbox experience that’s at the heart of your model building and experimentation – though editing also extends to building your own scenarios and you can play online with up to 15 others too.

For us, the biggest charm about Balsa Model Flight Simulator has been how it takes away some of the limitations of legit aircraft, as your little models can turn at breakneck speeds that would generate so many G-forces that a pilot wouldn’t even stay conscious. This means that the building is fun and creative, and so are the scenarios you’ll face. Possibly the most fun flight sim out there, and it’s only in EA now.

A Gummy’s Life, by EP Games, previously launched on PCs and the Nintendo Switch – which feel like daring platform choices to us when it comes to the party game genre. The Switch market is dominated by Mario Party, while PCs are generally less common in couch multiplayer environments. The game’s now out on PlayStation and Xbox as well though, giving a new lease on life for the game that was previously released in 2018.

It definitely feels like A Gummy’s Life taps into the likes of Gang Beasts and Human: Fall Flat, with its physics-based gameplay and somewhat awkward to control characters – this time starring delicious sugar-rich gummy candies. Sadly only of the digital variety this time though….

Your candy characters look great, often resembling familiar favorites – but with arms and legs to make them a bit more human-like (and mobile). They all control in a very similar fashion, and the game gives you a variety of mini/partygames to try them out in. Quite a few of these are of the “last man standing” variety, which are all frantic and intuitive to play since they’re literally scenarios where you knock others down or make sure you’re the last one to be knocked down by an obstacle. Easy to get into, and anyone can win – vintage party game stuff. 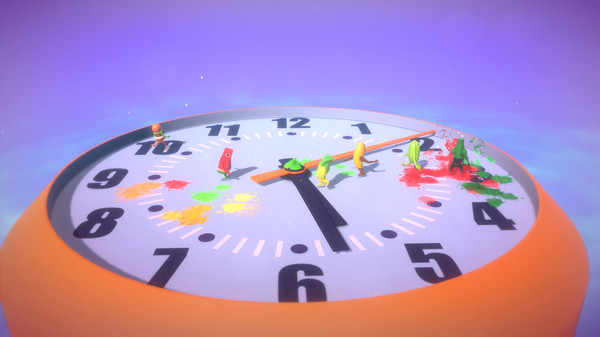 Other games are a bit more involved and give more advanced gamers a bit of an edge (there’s a gummy soccer game, for instance), but most of the games on offer are well suited to anyone willing to pick up a gamepad and play. It can be pretty chaotic, but that also means that most players will eventually rack up a win. As such, with its simple controls, this is a fun little game that doesn’t bring anything new to the genre (beyond its sugary sweet visuals) but is well suited to some family fun for all generations.