Sometimes the most exciting new releases aren’t all that new. Today we’re taking a closer look at three recent ports, as we check out Kerbal Space Program on PS5, Phoenix Point on PS4 and G-Darius HD on PS4.

It’s been quite the journey for Kerbal Space Program already, having initially launched on Steam way back in 2011 and then into its 1.0 release in 2015, with subsequent console releases a few years later when the Enhanced Edition took flight. Since then, they’ve joined a new publisher (Private Division) and announced a sequel, but before that arrives we’re first getting a next gen port of the game as well as a complete collection.

The collection, which includes the base game as well as the Breaking Ground and History & Parts content, is free to those who already owned the last gen versions of the game and expansions, although it doesn’t work the other way around. Smart tip: grab the PS4 versions and get the game for both generations!

As you’d expect, the gameplay experience in Kerbal Space Program remains untouched in the PS5 version. You’ve got your science mode that lets you build rockets, experiment and unlock new parts, and then there’s the career mode that also introduces management aspects to the mix, giving you full control over your entire space program right down to how you’re going to finance everything. There’s also a sandbox mode, but for us the science mode is the perfect starting ground and the best way of overcoming an otherwise rather steep learning curve.

You’ll still fail often, but because Kerbal Space Program features plenty of personality it’s always fun to push on and tweak your design just a little bit and try again. The console versions feature full gamepad support, but with the new PS5 version you also get keyboard and mouse support. We tried it, and although it feels quite strange to have that “PC feel” on a console it actually works great. If it weren’t for a somewhat awkward living room setup, we could see it being the default choice as well, but for some couch play we’re going to stick with our DualSense for now. 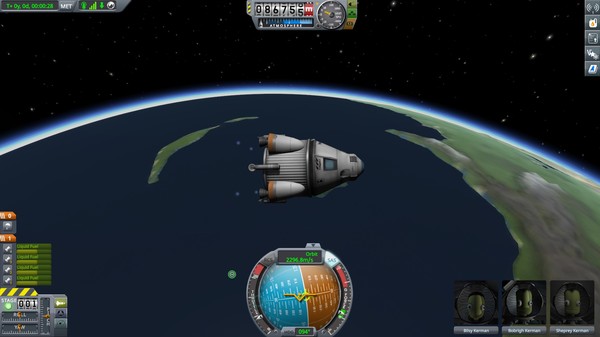 Also new (but perhaps harder to notice) in the PS5 version are higher frame rates and resolutions, but the biggest visual improvements come from enhanced textures and shaders – which become noticeable when playing in 4K on a large enough screen. It’s the definitive version of this runaway hit, and the free upgrade option makes it hard to ignore. We wish the menu text was larger/easier to read on our TV screens though – if there’s a “larger font” option we missed then please let us know.

It hasn’t been around quite as long as Kerbal Space Program, but Snapshot Games’ Phoenix Point is another title that first surfaced quite a while ago, with an announcement and subsequent crowdfunding game dating back about five years now. It’s since been released on PC and has received a number of expansions as well. Now, the Behemoth Edition has launched on the PlayStation 4 and Xbox One, with a free post-launch update for next gen systems on the horizon as well. 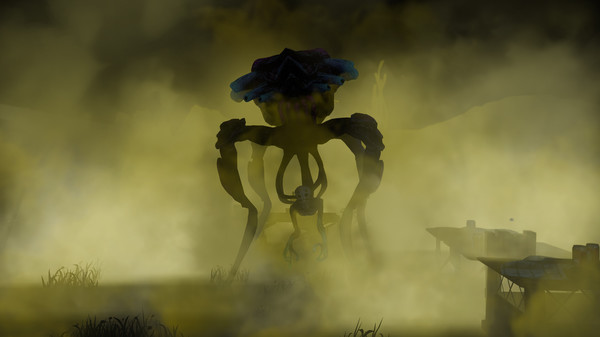 The console version includes the base version of the game that we reviewed earlier, as well as all of the expansions that were part of the Year One edition of the game: Blood and Titanium, Legacy of the Ancients and Festering Skies. So why not dub it the Year One edition on consoles? Well, the Behemoth edition also includes the brand new Corrupted Horizons expansion which wasn’t available on PCs before.

In Corrupted Horizons, a new virus strain pops up that corrupts your forces at an alarming rate, and in response you develop a new type of soldier that is a hybrid of humans and the Pandorans you’re fighting: the mutoid. A result of massive amounts of genetic engineering, they can be customized as you borrow from the gene/ability pools you’ve already unlocked through research and autopsies on enemy bodies. They’re also more resistant to corruption, but their drawback is that they need your mutagen resources and can’t be upgraded as much as regular troops can.

As you’d expect, the console version of Phoenix Point also features console-specific controls and a revised user interface. If you’ve played the PC version before then you’ll notice it looks remarkably similar on PlayStation, but with a major difference. The game’s menu systems remain largely intact, but you’ll notice that a lot of on-screen pointers are visible at all times, reminding you which gamepad controls correspond with what you’re trying to do. Games of this type are hardly ever intuitive on consoles and this solution doesn’t eliminate a learning curve for the controls, but having the controls on-screen is a big help in keeping things moving along and it’s done in a way that doesn’t make things feel overly cluttered either. The upcoming PS5 version will boost the performance up to 60 frames per second at a 4K resolution, but we had no issues on a PlayStation 4 Pro either, so if you enjoy games like XCOM on your console then this should be your next go-to title.

It hasn’t been that long since we’ve reviewed Dariusburst Another Chronicle EX+ and the Darius Cozmic Collection, but Taito’s legendary shooter series is back with G-Darius HD, a remastered port of the 1997 shooter that’s being published by ININ games. Those who (like us) enjoyed the various retro collections of the PS2 era might remember the original game from Taito Legends 2, but this is the first time it’s available on modern systems and it comes with a layers of polish as well.

As a game released in the latter part of the 1990s, G-Darius was one of the first arcade shooters to embrace 3D visuals even though it stuck to a traditional side scrolling formula. It didn’t go full 3D so what G-Darius does is capture a unique little transition period in which pixel art is combined with 3D fighters and bosses. The latter in particular brings a layer of visual depth to the game that gives the game such a unique identity, with its 3D on top of 2D look and feel.

G-Darius HD’s visual polish mainly applies to the 3D models in the game, which now look a lot sharper than before. It’s not a major difference from the original game, and the biggest visual change probably comes from the extra HUD elements that are used to fill up the black borders on either side of the screen (G-Darius was a 4:3 aspect ratio title). Other optimizations include gameplay tweaks that now let you save your game, track the online leaderboards or change the controls and visuals options. 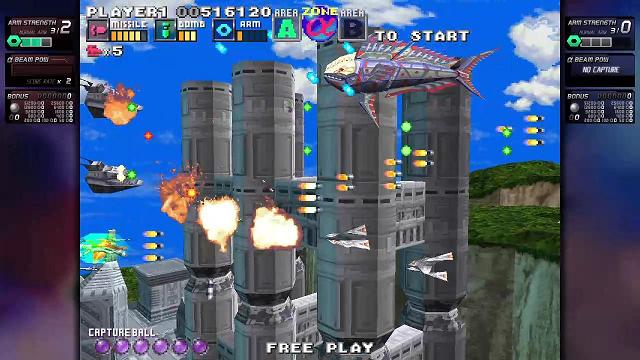 The gameplay is the star attraction here though, with a campaign that has branching paths and thus provides replay value. You also have the ability to capture certain enemies and bring them along for the rest of the level if you can keep them alive, which is a great touch – and they can be a great help during boss fights too, which are highlights in both the visual and gameplay sense. Often multi-staged in nature, these fights are lengthy and rewarding. The familiar Darius type of upgrade system also returns, and it’s easy to see why this is such an acclaimed series. We’ve had to wait 15 years for a new G-Darius release, but we’re glad it’s here.