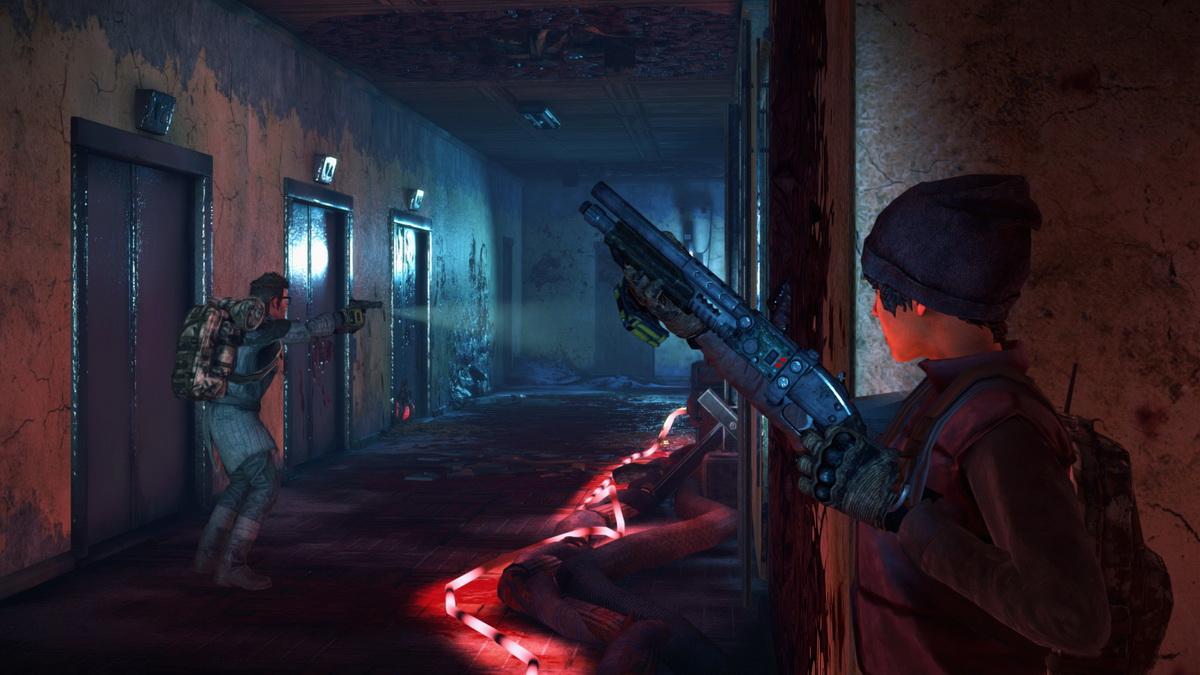 After a long wait, Vertigo’s follow-up to the celebrated Arizona Sunshine is finally here. After The Fall is out now on SteamVR, PlayStation VR and Oculus – though the version for the Quest 1 will follow in 2022. It offers full cross-play compatibility for its team-based gameplay, but the campaign can also be played solo with the help of AI teammates. We played the game on both PlayStation VR and an Oculus Quest 2.

We first laid eyes on After the Fall back in 2019, when we went hands on with it and did a preview of the game based on our in-game time with the developers. It was clear that it was an ambitious project, and that Vertigo was building on their experience with location-based VR as well – we played an enhanced version of Arizona Sunshine a year before, which showcased team-based mechanics.

After The Fall is an alternate future kind of game where the cold war of the 1980s didn’t end so well and the fallout resulted in literal cold covering the world and mutating those that live on it. Humanity’s fled underground, but squads regularly go to the surface to try and take out the “snowbreed” as they try to take back what was once their home.

You’re a part of these squads, and operate out of a home base that used to be a metro station. This is where you can upgrade your loadout as well, and exchange your handguns for a more powerful two-handed rifle as well. The latter is great when using a PlayStation Aim controller on PSVR, though the most immersive experience comes from the Oculus Touch controllers, which let you perform hands-on reloading for an extra reward (in the shape of ‘harvest’) too. If you’re more comfortable with a simplified method then that’s available too, and you can tell Vertigo’s been in the VR sphere for a while by looking at all the comfort options available.

The controls never feel quite right on PlayStation VR though, despite the fact that you have three options. The DualShock one is comfortable, but doesn’t feel immersive enough. Move controllers work much better in terms of motion controls and immersion, but movement always feels clunky, especially in the heat of battle. The Aim controller is the best option by far and is an absolute blast once you get used to its layout, though it naturally feels optimized for two-handed weapons and reloading with a button press isn’t all that immersive. The PlayStation VR version also felt a bit sluggish at launch, but Vertigo has already acknowledged this and is working on a solution/patch that we should receive soon. 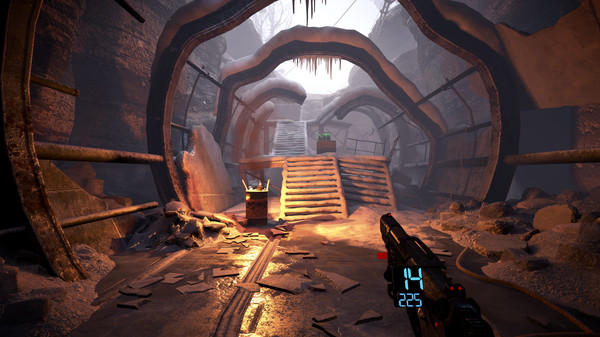 The game’s main mode is “Harvest mode”, where harvest is essentially just another word for loot. Here, you’ll play through stages and try to get to the end with as much harvest as possible – which you’ll acquire from fallen foes. There’s a story backdrop to each mission as well, but this mostly just works for your initial playthrough of each stage and every time you replay it after that it’ll just be about harvesting more resources. Levels all feature safe zones as well, so you can choose to spend some of your harvest on resources there as well. This can be useful, because if you fail to get to the end the level won’t unlock for replays and additional harvesting either. Falling in battle isn’t necessarily the end though, because you can be revived by a teammate or you’ll automatically revive if they carry on without you and reach the next checkpoint. Thanks for nothing, guys.

In addition to team-based play, you can also engage in PvP death match type gameplay through the “Tundradome”. It’s a nice and familiar mode, but also feels a bit bare bones, with only two maps to choose from and not a lot of gameplay variety – though we imagine this’ll be expanded upon post-release. For now, the core Harvest mode with its Left 4 Dead-esque gameplay is definitely the heart and soul of the game.

After the Fall looks good on the Quest 2, though it’s clear that the development team had to sacrifice quite a bit of visual detail in getting the game ready. Textures don’t look as good, the lighting isn’t as impressive and you can’t use a flashlight anymore even though it’s very immersive inside a poorly lit building. If you have the option to play the (bundled) PC version instead, you’ll notice quite the upgrade. We imagine that the Quest 2 version will receive some visual boosts in post-release patches though, as the team’s already working on optimizing the game for the original Quest and can use the extra resources on the Quest 2 to reintroduce some of the detail and effects.

The PSVR build sits somewhere in the middle, with graphics that are some of this year’s best on the platform but a few performance issues that need to be ironed out. This was on a PS4 Pro, so perhaps the PS5 fares better, but the way that levels and enemies rendered and moved wasn’t always at a smooth 60 frames per second for us. Regardless of issues, however, the world of After the Fall is a visually impressive one – capturing the world of the 1980s which was frozen in time after the apocalyptic events that transpired with subtle visual details, well-designed level layouts and the occasional cinematic interlude.

Speaking of different platforms – After the Fall supports cross-platform play for all platforms, which is a big boost for the lasting appeal of the game’s core gameplay. You can select higher difficulty levels as well, which should keep veterans more interested in the long term. A level playthrough will take most squads at least thirty minutes too, so you’re always in for quite a ride rather than a quick fix. The downside? Only five harvest maps/missions are available at launch, and it looks like more content might be locked behind season pass/DLC purchases.

This is the closest thing to Left 4 Dead we’ve played in VR though, and saving a buddy who’s about to be surrounded by tossing him a weapon or syringe is invigorating. We’d love to see a single player campaign in this setting as well, but perhaps that’s just our nostalgia for Arizona Sunshine talking. For now, it’s one of the better multiplayer experiences for VR out there.