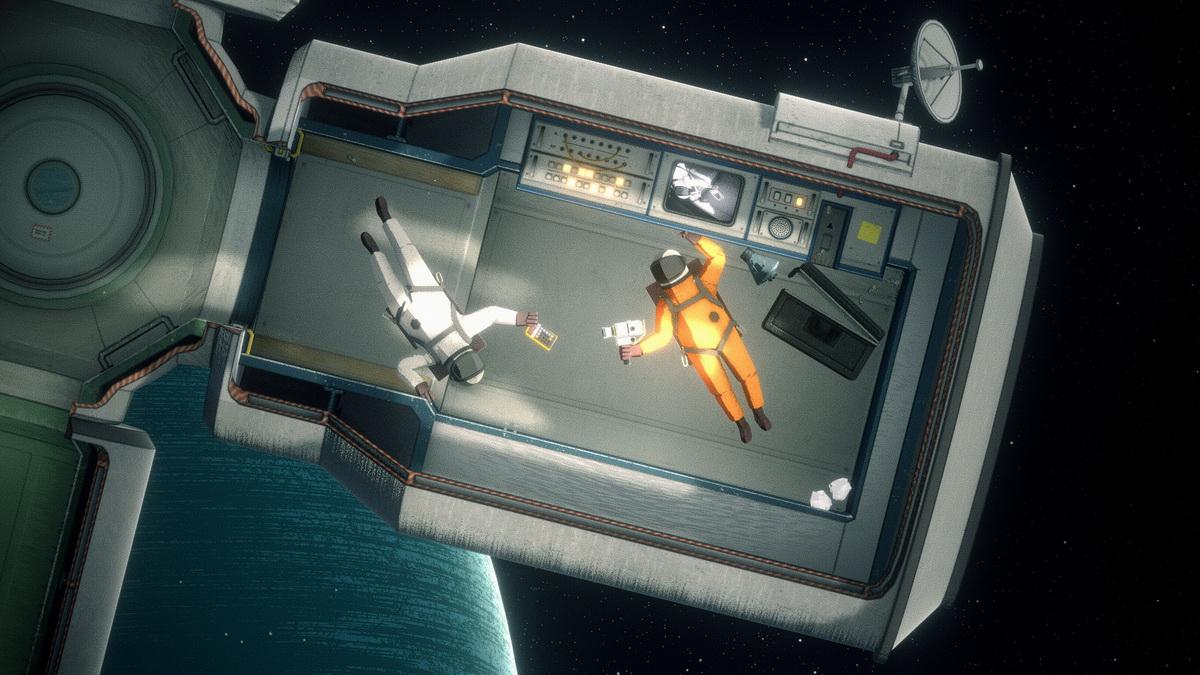 Heavenly Bodies by 2pt Interactive is a physics-based puzzle game that takes place in zero gravity and supports both solo and cooperative play modes. Out now for PlayStation 4 and 5 and PC, we took to outer space on a PS5.

This one’s a short experience though, and while most puzzle games give you dozens of levels (sometimes even more than that) Heavenly Bodies consists of only eight. They all take a while to complete and consist of a variety of tasks, but the end result is still a game that’s going to be over sooner than you want it to be – with about half an hour per level you’re looking at about four hours in total.

You’re controlling astronauts in space, doing all kinds of astronaut things – from performing repairs to going out on space walks and managing cargo. While that may sound like a simple matter of clicking a few buttons to perform these tasks, it’s definitely not. Instead, you’ll have to become good friends with gravity and momentum to move around, as the simple to learn yet difficult to master controls involve grabbing and releasing things with your hands (via the gamepad triggers) and raising your legs when needed (using the shoulder buttons).

There’s definitely a learning curve to Heavenly Bodies, and the bulk of that is getting to grips with the timing and nuances of the controls – your astronauts are essentially ragdolls, so getting them to do what you want is challenging. It’s fun that every level is essentially a checklist of tasks you need to perform though, so you always have a pretty good idea of how far along you are, and with so many different types of interactions this is a game that never becomes repetitive – even though it does have its moments of frustration.

If you want to extend your run, or dive back in afterwards, then Heavenly Bodies also features additional bonus challenges and hidden collectables – though going back in with a friend after playing through the campaign solo is easily the best reason to return. Although it’s fun to learn the ropes and overcome the challenges on your own, it’s a game that really benefits from co-op play, and grabbing each other just a second before your partner floats away into outer space never stops feeling good.

You’ll struggle as much (or more) trying to master the controls as you’ll wrap your head around its puzzles, but Heavenly Bodies is a fun and original physics puzzler that’s even better when played together.