Within the domain of indie games, one of the most interesting genres has games where gameplay is seamlessly interwoven with cultural relevance and history. Skábma – Snowfall is one such title, and is currently being developed by Red Stage Entertainment, who are getting it ready for a release later this month.

We had the pleasure of playing an early build of the game, which focuses on the Sámi culture in the north of Europe – their relationship with nature and their beliefs in the spirit world, which intersect with an adventure-filled story in a full campaign. With a mix of puzzle, 3D action adventure gameplay and narrative-driven storytelling, it’s one to watch.

We got in touch with Sahin Cengiz, director and designer at Red Stage Entertainment, as well as Marjaana Auranen, whose Sámi name is Eira-Teresá Joret Mariánná and who acts as a writer for Skábma. Here are their insights..

Even though people might not know it, Sámi culture can still be seen out in the world today – what are some good examples of this?

Sahin: Sámi culture has been visible in some of the popular animations in recent years, like Klaus and Frozen 1 & 2. Also there have been successful feature films like Sami Blood to present Sámi history and stories in the media.

Marjaana: Presentation in media, in our own terms and by our own people, is something that has happened just very recently but things are getting better, thanks to International Sámi Film Institutet (ISFI) that supports indigenous sámi filmmakers and scriptwriters. 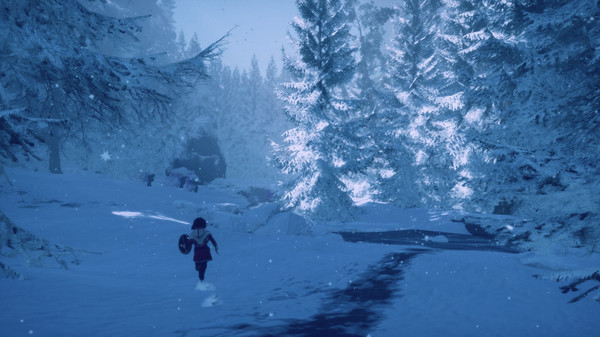 Sámi culture will be unfamiliar to a lot of people – what are some of the central elements to their culture that we can expect to see in the game?

Sahin: Nature and traversal plays a big part in the game. The main mechanic, playing the Sámi drum, Goavddis, is tied to the old Noaidi traditions. Noaidis were the healers and seers of the sámi villages. Some other elements seen in our game are of course living in and from nature: the villagers are reindeer herders so there are lots of reindeer to pet in our game. The Sámi ways and handcrafts are presented via multiple collectables the player can find from all around the game world.

The notion of spirits is one we regularly see in the mythologies of native cultures – what’s the role they play in Sámi culture?

Marjaana: In the traditional sámi belief system, nature is full of spirits. I guess that is where our respect for the land and every living being comes from; we are all part of this cosmic flow of spirits. Everything has a spirit and even people have multiple spirits/souls. In our game it means the player can talk to trees and people’s spirits. These spirits could be in the form of Familiars (spirit helpers), shaped as animals or people (usually ancestors of the person), who guided the Noaidi in their quests and travels. And there are also ancestral spirits living in the Upperworld, spirits living in Sáivu worlds (spirit realms), spirits of the dead etc.

When we were playing Skábma – Snowfall, we thought back to how well received Never Alone (Kisima Ingitchuna) was. What are your thoughts on that game?

Marjaana: To my knowledge the Inupiaq storytelling traditions remind a lot of Sámi traditional storytelling. The first book about Sámi, written by Sámi, was An account of the Sámi by Johan Tuuri in 1910. Before that we didn’t have the written language and stories were passed on by telling them by the campfires.

Since Sámi is an arctic culture as well, there are some similarities in the stories and myths: like stories about northern lights attacking you if disturbed. Our approach to story is however a bit different: whereas Never Alone chose to pick one already existing story and created a game around that, we decided to create an original story and include multiple story motives from different parts of Sámiland in it. 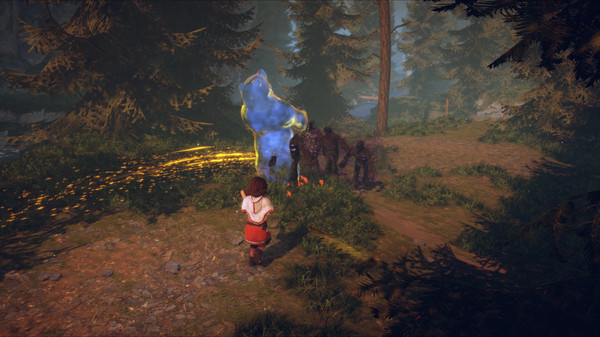 Sahin: Creating an original story we could make the game world bigger and not exclude different Sámi tribes at this point, in case we wanted to address them and their stories later. Not many people know this, but the Sámi people are living in four countries (Finland, Sweden, Norway and Russia) and there are nine different languages and cultures that vary from each other.

Marjaana: Also I felt that even if there is a real need to tell the old indigenous stories and educate people in that way, we also have freedom and maybe even an obligation, as indigenous storytellers, to create new content, renew our culture, so that the culture remains vivid and alive. We don’t belong to a museum, so every now and then we need to examine and even challenge the old ways, in order to find ourselves and our roots again.

How did the idea to design a game around Sámi culture first come about?

Marjaana: It was at the back of my head already when I was studying, in 2012. We had a group of Game Design students that created an idea for a Super Sámi game located in the Sámi spirit worlds. I guess it all started from there. When we started the company in 2017, there were multiple ideas of what we could do, including film and TV projects, but the Sámi themes were something that I personally felt I had to address: there was a deeper need to create something that had my past and culture in it.

Sahin: Also there hadn’t been any games about Sámi at that point so we felt it was about time to change that. The culture was fairly unknown to people and it was around that time Never Alone came and showed that people are interested in indigenous and diverse content in video games. Some part of me has always wanted to make games that have a deeper meaning and cultural value. So I immediately hopped on board when the idea was presented to me.

What have been some of the big design decisions you had to make along the way?

Marjaana: When we started, the game idea was super small and the design was leaning towards low poly… But since we were young and ambitious, the plans got out of hand and suddenly we were looking at a game that was AAA quality and length in both story and mechanics. At that point we had to pull the plug and return back to the drawing board.

Sahin: We did decide to continue with a higher poly style even if it meant longer dev time. However the realities made us scope down the game world and the story that originally spanned through all the different Sámi spirit worlds. We are an ambitious and talented team, but a very small one, and we can’t do magic tricks. Although we sometimes suspect our tech people to be some sort of wizards.

We have shelved a lot of the designed mechanics and concepts, hopefully for a sequel, but overall I’m happy with what we have managed to include in the game.

Skábma – Snowfall is gearing up towards a release on the 22nd of this month – what’s left to work on at this point?

Sahin: It’s more or less polishing and fixing bugs now. And fighting off the urge to add new things.

Marjaana: Hopefully soon there will be nothing to work on so we all can have a time off and rest a bit. Our amazing team has earned it.