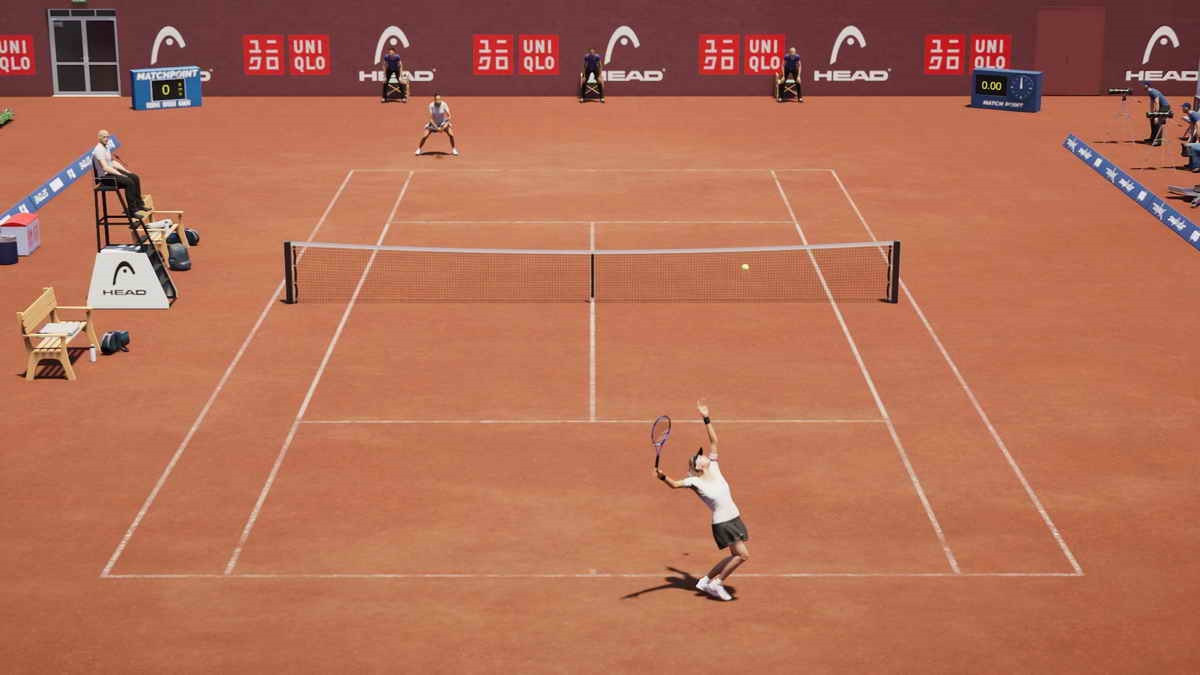 Matchpoint Tennis Championships comes out in a few weeks, and we recently got a sneak peak at the game – here’s our preview.

It’s been a long time since we had a new Virtua Tennis or Top Spin, but with AO Tennis and Tennis World Tour we had some newcomers on the tennis scene in recent years. Now, publisher Kalypso and developer Torus are getting ready to launch a new one, as Matchpoint Tennis Championships is getting prepared for a multi-system launch on July 7th. It’ll appear on PC as well as both last and current gen PlayStation and Xbox consoles.

Matchpoint Tennis Championships will feature a full career mode, and gameplay that focuses on aiming and positioning rather than “playing the UI”, where you’re watching a strength meter instead of where your opponent is on the court. It’ll feature a character creation suite where you can use licensed tennis gear, as well as a roster of licensed players. These include Nick Kyrgios, Kei Nishikori and Amanda Anisimova, and include Tommy Haas and Tim Henman if you go for the Legends Edition.

We recently attended a developer-led online presentation for the game, and even though the Australia-based developers were doing this in the early hours of the night they also made time for a Q&A at the end of the session. After the presentation, we were also given access to a pre-release build of the game, which we’ve been playing through Steam on a PC setup.

Having played plenty of other tennis game before, we jumped right into a few matches after booting up Matchpoint Tennis Championships and playing a brief tutorial, and we were impressed with how quickly we were up and running. In our first match we went 0-2 and 1-3 down in games, but managed to turn things around and win the set. A good learning curve, while not swaying the game towards becoming too easy or to difficult, made it fun to pick up and play, and we got more comfortable we started experimenting a bit more with different shots and strategies. You can rush up to the net, hit stop volleys or stay back and try to get your opponent out of position with power shots – the game doesn’t force you into one particular style of play. 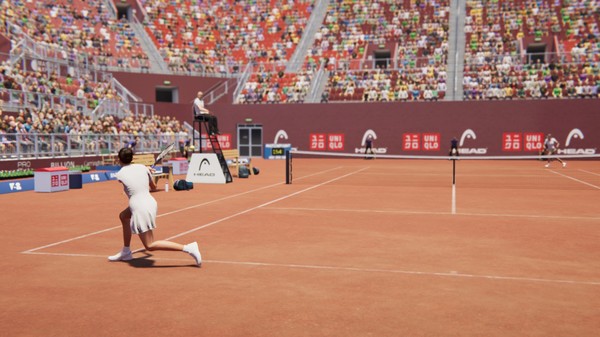 What’s also nice is how well the players move on the court, with a default camera angle that looks very TV-like in how the game is presented. There’s an alternate camera angle where you’re right behind the player that didn’t work as well for us, but perhaps that’s just a case of needing more practice. Licensed players like Kyrgios and Paire also look instantly recognizable, though we were less impressed with the likeness of Tim Henman. And while the roster isn’t the most important part of how a tennis game plays, the lack of players like Federer, Nadal and Djokovic can’t be ignored either. While Carlos Alcaraz might be a future top 3 player and Deniil Medvedev briefly ranked as the world number 1 earlier this year, they lack some of the star power and built-in fanbase that other players have. This is something you’ll mostly notice during multiplayer games though, which are restricted to licensed players, and won’t affect your career mode very much as you’ll play with a created character there.

With just over a month left until the release, there are other areas that will need a bit of polish though. A few will quickly be fixed, like the commentator calling “match point” when it’s not or serve aces not showing up in the stats, but other things will require more work and we’re curious to see what makes it into the final product. For example, we’re curious if the commentary will be expanded/tweaked a bit, as it only seemed to ‘turn on’ for game/break points – presenting them as ‘so important’ even when the score suggests otherwise. We’d love to hear the commentator provide more commentary on the buildup of a point or the quality of a winner, but (as with other tennis game) this is limited to the point of being a tad predictable/repetitive at the moment. The same is true for the crowd, which doesn’t seem to react much to the play either – none of the usual mid-point gasps or cheers, and no euphoria after a great point either. Again, not something that other tennis games excel at either, but it could do wonders for the immersion factor.

Another element we’d love to see get tweaked just a bit is the ability to hit running forehand/backhand winners, which are thrilling shots to pull off in real life but Matchpoint seems to favor shots down the line at this moment – mostly because the default direction for any shot’s aim is opposite of where your player currently is. We’ve rarely gotten to play a tennis game pre-release though, and Matchpoint Tennis Championships has a ton of promising fundamentals with core mechanics that deliver a decent game of tennis that looks the part as well. We can’t wait to tackle a full career once the final game is here.