Metal Max Xeno Reborn, from developer Kadokawa Games and published by PQube, brings back a franchise that mostly flew under the radar when Metal Max Xeno launched just a few years ago. This new “Reborn” version is available for Switch, PC and PlayStation – we tested the PS4 edition.

The fact that the name Metal Max is so similar to Mad Max isn’t a coincidence – this game takes place in a postapocalyptic setting, not unlike the wastelands that we saw Mel Gibson traverse about forty years ago. Gameplay-wise this game is nothing like the Warner Bros. videogame though, as Metal Max Xeno Reborn is a JRPG – one with plenty of character of its own. The original non-reborn version was met with a lukewarm reception though, and this is the attempt to put things right.

The protagonist of this story is Talis, who we find in a world that’s close to extinction after a supercomputer (with the rather innocent name Noah) decided to turn against mankind with nuclear weapons and an arsenal of robots. In the fight for survival, huge mechanical tanks are your biggest assets in the fight, in a plot that’s part Judgment Day and part Mad Max – definitely an interesting setting for a videogame. 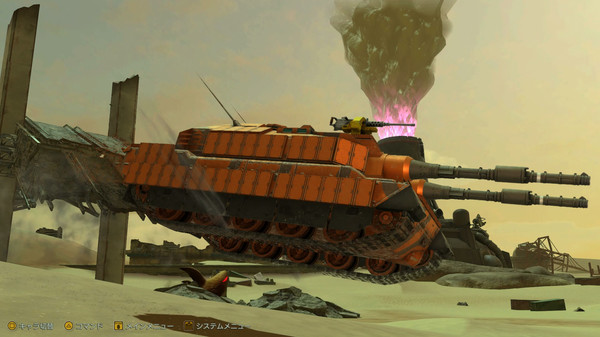 The writing has its ups and down though, especially when it comes to dialogue. Characters tend to be rather caricature-like and don’t have a lot of depth to them, and the fact that the English translation can look awkward doesn’t help either. You’ll also notice that Metal Max Xeno Reborn certainly isn’t the best looking game out there, and we’d forgive you if you were surprised to learn that the original is actually a PS4-era title as well. Looking at them side by side makes Reborn look a tad more polished, but it still doesn’t go beyond what we were playing in the late PS2 or early PS3 era.

Luckily, the gameplay is largely solid, with a campaign in a large world even though progression through it is tiered – you’ll need to upgrade enough to get past certain blockades. Combat is the key method through which you advance, and although things feel more streamlined than they did in the 2018 original they could have improved the game even more by easing newcomers in with better tutorials. Even after putting in more than 10 hours, I still can’t say with full confidence that I can explain or even understand all the mechanics – I’m still chalking things up to ‘randomness’, though I guess that plenty of players will enjoy that.

Metal Max Xeno Reborn features a nice mix of real-time and turn-based elements in its combat, where you get a sense that conflict is always raging around you even though your own battles still revolve around selecting the right attacks and moves once it’s your turn to go. This is true for both ground units and tanks, though the latter give you a few more options as you have a range of weapons and skills you can equip, and ammo reserves and repairs to manage. 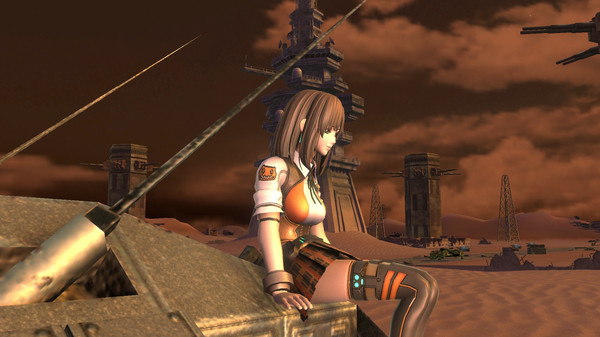 This new ‘Reborn’ version isn’t just a polished version of the original game with things like more interesting dungeons, but also includes new elements. One of the more interesting ones are ‘bounties’ of sorts, where you chase after monsters that all require specific tactics and sometimes loadouts if you are to successfully take them down. Even though they’re optional, they’re fun and represent some of the best battles that game has to offer, so we recommending seeking them out when you can.

Also new is Pochi, who you can recruit to your team. And while “another team member” sounds generic, Pochi is a little dog and doesn’t just look cute – he also has a few special abilities, can weave through enemy fire because of his small size and even be upgraded. Because he’s so adorable it’s incredibly sad to see him get crushed by a giant tank in combat though…

Metal Max Xeno Reborn is an okay title and certainly an improvement over Metal Max Xeno, but ultimately it doesn’t live up to the beloved status of the original games in the series. If anything, it shows that the developers themselves still believe in the franchise, so it’ll be interesting to see what they create when they make a new game from scratch.