While Sonic Origins sounds like a prequel game on paper, it’s actually a collection of four of Sonic’s early adventures with a host of extra features that’s out now for all major systems. We playtested it on a PlayStation 5.

Sonic’s old Sega Mega Drive/Genesis adventures have been popping up on consoles regularly over the past two decades, starting with a collection of 16-bit titles on the PlayStation 2 and a whole host of individual and bundled releases on all sorts of systems after that. Gamers everywhere have had a chance to play these, so we were curious to see if Sonic Origins was going to bring anything new to table – especially for longtime fans.

Included in the bundle are Sonic 1 and Sonic 2, a mashed together version of Sonic 3 and Sonic & Knuckles and Sonic CD. It’s a shame that some of the lesser known spin-offs like Sonic Spinball and Dr. Robotnik’s Mean Bean Machine aren’t here, but I suppose they have to keep some room for an anthology release of sorts at some point. And with the extra trimmings included, this is the best way yet to play these four classics – five if you could Sonic 3 & Knuckles as two games.

For us, the most interesting addition to Sonic Origins is that you can play these games by themselves, but you can also play them as a story mode that links all of them together as if it was a single campaign. Because all of the games are 16-bit era titles and have a consistent look and feel to them, this works remarkably well, and even though we never thought of these early Sonic titles as “story-driven” it’s nice to see and experience them this way, with animated cutscenes bridging the story in between games. 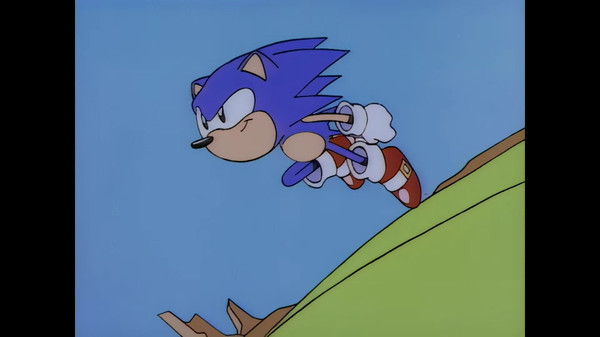 Story mode also highlights the natural progression in between games, adding new mechanics with each entry right up to Sonic CD’s time travel/alternate timelines mechanic and the increased variation in the latter games in the series. When you go years in between playing these you won’t notice the differences that much, but it’s fun to see the series grow gradually over the course of a mostly coherent adventure.

While you can play the games in their original 4:3 format, the “Anniversary” mode gives you widescreen format along with a few gameplay tweaks. You get unlimited lives/continues too, and the ability to drop down with a dash, Sonic Mania style. Modern conveniences for those who never played under the strict rules of old school gaming (where saving a game was often not even possible for technical reasons), but it’s nice that purists can play with these changes turned off as well.

New are the coins you can collect and apply to things like retries on special stages (for the unlockables that come with completing them), or towards content that you can unlock direct in the in-game museum, which contains additional music and “making of” materials – some of which you definitely haven’t seen before because they relate to the things that were developed just for Origins, like the new animations. You’ll gradually earn coins, and thus will gradually unlock everything, though you can speed things up by playing “boss rush” or the new mission mode that gives you unique challenges that force you to play levels in very different ways – avoiding all of the included rings, for instance.

Sonic Origins is about as good a package as you’ll be able to make for these early Sonic games, with a good selection of new modes and features, excellent presentation and some fan service in the shape of extras. Strip it down to the four games that were included and it’s a fairly pricey bundle as these were all previously released, but fans will appreciate the attention and love that went into creating this – thus far the best way to enjoy the hedgehog’s early antics.